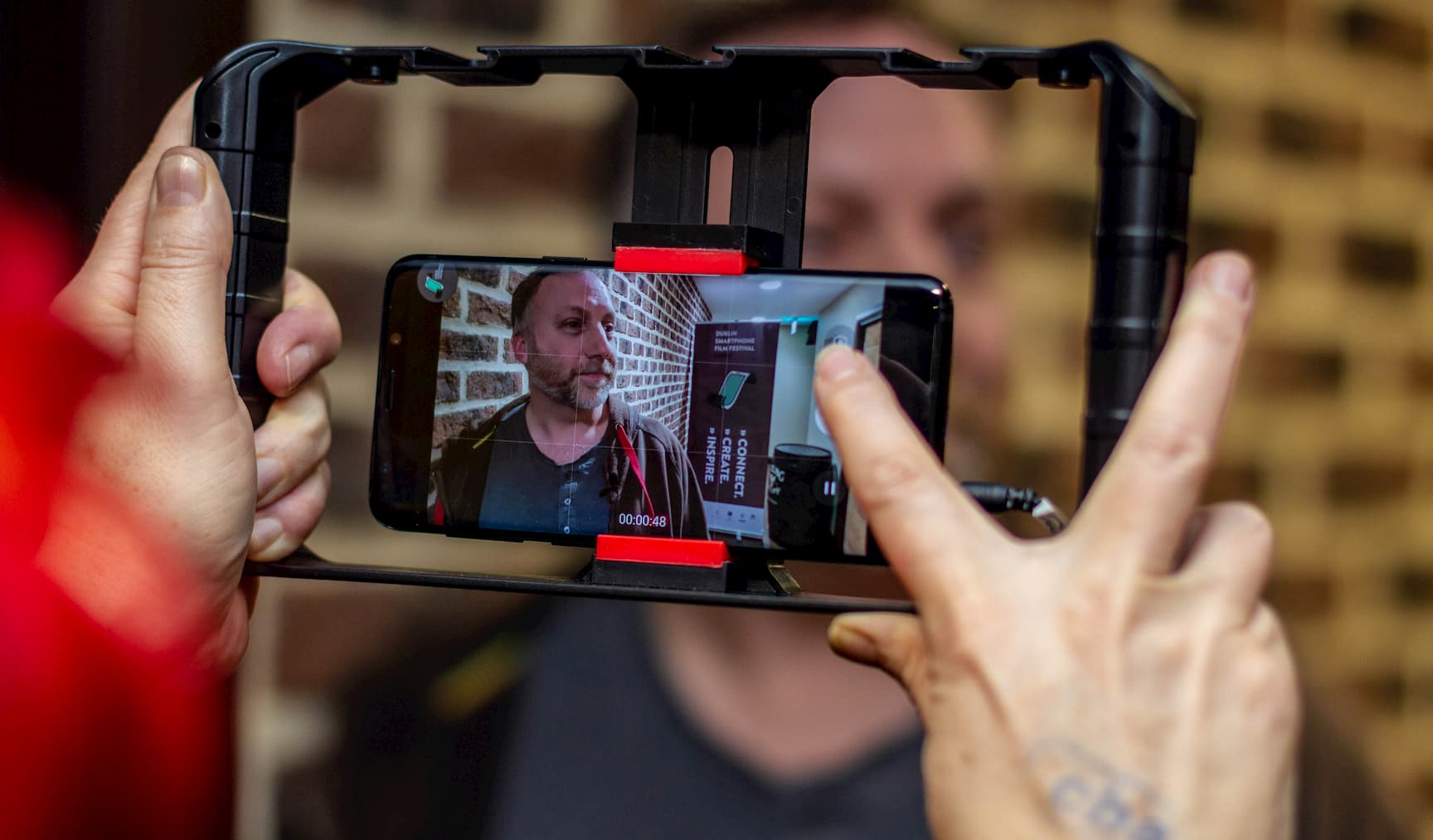 It’s that time of year again! We’ve been supporting the Dublin Smartphone Film Festival for the past three years as a media partner and loving every second of it. We love everything about tech that breaks down barriers and lets people do more. Film making has been totally disrupted thanks to smartphones and this month, you can once again enjoy just how creative the filmmaking community has become. Come along and enjoy the third annual Dublin Smartphone Film Festival which celebrates the very best in movies and shorts shot using only smartphones.

What you need to know about the festival

The festival was founded by Robert Fitzhugh, a filmmaker who has previously worked for the Reel World Film Festival in Canada and more recently as part of the PR and marketing team for the Fingal Film Festival. Now in its third year, the Dublin Smartphone Film Festival is Ireland’s only International Film Festival dedicated to filmmakers exclusively using mobile devices. The event takes place this year on the 25th January 2020 where the festival will screen a selection of short films, documentaries, animations and music videos, along with an educational workshop.

With over 200 entries from more than 25 countries, Awards Categories include Best Fiction, Music video, Documentary, Animation, and Best 360/VR film with entries restricted to no longer than 15 minutes in length. The festival programmers have assembled an outstanding program with strong original concepts and inventive use of the technology. This year we have teamed up with Teeling Whiskey and Pair Mobile to put together the event with outstanding prizes from Feiyutech Ireland, Shoulderpod, Axisgo, Indievice and Shoulderpod to provide amazing prizes for category winners.

Festival organiser, Robert Fitzhugh, said he “could not believe the success of the festival in the past two years. We sell out each year before the doors even opened. It really demonstrated to us just how popular the notion of Smartphone Filmmaking has become. This year it’s been even bigger. We doubled our submissions and the quality in just two years has moved forward at a phenomenal rate. With smartphone films like Stephen Soderbergh’s High Flying Birds there has never been a more interesting time to explore smartphone filmmaking. This is what the Dublin Smartphone Film Festival is here to do; to encourage the next generation of filmmakers to create their stories using their phones and to provide them with a platform to present these stories to a wider audience”.

The Dublin Smartphone Film Festival will take place in the Teeling Whiskey Distillery in New Market on the 25th of January starting at 7pm and running until late. Tickets are just €15 and can be bought on the festival’s Eventbrite page.