Back in the Eddie Jordan and Eddie Irvine days of Formula One, EA Sports released a cracking management game. You controlled every aspect of the team from part development, hiring drivers and bringing in sponsors. Many hours I lost to it. Unfortunately, F1 management sims are a niche interest and there hasn’t been a follow-up. Until now. F1 has teamed up with Hutch games to create F1 Manager.

What is F1 Manager?

The similarities between EA Sports’ F1 manager and it’s modern mobile counterpart from  Hutch Games are few and far between. Beyond the titles and the sport, there’s not a whole lot to compare. Modern mobile gaming is a completely different beast. Traditional desktop game titles focus on the deep details. Mobile games focus on quick experiences you can enjoy on the bus. Quick experiences which can be deeply addictive and easily monetised. But there’s a balance to be struck for mobile games and I feel this new F1 Manager game does it.

What Do You Need To Do In F1 Manager?

F1 Manager gets the balance between fun and scratching an F1 fan’s itch for the sport perfect. To begin, you start your own team including your racing livery. For non-F1 fans that’s the car colour and graphics. You start out with two drivers that you’d normally see towards the rear of the grid on race day. Once you have your car prepped and your drivers ready to go, you’re set to take on series one also known as “The Beginning”.

These races are based on a duel format which adds some extra excitement. You’re always taking on another person playing the game from around the world. After a quick simulated qualification run, you and your competitor take your position on the grid for an eight-lap race. During the race, your ability to strategise comes into play. As with F1 in the real world, there’s no refuelling allowed. You can only choose which tyres your cars will run on, opting for one of three tyres; soft, hard or wet. Really that means for most races you only choose between two; soft of hard.

The soft tyre makes your car go faster, but degrades much quicker, typically lasting for between two and three laps. The hard compound tyre can last anywhere between three and five laps. However, you can also push your driver harder which burns more fuel and wears down the tyres faster. When the tyres start to lose grip, you need to pit your driver.

Pitting takes a few seconds and there are a few things to consider. Remember, you can’t refuel your driver, you can only change tyres and tyre compound. Basic pit strategy comes down to two things; the number of pit stops you plan to take in the race combined with the when you choose to take them. For example, the last thing you want to happen is pit two cars at once, making your second car have to wait for the first one to leave.

There are a few other things that can happen during a race. If there’s an on-track accident, the safety car may come out. This will immediately impact your pit strategy as you get an almost free pit-stop as cars drive slowly around the track. Great if it happens just before you planned for a stop, but a disaster should the safety car appear right after you make your stop.

Cars can also break down and have errors. This can be fixed, but it’ll require a longer pit stop.

How Do You Win While Playing F1 Manager?

The goal of F1 Manager is to score more points than your duel rival. Remember, you both have two drivers so it’s the combined team score that matters most. When you win, you’re awarded upgrades and coins which you can use to upgrade your car parts, drivers and even buy booster kits. 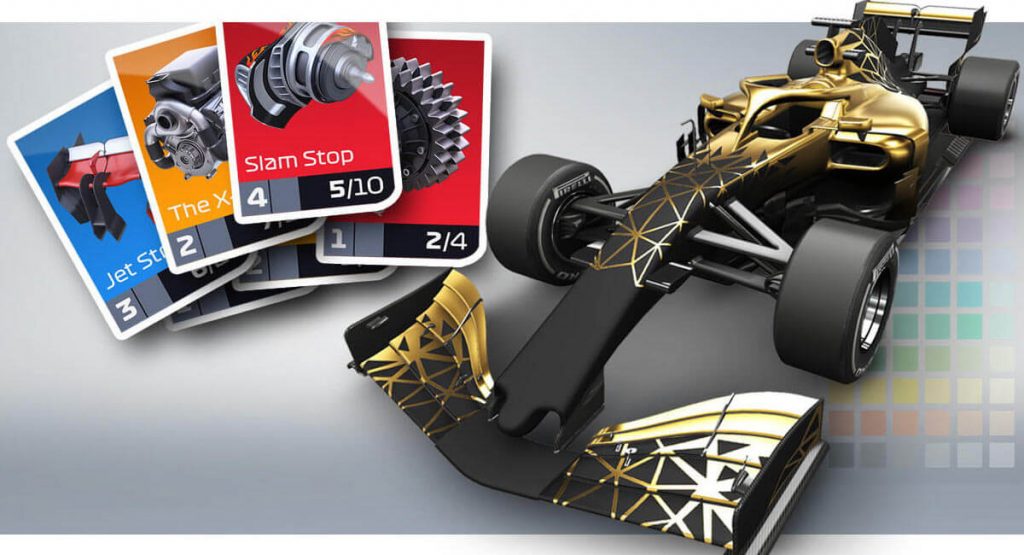 Which leads me onto the in-game microtransactions. Microtransactions ruin the vast majority of games this feature in. These are in-game purchases which allow you to buy upgrades faster, buy coins to enter more races and buy extra customisations. I can see how some mobile gamers willing to fork out extra cash can gain a winning edge. With that said, I’ve been playing for a few weeks and haven’t really found the fact I’m not throwing cash into the game much of a restriction.

So after a few weeks of playing F1 Manager on mobile, I’m impressed. It’s a pretty simple game that’ll quickly have you in a rhythm of racing against opponents three or four times a day. It’s great to have an F1 management game to scratch the itch on a race weekend or even fill in the breaks if you’re an F1 fan. If you wanted a little something extra to scratch that itch for speed this weekend, remember Golden Mondello is streaming on Netflix from Monday at 7 pm.

F1 Manager is available to download for Android and iOS.