Home Reviews Gadgets Electric Scooters To Be Legalised In Ireland By 2021: Is That Too... 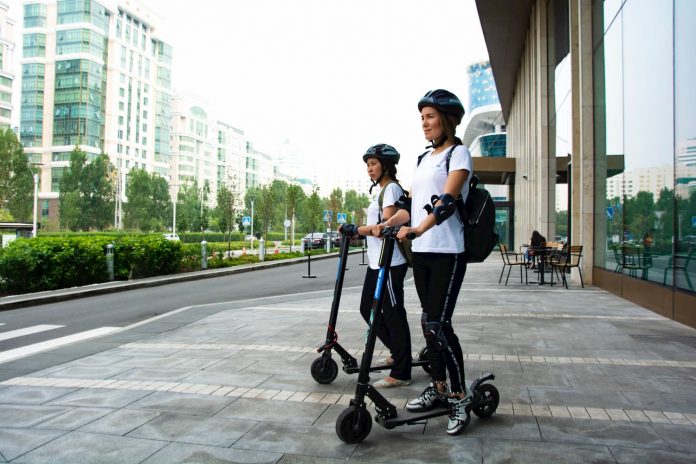 Forgive me, but when you’ve seen a can kicked down the road for two years not all progress is good news. It’s emerged today that the Department of Transport plans to legalise electric scooters in 2021 but is that really good news for electric scooter owners?

I’ve been writing about electric scooters in Ireland for some time now. The main focus has been their legality on Irish roads. After seeing an electric scooter rider get five penalty points and being stopped myself by Gardaí, I stopped riding mine.

However, thousands of others see them as a great alternative to public transport. Despite promises of action for years, two governments effectively did nothing and the scooters remained illegal to use. Today, the Department of Transport confirmed that electric scooters would be legalised in 2021, but this is unlikely to be considered news. The Programme for Government always stated that scooters would be legalised, however, this is the first time a timeline has been publicised.

The problem with Government and Eamon Ryan promising legislation in 2021 is that thousands of electric scooters are on our roads today. Ahead of a busy Christmas period, the likelihood is that, despite their illegality to use in public spaces, electric scooters will be a top seller this Christmas.

In a recent Dail Debate, which came to my own attention while being interviewed by RTÉ’s Justin McCarthy, Deputy Darren O’Rourke asked of the Justice Minister, Helen McEntee, what the stats were for Garda interventions with electric scooter riders, sometimes I’ve asked the Garda Press office for several times only to be told they would not be able to acquire such stats easily. The Justice Minister brought the stats to the Dail and they are very interesting.

The Justice Minister outlined that this were cases of dangerous or illegal use of e-scooters. The sharp uplift during July to October of this year is particularly concerning. People are turning to electric scooters as an alternative to public transport but in turn are also seeing a sharp increase in scooter seizures. The number of reported collisions has also increased which is to be expected with increased usage.

The good news to emerge over the past few days is Eamon Ryan’s plan to legislate for electric scooters in 2021. As I said, it’s nothing to get too excited about given the plan was always to legislate in this space, but Ryan did give us our first look at what his approach would be.

First of all, I refuse to celebrate this progress for a few reasons. It should have been done a long time ago and there still remains plenty of space for Government to continue kicking the can down the road to late 2021 and beyond. Also, my greatest fear is illogical legislation which introduces non-sensical and prohibitive regulations on speed or areas of permitted use.

The good news was Ryan confirming that last week, his Department did commence work on drafting changes to legislation. Exact timelines were not provided but Ryan did mention the process was “complex”, raising my fears again slightly.

One of the biggest question marks that is rarely talked about is private scooter ownership versus public shared systems. I’ve seen quite a few politicians popping up in support of shared systems suggesting substantial lobbying going on behind the scenes. I wasn’t personally a great supporter of shared systems unless they can be introduced without impacting pedestrians and vulnerable members of the public. However, technology has progressed significantly in position tracking and laws have taken so long that any share company I’ve spoken with has seemed clear that this was a primary concern they shared with plans to overcome.

Ryan cited that “localised trials”, similar to those in the UK, “have not consistently been either successful or useful, particularly in jurisdictions with similar legal frameworks”. Basically this means that until scooters are legalised, nothing changes and when change comes it might be overnight. It also suggests that scooters may just be legalised without specifying a difference between private ownership and shared systems, which could spell trouble.

When Will Electric Scooters Be Legal In Ireland?

How long is a piece of string?

The government doesn’t have a habit of moving quickly on topics which genuinely impacts day to day road users. Ryan did clarify that “until new legislation is in place, the use of electric scooters, whether privately owned or rented as part of a sharing scheme, will remain illegal”. For me that’s a massive issue ahead of Christmas and also with thousands of electric scooter users already on our roads.

They are all potentially at risk of being stopped by Gardaí, having their scooter seized, receiving a fine and a court date.