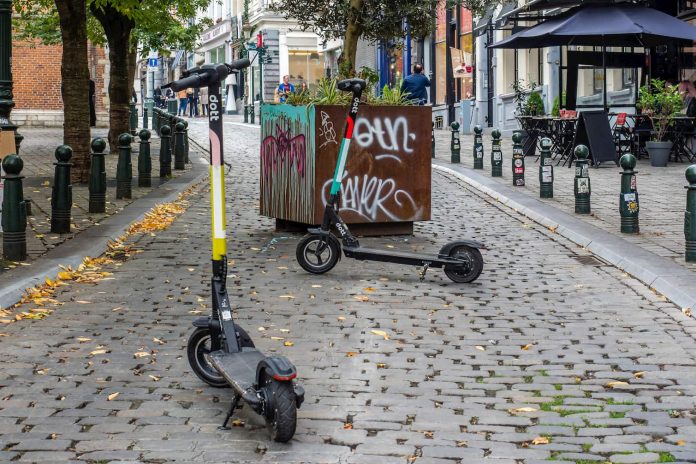 It’s safe to say there have been some mad headlines in 2019. Most recently, the approval of the white water rafting facility in the IFSC has been greeted with anger. People are tired of seeing projects like this quickly being approved quickly while transport cycling infrastructure projects like the Liffey Cycle Route are being pushed out to 2024. I’m quite annoyed to say I’m adding another ridiculous headline to the pile as one of the State’s first court cases which saw an electric scooter rider up before a judge took place today. The result? The electric scooter rider was given five penalty points and a €300 fine.

Electric scooters and the law in Ireland

I’ve written in the past about electric scooters and the law in Ireland. Much of what I’ve said in that article was based upon a complete lack of legal precedent and guidelines from the Road Safety Authority of Ireland which has since been updated because it was misleading. However, without legal precedent, it was unfair for me to comment further.

An Garda Siochana have taken a stance that electric scooters do not fall into any grey area. They’re illegal on Irish roads because they are a mechanically propelled vehicle which you cannot insure within the State. Again, until today I would have argued that this was a grey area given the original guidance issued by the RSA combined with the Government’s apparent start to work towards legalising these handy ways of negotiating congested cities.

Unfortunately, electric scooter riders today around the country have taken a massive blow as the first case of an electric scooter whose scooter was seized for driving uninsured has been through the courts. I’ve spoken with the rider asked me not to name them in this article.

Scooter rider gets fine and penalty points in Ireland

Earlier this year, the scooter rider had been pulled over by a member of Garda Traffic who seized the riders scooter and requested they produce proof of insurance. I was actually stopped myself and told to go about my business, despite apparently breaking the exact same law as the defendant I spoke with today.

While I was sent on my way, the other scooter rider had their scooter seized and they were sent into the Irish Court system to await their fate. Today, a judge handed down the ruling that the scooter rider was indeed considered to be driving a mechanically propelled vehicle uninsured and as a result, handed five penalty points and a €300 fine.

The judge said that regardless of many electric scooters including the one in question requiring a push start from a person, the scooter remains a mechanically propelled vehicle. According to the defendant I spoke with, the judge showed no interest in the RSA’s previously misleading information which was also shared online and with me personally by An Garda Siochana, the fact Road Traffic Laws date back to 1961 or that the Government is currently re-evaluating the road traffic laws because of electric scooters.

Instead, the judge handed down the five penalty points and €300 fine.

Verdict on the Verdict

You won’t get any middle of the road journalism from me on this topic. I’m fuming. I, myself, am an electric scooter rider. It’s my main mode of transport in Dublin City, a city which is being suffocated by the sheer volume of cars and the fumes that they generate. Our public transport is creaking under the weight of an entire city needing to get around. Electric scooters and other modern modes of transport could really go a long way towards taking cars off of our roads and relieving some of the pressure on our public transport systems.

But no. Instead, this green and efficient mode of transport is being demonised and the people who opt for it are being put in front of judges to be treated like criminals. There’s a certain logic that fails to click here for me.

Technically irrelevant, I feel this point goes some way towards showing why treating an electric scooter the same as a car is massively ridiculous. While government and lawmakers should be bending over backwards to encourage a clearly popular mode of transport, instead resistance at all costs seems to be the order of the day. A more relevant context might be comparing to the recent law introduced to protect cyclists. A recent law introduced to protect cyclists would lead to motorists being given a €120 fine and three penalty points for overtaking a cyclists to closely.

In my experience, cyclists are generally happy to share their lanes with scooters and want to see more scooters and fewer cars.

I’m not sure where we go from here. The defendant I spoke with has a right to appeal so fingers crossed they do and it’s a success. I wouldn’t hold my breath for Shane Ross to get the finger out and actually have the Department of Transport act upon both the report into electric scooters and the public consultation.

Both, to my knowledge, are somewhat favourable towards practical legislation being applied but I have no faith in Government to do anything logical any more. If you want me to go full tinfoil hat, I also feel like this heavy-handed approach to scooters is to try to stem the tide of Christmas purchases. Gardai have been out on the streets with renewed eagerness to seize the scourge that is electric scooters from our streets.

For me, the greatest shame is that this has set a legal precedent I can no longer ignore. The scooter is going to have to be parked up until something changes. I really do hope that something does indeed change, but now only time will tell. Why am I parking the scooter? Motor insurance premiums in Ireland are already also an item making headlines over the past few years. Five points would make my insurance premium go through the roof so I simply can’t risk it. For the record, here’s a video from back when the grey area was greyer and I tried to get electric scooter insurance.

What do you think of that yourself? Let us know in the comments below.