Home Reviews Gadgets Cultec Hurl Review: What Lies Ahead For The Clash of the Ash?

Being a Kilkenny man and a tech reviewer, it was only a matter of time until I found something that would cross over from both things close to my heart. While the colours Denis Byrne wears drums up a lot of animosity between Kilkenny and Tipperary, I’d wager that the growing popularity of composite Cultec hurls versus traditional ash hurls sparks up as much debate amongst players of the game.

I made a dramatic comeback to hurling last year and while I’m taking a season out again, I did have time to play with both an ash hurl and a Cultec hurl. Here’s everything you need to know about making a choice yourself.

Wait, is it hurl or hurley?

I want to put one issue to bed before we kick off this review. While discussions of Denis Byrne and the material used to make a hurl rages on, another debate kicked off in the run up to the 2019 All Ireland Hurling Final. Here follows one of the most geographically challenged sentences on the internet. In a recent letter to the Irish Times, Cork native Ned Monaghan, now living in Connecticut, took exception to an article which called the stick used within the sport of hurling being called a ‘hurl’.

Ned said, “Yet we will all be familiar, I assume, with the words of the song Bould Thady Quill, who as I remember, “Hurled the ball right and left in their faces. To do that, he used a hurley, not a hurl. Hurl is a verb, not a noun.”

Lads, I’ve never in my life called that stick a hurley. It’s a hurl. I also call it a hurling ball, not a sliothar. If you found that hard to digest, you wait until I start saying good things about modern non-ash Cultec hurls.

Cultec were not the first to venture away from ash, seeking out a new material to make hurls from. Back in 1977, Sean Kennedy along with Wavin, launched a plastic hurl. It caused quite a stir in terms of news and marketing value for the Balbriggan based piping manufacturer. The title on the video below speaks volumes…

In terms of replacing ash in hurls, it made much less of a stir. Within 18 months the idea was dead in the water and ash hurl makers could rest easy. Anecdotally, I remember sitting in the pub as a young lad with my father, hearing the locals chat about Eddie Keher testing out one of these Wavin hurls, laughing at the fact he couldn’t even reach the end line from his attempts at a 65-meter free. I couldn’t find proof of this, but the story was doing the rounds. A story which could have killed off plastic hurls alone.

What are Cultec Hurls Made From?

Back in 1977, even with Wavin involved, the science involved in ash-alternatives was limited. Today, non-ash hurls go far beyond simply being plastic. Cultec hurls are made from a composite synthetic epoxy, graphite and nylon. All that scientific jargon aside, the Cultec hurl feels much closer to an ash hurl than those old Wavin plastic hurls did. 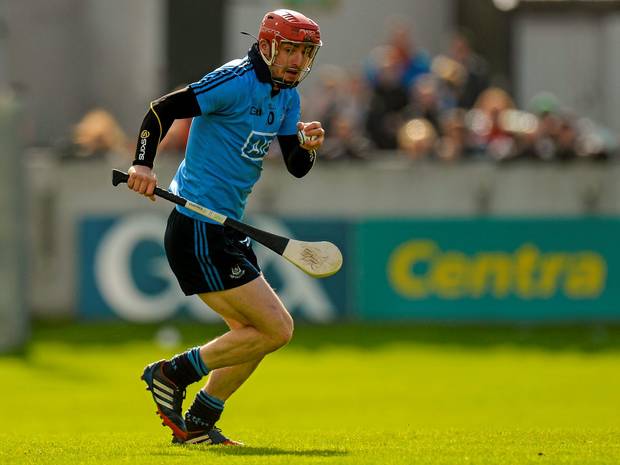 What I’m getting at is, I guess Eddie Keher would have pointed a 65 with a Cultec if given the chance.

What might surprise many people is the fact Cultec hurls come with some huge benefits over traditional hurls. I know I’ve just lost half my readership now, but if you’re still with me prepare to have your mind blown.

Cultec hurls have a few benefits of traditional ash hurls. The bas is covered in a special material which offers you great purchase on the ball when you strike. They’re also quite considerably lighter than ash hurls while, although still breakable, being more durable than traditional ash too.

Ask any player of the game about their favourite hurl, and they’ll likely be able to tell you that they have two or three hurls right now, but one is the favourite. When that hurl breaks, there’ll be a short period of mourning after the game. The reason for this is because finding a great hurl is almost a spiritual journey.

You just know when you strike a ball sweetly that your hurl feels brilliant. For me, I used to love using a hurl that was spliced. For some reason, I always felt it improved the sweet spot of the bas.

But anyway, when that hurl which has been through the wars with you breaks, there’s a moment of devastation. There’s also the fear that your next hurl won’t be as sweet. All of this is only of course if you don’t use Cultec hurls.

Because they go through a more automated manufacturing process, each Cultec hurl feels just like the other. The design of the hurl also gives it a generous sweet spot which means it’ll feel all the better from the word go. It’s important to note that Cultec hurls do break for safety reasons, but many believe they break less than traditional ash hurls.

How Do Cultec Hurls Compare With Ash Hurls?

So this is the big one. How do they compare with traditional ash hurls? I didn’t give them an easy ride from the world go as my traditional ash hurl of choice is the famous Ramie Dowling Hurl. Also known as All-Star Hurls, these Kilkenny-made hurls are widely considered the best in Ireland with names like Henry Shefflin, DJ Carey and Richie Hogan all having been written on the middle of the handle.

Cultec Versus Ash On The Pitch

While I’m far from ever making county, or anything above Junior B, I’ve held many hurls in my time. I truly believe there’s not much in it between Cultec and traditional ash hurls. I couldn’t see any limitation in distance of drive. Control was equally sweet on both hurls. Again, equally sweet was the spot on the bas for connecting with a ball.

As expected, it was when I asked friends who still play at a much more competitive level than I do, did the negative vibes start to appear. The funny thing is, most dismissed Cultec without trying it. They wouldn’t dream of straying from ash hurls for fear of a drop in performance. I think there’s probably a bit of “I don’t want to be seen using the new thing” going on here too.

Cultec Versus Ash: The Price

The Star Hurls have a waiting list as long as the Nore. They’re really hard to get and it usually helps to know someone who’s got an order in with them to pin yours on too. When I was shopping around for “my comeback”, I discovered The Hurley Depot in Kilkenny who could deliver me a hurl to Dublin. In fact, they’ll deliver to anywhere and also stock accessories you’ll need too including grips and helmets.

Right now, only the Cultec is in stock which speaks a lot towards the advantages of being able to mass-produce a hurl like this while maintaining impeccable consistency. You know what you’re getting. Sure, you know what you’re getting from Star too and I love my Ramie Dowling hurl, but when caught short a hurl and in need of one in a hurry, Cultec offers a great alternative.

If you want to get down to the fine detail, Cultec hurls also come with a grip already wrapped around the handle and just above the bas, so you do save a few bob.

The Big Point: Sustainability of Cultec

While I’m unsure of the materials which go into the Chinese-manufacturered Cultec Hurls, and as such have some question marks over their environmental friendliness, there is one massive advantage held by Cultec over ash hurls.

Over 70 per cent of the 350,000 hurleys used every year in Ireland are made from imported ash. The reason for such heavy imports comes from our own stock of ash being depleted in recent years as a result of Ash Dieback Disease. 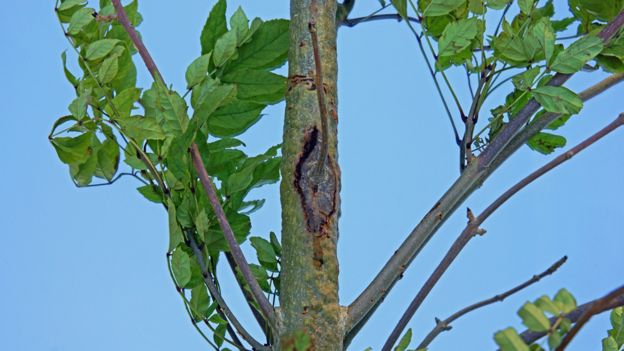 Ash Dieback Disease is a serious disease found in ash trees caused by a fungal pathogen Hymenoscyphus fraxineus. Lots of fun words there which in short mean our native ash trees are currently at risk of dying since this disease came to our shores in 2012.

This isn’t an attempt to instil panic, but instead is highlighting a very serious issue which the GAA could face over the next few years. Traditional hurl makers will face extra costs for importing ash and generally speaking, getting a quality hurl could become harder and harder. Cultec could find themselves in the right place at the right time.

Beyond the great Kilkenny hurler, Marty Meany, who else uses Cultec hurls? Unfortunately, many of the players Cultec list as users have since been dropped from their intercounty panels.

Some of the most notable mentions are Dublin’s Ryan O’Dwyer who was nominated for an All Star while hurling with a Cultec hurl. The synthetic hurls are also popular amongst goalkeepers with former Kilkenny goalkeeper David Herity using one during the 2011 All Ireland final, giving Cultec their first medal.

Hurling is a 3,000-year-old sport. It’s the fastest field sport in the world and arguably the most skilful game in the world. With all of that said, change in the sport moves slowly. Rule changes are often fought and adoption of new ideas is slow. Hawk-eye, a system which verifies scores in real-time, has shown the good technology and advancement can do for the game. I feel Cultec can bring similar benefits to the sports ever-growing appeal.

Cultec is playing the long game. Today, hurlers turn their nose up at the thought of non-ash hurls. Given time, I believe many will shift over to lighter and stronger synthetic hurls. It’ll be for practical reasons too. With the two having little or nothing between them in terms of performances, it’ll come down to a kid’s first hurl simply being a Cultec. Over time, it’ll become the norm to have a synthetic hurl and even more so as the materials that go into them get better and better.

If you hurl at my level, a Cultec will do the business just as well as any. Get one in your hand and give it a try. I don’t think you’ll be disappointed.