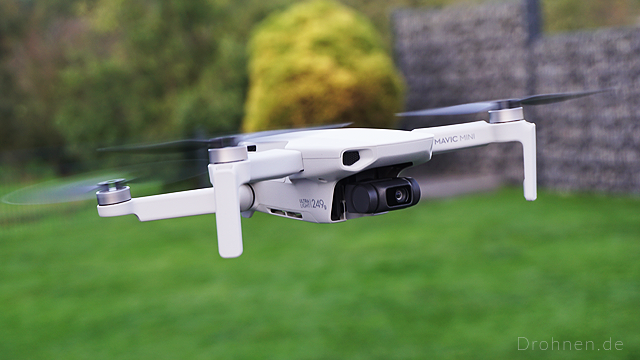 I think it’s time I finally take the plunge. I’ve been close to buying a drone a few times over the past year or so, but I always backed off. My reason? Simple. I would cry if I flew a €1500 piece of tech into the ocean. I just couldn’t trust myself. That’s why the DJI Mavic Mini is a real game-changer in the drone space. If this doesn’t make drones go mainstream, I’m not sure what will. So as I prepare to make my purchase, here’s everything I felt I needed to know. 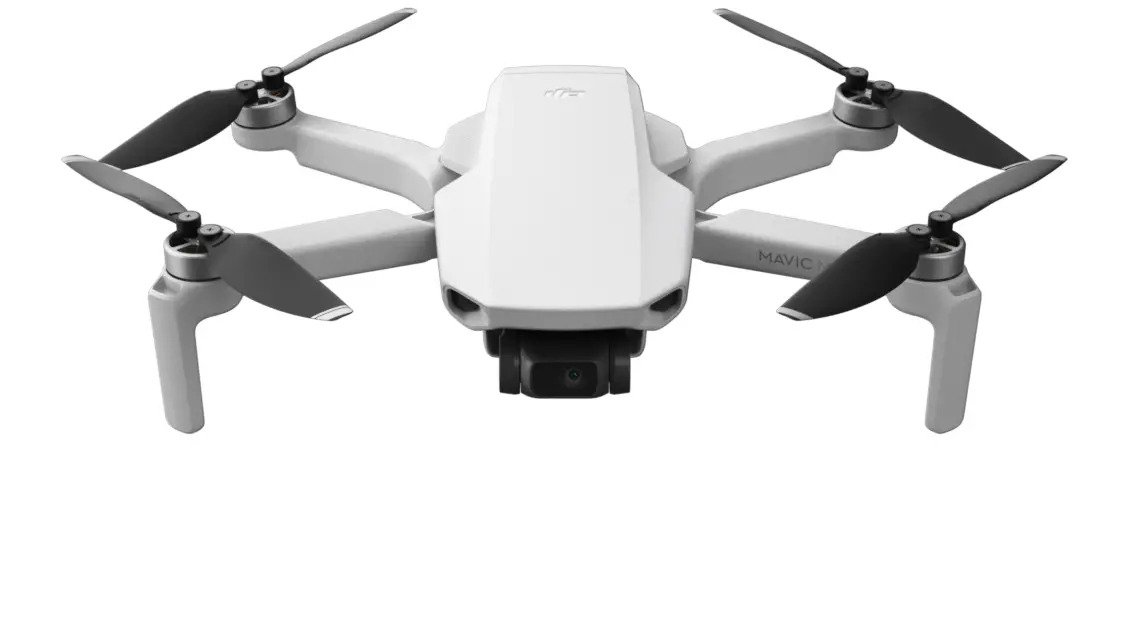 Obviously, this can’t be a review. I’ve never flown a drone in my life let alone this specific drone. However, I can outline why this is the drone that’s tipping me over the edge towards making a purchase along with all the research that goes with it.

What am I buying the DJI Mavic Mini?

Like I mentioned there at the start, I love the idea of owning a drone. The problem is the hate the idea of spending a fortune only to no longer own a drone that I lost in the ocean or on top of a building. Sure, there are cheaper drones on the market, but DJI has such a bit name in this space, I’d feel short-changed if I bought anything else. 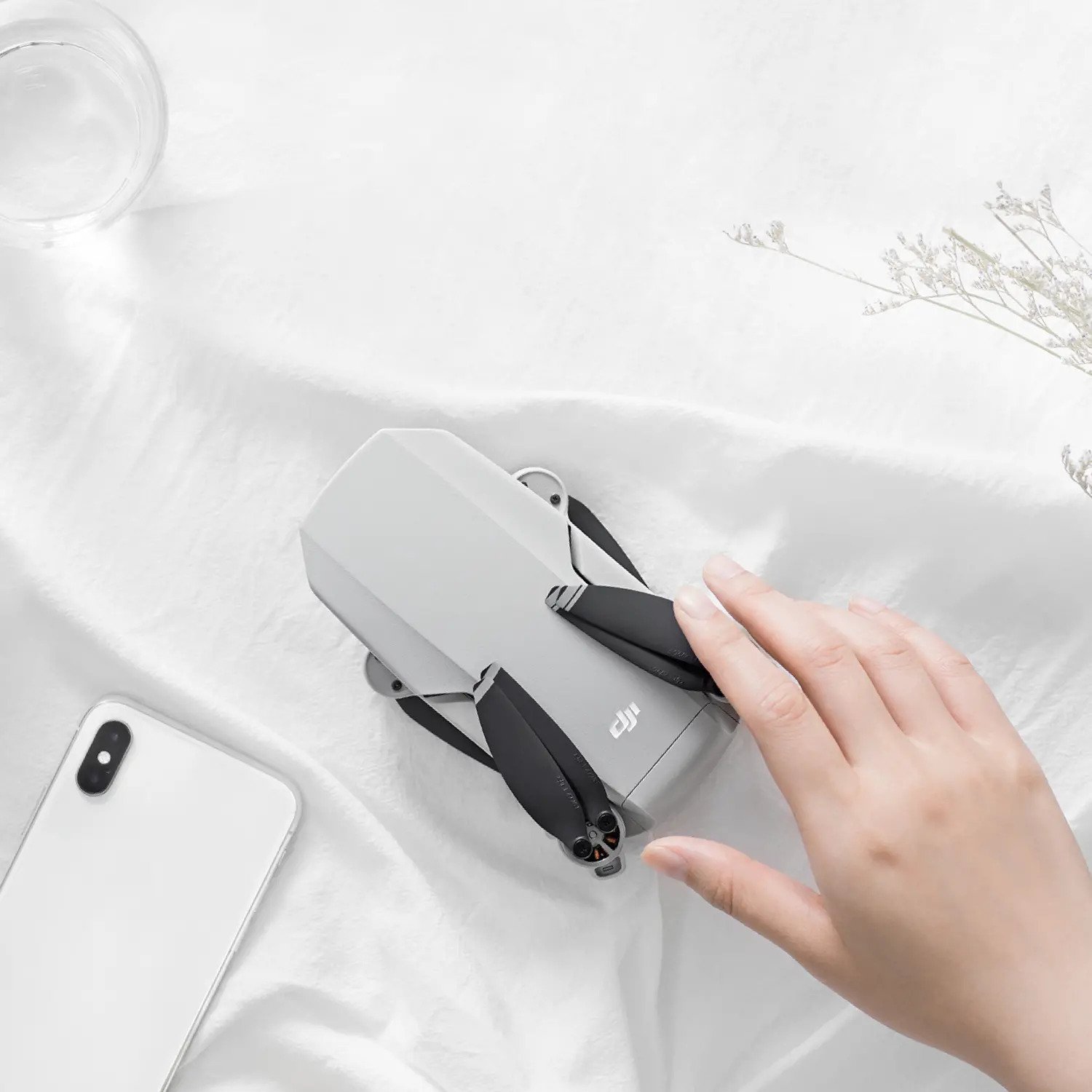 Until now, all DJI drones were just too expensive, but now with the launch of the DJI Mavic Mini, there’s finally an affordable DJI drone on the market. When I say affordable, I’m saying €399 for the base model and €499 for the Fly More combo – the latter appearing to be even more value for money.

The cheaper price doesn’t mean I’m cutting corners either. This drone still packs a 2k camera and some impressive stats on range and flight time along with a smartphone compatible controller.

What is the difference between the DJI Mavic Mini and Mavic Mini Fly More combo?

For an extra €100, you can get the Fly More combo kit. For me, that’s money well spent because straight off the bat you get more batteries which means more flight time. You get more screws and propellers too which, if I’m honest, is a worrying inclusion for a first-time drone owner. You also get propellor guards which, even with my limited knowledge, feel like something I won’t be using.

All in all it seems like money well spent to me.

Where can I buy the DJI Mavic Mini?

You’ll be able to pick up this drone in a couple of places. From here on in, you can assume the prices I outlined above as being the price you pay unless I say otherwise and someone is overcharging.

Another favourite spot to shop for me! Amazon.co.uk will be stocking both the standard drone and Fly More combo version of the DJI Mavic Mini. In a rather unusual turn of events, Amazon will apparently ship these drones directly to Irish addresses without a requirement for you to direct them through Parcel Motel. However, this all comes with a catch.

The Sterling price for the DJI Mavic Mini Fly More combo is £470. Even if you’re clever and use Revolut to get the best exchange rate, you’re looking at about €540 for this through Amazon. That’s €40 that you could keep in your back pocket shopping with DJI or with an Irish retailer.

One of the biggest tech suppliers in the country looks like a good shout if you want to pick up the DJI Mavic Mini too. Harvey Norman will be selling the Mavic Mini from November 11th. Fingers crossed they’ll have the Fly More combo on this date too because they are the frontrunner for my money right now.

I always try to verify the prices I recommend through PriceSpy.ie and this drone is no different. This is where I heard about PhotoSpecialist.ie. Being honest, I hadn’t heard about them before but they certainly look to have everything you’d need to shot some awesome shots, DJI Mavic Mini included.

I’ve never bought from them in the past, but it looks like they’ll have everything ready to go for November 11th. I’ve asked them what the craic is anyway and will update this post when I hear back.

In his first look video last week, drone enthusiast Casey Neistat made quite the big deal about the weight of the DJI Mavic Mini. The 249 grams weight is very significant in the US as it comes in below the criteria required for registering your drone.

This is not the case for Ireland. As part of my purchase planning, I naturally had to check out drone laws. Of course, I could be wrong so feel free to hit me up on Twitter to correct me.

The skies of Ireland are governed by the Irish Aviation Authority (IAA) and it’s their order, S.I. No. 563 of 2015 IRISH AVIATION AUTHORITY SMALL UNMANNED AIRCRAFT (DRONES) AND ROCKETS ORDER, which dictates your legal requirements for owning a drone.

This order states it does not apply “to drones and small unmanned aircraft of less than 1-kilogram maximum mass less fuel and constructed of wood, paper or frangible plastic and containing no substantial parts”. This means that technically you are not required to register your Mavic Mini. However, there is an added stipulation which states you must also operate your drone below “15m above the ground or water and in a manner that does not create a hazard to persons, property or other aircraft”.

Considering the ability of this drone to reach a max ceiling of 3000m I would strongly recommend that you register your drone as there’s a very good chance you’ll be going over 15m once you get comfortable flying it. You can register over on the IAA website and from what I see, it’ll set you back €3.

Operating a drone in Ireland

What also strikes me as interesting is how restrained I will have to be in using my drone. The DJI Mavic Mini has specs far beyond what the IAA consider to be responsible drone usage.

With a range of 4 kilometres, the IAA insists you do not operate a drone beyond 300 meters away from you or above 120 meters. You should not use it in urban areas or within 30 meters of other people. I’m not sure how strict they are with all of these rules given the amount of footage I’ve seen which breaches these but do not screw around with this one. No flying of drones within 5 kilometres of an aerodrome or airport.

Generally speaking, a bit of cop on is important when flying a drone.

So that’s that. I’m buying a drone. The value is finally just right and I’d imagine there’s many other people thinking the same. At this price, the DJI Mavic Mini is a genuine Christmas gift idea for those who stretch the budget a little further than most. Starting at €399, DJI has just made drones go mainstream. The next time you hear me talking about drones, I’ll be an owner.