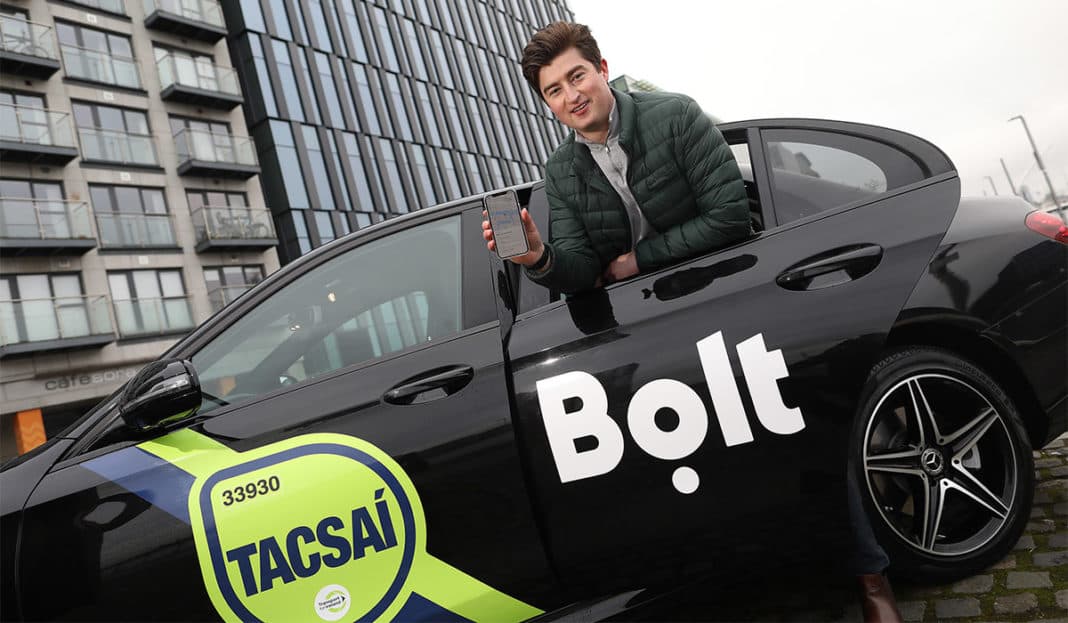 I’ve had plenty of experience with taxi-hailing services and on both sides of the discussion too. Not every taxi driver like these apps and not every experience I’ve had has been positive. But, in general, hailing apps are handy for a host of reasons. That’s why I’ve found news that Bolt is launching a new taxi-hailing service in Ireland rather exciting.

We live in this weird gig economy. I don’t know if this is all good or bad. Basically, that means you can get your dinner delivered by Deliveroo. That same delivery person could be delivering something for Just Eat five minutes later. Bolt kind of sits in this space but also ties together a whole world of services under one roof.

Bolt launched in 2013 and is one of the fastest-growing transportation platforms in the world. When I say they are competition for Free Now and Uber, it’s completely true, but they also plan to play in many other spaces. Internationally, Bolt also offers food delivery in that gig economy world along with scooter share systems like Lime. The exciting thing about Bolt is that they seem to do everything. That’s great because it means you just need the one app to do the lot.

Straight off the bat, it appears that Bolt has done their homework and focused on taxi drivers as much as customers. Bolt has reported that over 1,000 taxi drivers have already signed up in Ireland, describing their app as “the driver-friendly alternative”. This starts in the drivers pocket with Bolt charging a 10% commission versus Free Now’s 15% commission.

This follows issues as recently as August where drivers weren’t getting paid from the Free Now app left taxi drivers more angry than usual at taxi hailing apps. My personal experience of Dublin drivers with Free Now has been awful, with one driver aggressively asking me why I used the app to request a taxi. The reason being I was on a company account and travelling for work.

Anyway, Bolt would appear to be out to deliver a better driver experience which will naturally lead to happier customers too.

Getting around Dublin and further afield is more important than ever and this is the opportunity Bolt sees too. “The arrival of Bolt will support the renewal of our urban economies as well as introducing choice and fairness in a taxi market that needs competition,” Luke Mackey, Ireland country manager said.

I can see a time in the very near future where a trip to your mates house is a €10 taxi and a 5 minute scoot away before you order some grub to the gaff. All of this being powered by Bolt.

Another reason the old guard should be concerned is the modern app economy which is growing in Ireland. Revolut, which only recently launched Revolut Rewards, is powering an introductory Bolt offer for new customers. If you pay for your ride with Revolut and in the Bolt app, you’ll get 50% off your first seven fares. “Since launching this summer, 1.2m Irish Revolut customers have been earning cashback and saving money, while discovering new brands,” said Revolut’s head of growth Briain Curtin. “We are delighted to partner with Bolt as our 50th Revolut Rewards Partner and excited for customers to discover Bolt by saving 50% off their first seven fares” he added.

Bolt is available for iPhone, Android and the Huawei AppGallery.