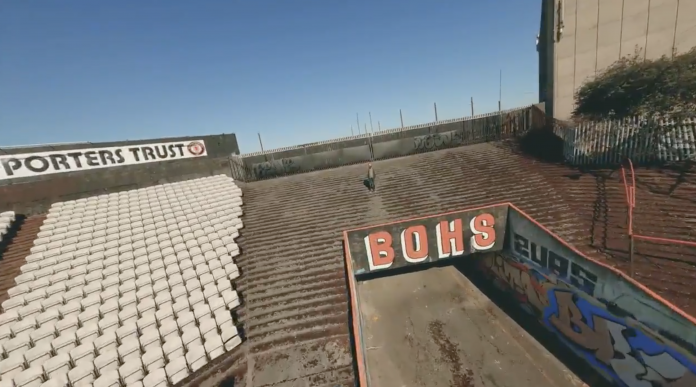 It’s been a week and a bit of football news and there’s still a few days left. A couple of weeks ago, I decided to leave my memories of Kilkenny City behind, get a Watch LOI subscription and adopt my local club St. Pats. It’s a decision I’ve not looked back on and with the news of the past week in Europe, I feel more justified than ever in doing so. I used to live in Cabra, so despite the obvious rivalry I do still have a few feelings about Bohemians too. Today, the club revealed a stunning drone video showcasing the North Dublin football team.

Posted on Twitter today, the drone video released by Bohs is simply stunning and does a lot more to show how the League of Ireland can look as good, if not better, than clubs considered to be far grander. Before I go on about it, take a look at it yourself in all its glory.

The continuous shot is just stunning. I don’t for one second believe this was a 30-minute shoot that got nailed in a single take either. It’s nigh-on perfect.

It opens with a drone barreling down on the entrance to Dalymount Park in Phibsboro. You overhear two Bohs fans chatting, a “welcome to Bohs” and the sound of a crowd in an empty stadium. Somewhat fitting for the year we’ve all had.

The drone zooms into the stadium, ducking under a narrow entrance and heading out onto the hallowed turf to see two footballers juggling a ball. The second player hoofs the ball into the corner as the drone follows to introduce us to a poet in the stands. He says “the bond with Bohs only grows stronger. Absence makes the heart grow fonder”. The drone zooms into the club shop, back outside to an artist do their work before we hear the crows again chanting Bohs songs. Fade out to The Peoples Club

I think this video hit me because it goes to show that the League of Ireland can looks as beautiful as any football when it’s show in the right light. If you’ve read my review on Watch LOI you’ll know my opinion on that is that the RTE built streaming platform absolutely doesn’t do the game any favours.

This video by Bohs is pure quality though. The timing of the transitions and production quality by Taller Stories and Aerial Photography Ireland is truly second to none. It might be no coincidence that this drone video reminds me of another POV capture recently released that blew minds around the globe.

Anyway, check out the video. And sure look. If you feel a bit out of place supporting your usual team, give your local League of Ireland team a chance.