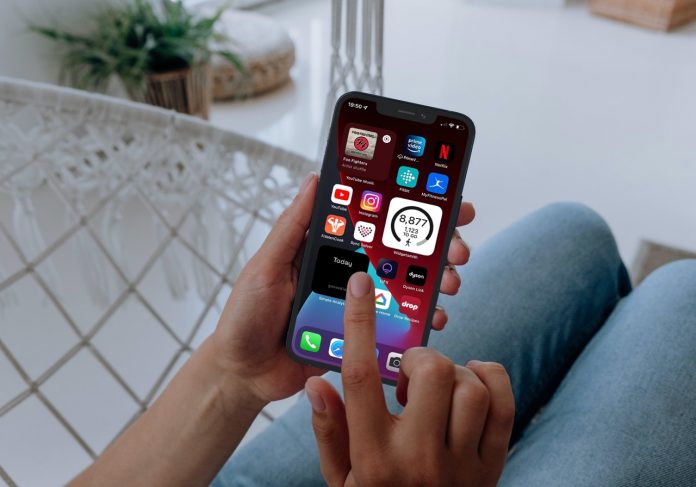 After many years of resistance to Apple, I’ve found myself sitting slap bang in the middle of their ecosystem. I’m writing this on my MacBook, with experience of using my iPhone 12 and iPad. But I continue to resist Apple Watch, opting instead for the Google-owned Fitbit Sense. I say Google-owned because that means the tracker is firmly competing with Apple which leads to some problems. I like Apple Health, but my Sense doesn’t play nicely with it. I’ve learned how to beat it into shape, forcing it to sync and even getting my steps into a widget for some of my favourite iOS 15 home screen layouts. Here’s how.

How To Sync Fitbit To Apple Health

There is no direct way to sync your Fitbit step data to Apple Health. That’s a real shame because Apple Health is a lovely app. It’s so lovely, I didn’t want to give up on finding a way to sync the data, bridging a gap between Apple and Google. The solution lies in using a third-party app. I found two apps that can do this but both have pros and cons.

I should pop a wee disclaimer here. Neither of these apps has been developed by Apple or Google. You’re trusting a third party to connect your data.

This is the first app I have used for quite some time. I liked it because it was free to get started and it worked, even if it is a bit manual. Fitbit to Apple Health Sync can link your steps to Apple Health but will only do so when you manually open the app and tap sync. Automatic sync is a premium extra and extremely pricey so I never paid for it. You can pay monthly for €6.49, annually for €43.99 or get a lifetime pass for €59.99.

I can see what it may be tempting to pay for this given it solves a specific problem, but the value just didn’t seem right for me given all it will take is an agreement between Google and Apple to rule this app dead in the water. That’s why I went back looking again and found a better solution.

And that better solution was Sync Solver. Now, this still isn’t free but the price is more reasonable at €4.99. You pay for this app up-front and then there are no additional fees to worry about. Sync Solver continues to link my Fitbit step data with Apple Health. One drawback is that it doesn’t sync very regularly. Typically, you’ll get an automatic sync two or three times a day. You can change the settings to be more aggressive but remember that more aggressive means more impact on battery life.

If you want, you can still open the app and manually sync throughout the day.

Sync Solver costs €4.99 up-front and then you’re done. Compared to the previous app I looked at, I’m much happier with Sync Solver.

One final thing you need to be wary of is keeping your sync data clean. By default, Apple Health uses your phone’s hardware to track your steps on a daily basis. It assumes you don’t have a tracker at all but that means if you use an app to sync, you will likely end up with duplicate data and double step counts.

To avoid this from happening, go to the Steps section of the Apple Health app. At the very bottom, tap “Data Sources and Access”. Tap “Edit” at the stop of the screen and go to the “Data Sources” section. Drag “Sync Solver” to the top of the list. This will now be the singular source of your step data.

Because I’ve been playing with Focus Mode and home screen layouts, I wanted to get my step data into a home screen widget. I was surprised that Fitbit doesn’t have a widget. I was completely shocked to find Apple Health doesn’t seem to feature as an option either. Yet again, I was seeking a workaround that came in the form of Widgetsmith.

Widgetsmith lets you design your own widget. I’ve not made anything too fancy yet but nor have I spent a penny on getting this app to do what I needed.

Straight away, Widgetsmith supports pulling activity logged in the Apple Health app into a widget. Combined with my Fitbit sync trick from above, creating an iPhone widget to display steps tracked with my Fitbit was easy.

I went for a new small widget and added “Step Counting” from the Widgetsmith app. I started out with a simple basic step counter but now have moved to a step goal layout instead.

That’s it. I can effectively have a Fitbit step counting widget in iOS 15. I’ve also added the Sync Solver app in case I do want to give it a quick manual sync too.

I would have preferred if everything here just worked, but it might be a while before Apple and Fitbit sort their differences out. I also would have preferred being able to do this for free. While the first third-party app worked for free, investing in option two seemed like decent value for money.