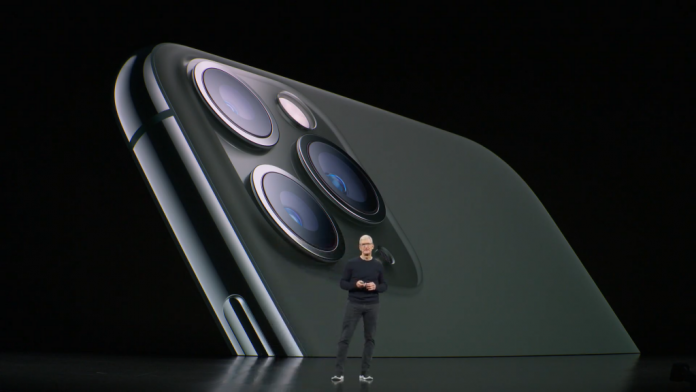 After months of rumours, Apple has launched its range of iPhones for 2019/2020. On an evening which saw the launch of a new Apple Watch, iPad and Apple Arcade, it was, as always, the new iPhones which stole the show. Here’s what to expect from the iPhone 11, iPhone 11 Pro and iPhone 11 Pro Max.

The iPhone 11 is Apple’s new base model iPhone, but it packs in a little more punch than some of their previous base models did on launch day. 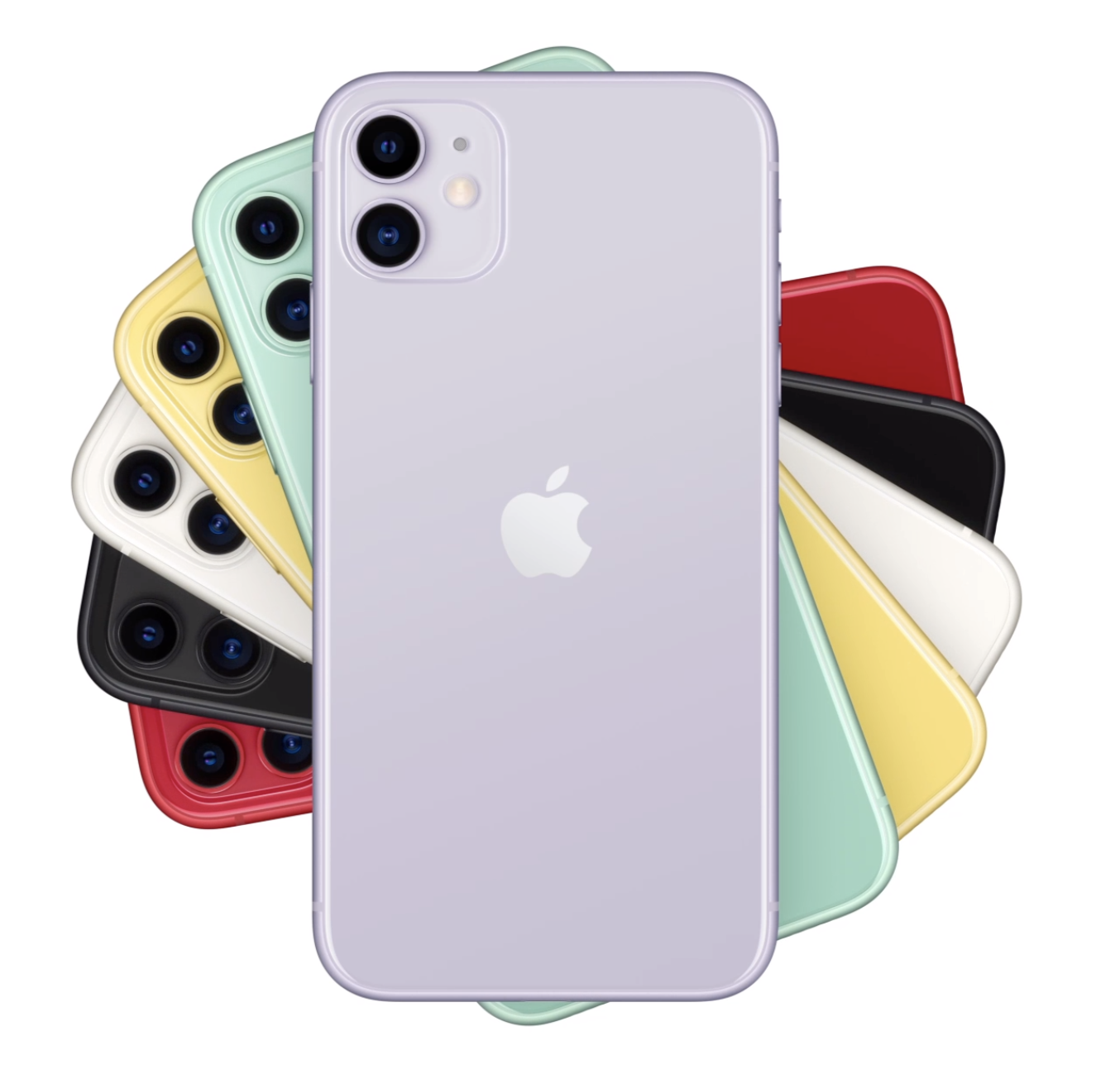 The iPhone 11 camera receives the biggest upgrade. In fact, our very own Dean has dubbed this a camera upgrade more and an iPhone upgrade.

The most obvious change for Apple here is the base level iPhone now has a dual-lens camera. The new camera rig consists of two 12MP lenses. One wide and one ultra-wide angle lens.

Ignoring the popularity of Huawei’s zoom lenses, iPhone 11 offers a 2x optical zoom out and digital zoom up to 5x. However, taking a leaf out of Google and Huawei’s book, Apple did decide it was time to introduce Night Mode which will allow iPhone users to take photos in low-light. 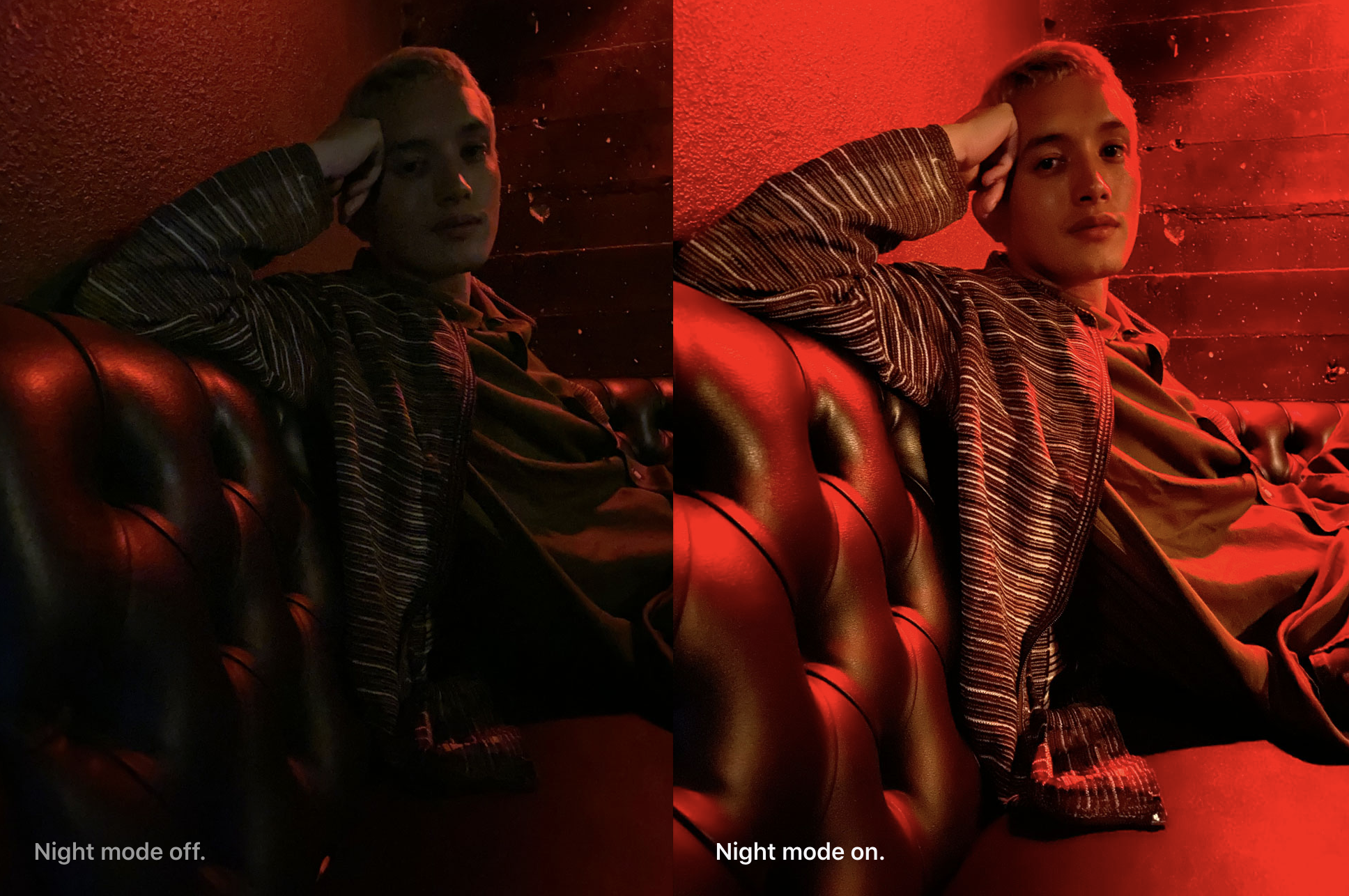 Beyond stills, Apple has already given a lot of thought to the video shooting capability of the iPhone 11.

You’ll now be able to shoot 4K video at either 24 fps, 30 fps or 60 fps. You’ll also be able to shot video on both the wide and ultra-wide angle lenses. While shooting video you can also capture 8MP stills.

I always take on-stage demos with a pinch of salt, but Apple’s first look at video shooting was mighty impressive. Most impressive is the video stabilisation, which if as good as was demoed, will be a key feature for those of you looking to shoot video.

Many specs will be carried over from the iPhone Xr. Specs like a 6.1-inch display and FaceID phone unlocking. However, the iPhone 11 does make significant strides in certain areas.

The iPhone 11 is IP68 rated and the TrueDepth camera increases from 7MP to 12MP.

The iPhone 11 will come in a wide range of colours, similar to that of the iPhone Xr. You’ll be able to pick it up in black, green, yellow, purple, (PRODUCT)RED and white. There’s also an added capacity in the 256GB version of the iPhone 11, a memory variant not available with last year’s iPhone Xr.

Apple wasn’t done there of course. They also announced the iPhone 11 Pro and iPhone 11 Pro Max. The latter of which I still think is a little too close to prolapse, but anyway.

The iPhone 11 Pro range comes in two sizes, the iPhone 11 Pro and the iPhone 11 Pro Max, with screens sized 5.8-inches and 6.5-inches respectively. Both phones will range with 128GB, 256GB and 518GB memory variants and be available in four colours; gold, space grey, silver, midnight green. 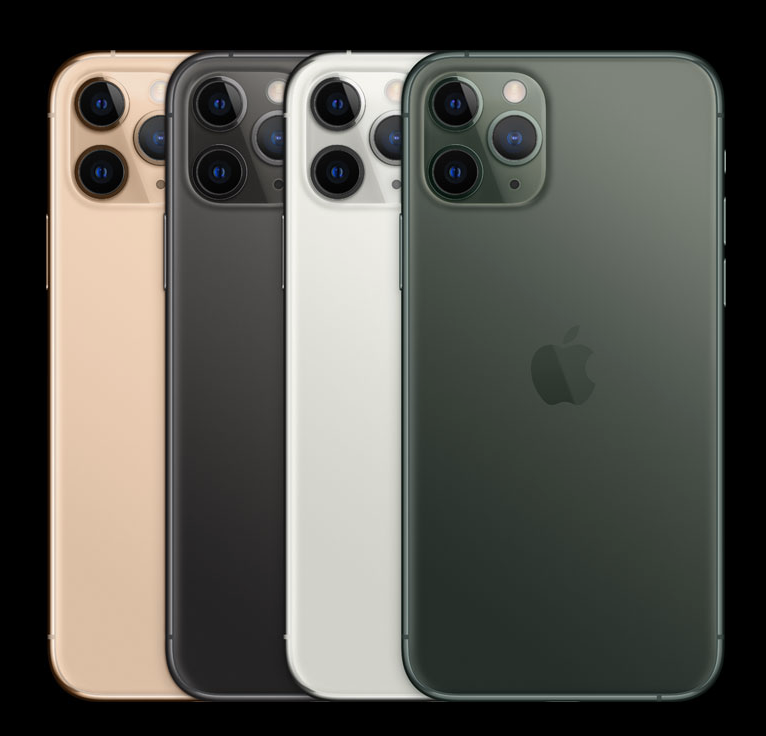 For the iPhone 11 Pro and iPhone 11 Pro Max, the big jump up is the camera rig. These Pro iPhones will have three camera lenses including a triple 12MP Ultra-wide lens, a wide-angle lens and a telephoto lens.

On paper, there’s really not a huge amount else different between the Pro and non-Pro version of these phones. Apple does assert the Pro versions have longer battery lives but don’t specify an actual mAh value for comparison.

One final noteworthy point is that despite strong rumours in the build-up and the adoption of the Pro moniker, the iPhone 11 Pro and iPhone 11 Pro Max will not support the Apple pencil.

Unlike last year, Apple won’t stagger the launches of their 2019 flagship smartphones. You can pre-order the iPhone 11, iPhone 11 Pro and iPhone 11 Pro Max from 1pm this Friday, 13th September.

There’s not much movement from the Irish networks either with just Three launching a register your interest page for the iPhone 11. Of course, the Apple Ireland online store also has pricing information across the board.

What Else Did Apple Launch At The 2019 Apple Event?

Apple likes to make their events a big song and dance about a few things and announced some other products and services too. On the same night, Apple announced:

Apple Arcade will showcase some of the coolest games on the market with exclusive titles for Apple powered devices after the California phone maker teamed up with some top game developers.

Apple Arcade will be available for one month free, and then be €4.99 per month after that. The service is due to launch on September 19th.

One moment during the launch of the Apple Watch made me giggle. “It’s got a compass”. Top feature.

But then, Apple rolled out some pretty cool features which build on the Apple Watch as a health device. Women can now track their menstrual cycle using Apple Watch, and the wearable will also warn you if you’re in an area that’s too noisy. Something I realised the importance of at a recent Element X gig in Fibber McGees.

The Apple Watch should be available now, but the Apple site seems to be having a problem. Expect to pay €499 for the latest Apple Watch.

We’ve been waiting a while to find out more about Apple’s TV service and tonight Tim Cook spilt the beans. Apple TV+ will cost €4.99 after a seven-day trial but will be free for one year if you buy an Apple device. Apple has promised new content every month and account access can be shared amongst six people.

It also looks like Apple TV+ will be available to stream on non-Apple devices too, so nearly everyone should be able to start streaming Apple content from November 1st when the service launches.

I would say the announcement of a new iPad was the surprise of the night. Priced at €399, the new 10.2-inch iPad is aimed at the budget end of the market. It supports Apple Pencil and Apple’s official connected keyboards which means it’s a great solution for students looking to get a reliable, laptop-esque machine, without worrying about big budgets.

If your course requires word-processing and no special applications, this could we be a great solution.

Talking Points from the iPhone 11 Launch

So with the new range of iPhones now known to the world, what are the key talking points?

Should we just accept Apple doesn’t care about Android innovation?

For me, it’s the fact that these are some of the most ambitious iPhones to launch in quite some time, yet they still pale in comparison to many of their Android competitors. An annual complaint, which just doesn’t seem to harm Apple’s sales performance. So maybe we should just stop rambling on about it?

Apple didn’t mention 5G at all at their Cupertino address. Why? Because we’re not going to have a 5G iPhone until next year. But is this a big deal?

Here in Ireland, only Vodafone has rolled out any kind of 5G service. While we know there is to be a 5G version of the Samsung Galaxy S10 and Note 10 ranges, along with 5G variants of the Huawei Mate 30 Pro likely to be announced later this month, 5G is still in it’s infancy. As such, Apple has arguably taken a wise step to allow their competitors to experiment and allow the mobile networks to sort out teething problems before subjecting iPhone users to the same.

While the iPhone 6s being killed off was absolutely expected, I wasn’t convinced Apple would be digging a grave for the iPhone 7 too. These phones are now heading towards the pearly gates of phone heaven. The iPhone 6s was possibly one of the most popular iPhones of all time.

The Price of iPhone in the US versus Ireland

This is one of the most shocking things to emerge from the iPhone 11 launch. Taking just the iPhone 11 itself as a pricing example, people in the States will be able to pick this phone up for about €630. The same phone in Ireland will set you back €829. That’s a nearly €200 swing in pricing. It’s like the good old days of sending someone to the States to pick up your new iPhone for you.

I had hoped buying through the UK might prove profitable and I was right. Unfortunately, you only save about €15 on the Irish price.

Will Apple ever adopt USB-C?

This is a personal thing that really annoys me. I feel that Apple not adopting USB-C is just them being stubborn at this stage. It’s become the new universal standard in phone connectivity, yet Apple refuses to adopt it. I really don’t get it.