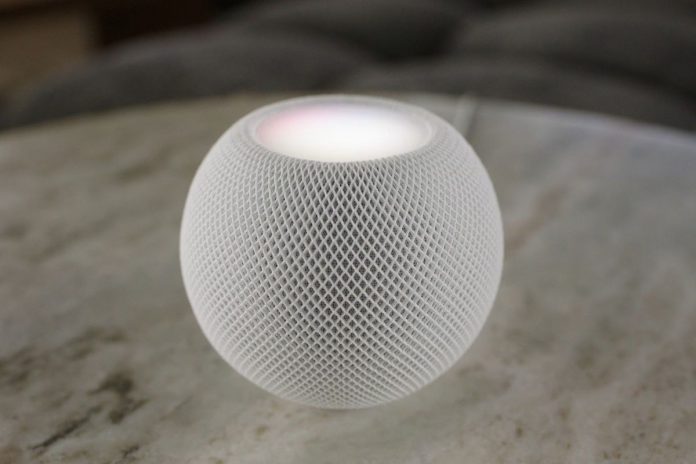 On a night of Apple launches, the price tag of the new Apple HomePod Mini caught my eye. If you’re living with an Apple eco-system at home and yet to be convinced by smart assistants, the HomePod Mini makes the leap that bit safer.

You’d hope that Apple focus on maintaining quality sound despite the mini tag, something Amazon didn’t really mind giving up with the Echo Dot. The HomePod Mini promises to deliver a great audio experience, powered by the Apple S5 chip. Apple is targeting excellent sound quality through their own full-range driver, powered by a neodymium magnet and a pair of force-cancelling passive radiators, enabling a deep bass and crisp high frequencies.

Despite the mini tag, the HomePod Mini is hoping to deliver the same level of sound quality you get from the main HomePod, including an immersive 360-degree audio experience. Better still, assistant wake frustration should be limited with a three microphone-microphone array listening for you to say “Hey Siri”, capable of separating your requests from music playing.

One of the big things with smart assistants is security. With HomePod mini, only after “Hey Siri” is recognised locally on the device, or the user activates Siri by touch, will any information be sent to Apple servers. Requests are not associated with the user’s Apple ID, and personal information is not sold to advertisers or other organisations. HomePod mini works with iPhone to complete requests for messages and notes on the device without revealing that information to Apple. Hopefully, Apple stays true to the word and there’s no awkwardness like there was with Google and the Covid Tracking App.

At the launch, Apple said the HomePod Mini would be $99 and that it would be £99 in the UK. If I was a gambling man, I would say this will be available in Ireland and it’ll set you back between €109 and €119. I’ll update this article when we get confirmed pricing and availability.