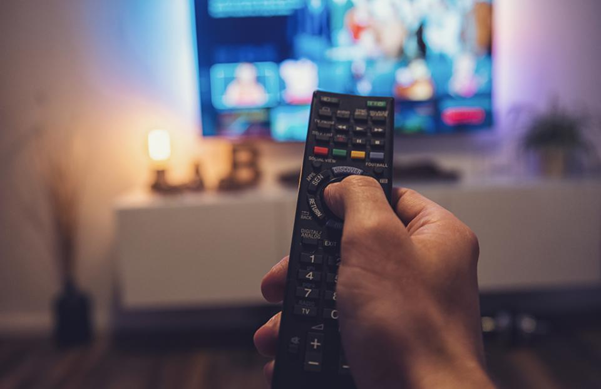 Home News Entertainment News The Netflix Effect: How What We Watch Shapes Who We Are

To state the obvious, 2020 was a rotten year. It was a year where nothing could be taken for granted and very few things were guaranteed. However, among the small group of things you could rely on there were two that stood out to me. People watching a lot of Netflix, and people trotting out the same tired joke “Oh I’ve finished Netflix this year”, cue eye roll.

Indeed, Netflix saw its viewer base grow by over 15.7 million in the first quarter of 2020 alone and was even forced to temporarily downgrade streaming quality in some regions to allow their servers to cope with a massive increase in traffic. These facts shouldn’t be too surprising, however, seeing as we were all stuck inside for most of the year as well as the fact that Netflix both brought back old favourites like Community and The Office (US) and released some brilliant new shows and specials like The Last Dance and Tiger King. We were given every opportunity to turn a blind eye to the realities of the pandemic and dive headfirst into pure escapism.

On its own the fact that people watch a lot of TV while stuck inside doesn’t seem like a remarkably interesting fact, and it’s not. But what if I told you that the content we watched led us to better ourselves in intellectual, recreational and literary pursuits?

Standing on the Shoulders of Giants

A large number of the most popular series and movies on Netflix owe their overnight success to a pre-existing work (like Riverdale or A Series of Unfortunate Events), while many others remind us of a sporting hero or an intriguing murder case (like The Last Dance or The Ripper). This has two benefits, one for Netflix and one (potentially) for the audience. For Netflix, series with pre-existing fanbases seem like a no-brainer, fans of the Witcher already had an immediate buy in when it dropped last December. However, many other series (The Queen’s Gambit in particular) may influence their audience to take up a new hobby or pastime.

It goes without saying that some pop culture phenomena are ever present. If you were to look at the sales of, say, the Harry Potter, Lord of the Rings or even James Bond novels their sales figures are mostly consistent over their lifetimes. These franchises have long-term dedicated fans who aren’t going to buy the original books because a new movie is out. They’ve all been there, done that and (quite literally) bought the t-shirt. However, some series are more obscure with much smaller fan-bases. For example, before watching did you know that Bridgerton was based on a series of romance novels? Or how about the upcoming Fate: The Winx Saga? That’s based on a kids show on Nickelodeon. While the mainstream mainstays make the box-office big bucks, it’s these smaller titles that have an impact on our day to day.

Toss a Coin to Your Witcher

The Witcher has been something of a phenomenon in the gaming community for quite some time. Hailed as the best game of 2015 and winning a record number of awards, Witcher 3: The Wild Hunt launched to universal acclaim. But before last year, if you’d asked someone what a Witcher was, or who you should toss a coin to for getting rid of a monster, chances are they wouldn’t know what you were talking about. Now though, more people than ever know about Geralt of Rivia and his exploits.

However, people didn’t just enjoy watching Henry Cavill swearing his way through the Northern Kingdoms on telly, they were hungry for even more by the time they were done. Thanks to Netflix’s blockbuster Witcher series the sales of Andrzej Sapkowski’s books went through the roof. In the month of December alone The Blood of Elves saw a 16 times increase in google searches, as did the other novels in the original series. The popularity of the novels seems like it will only continue to grow as well with Henry Cavill jumping on Instagram a mere 20 days after the show released to confirm he’d already started work on season 2. Hopefully we’ll see people continue the journey and see even more book sales for the once unheard-of fantasy masterpiece.

Keeping with the medieval fantasy theme for a bit, Castlevania is a series that, as far as video games go, is dead in the water. The classic side-scrollers haven’t seen a release in over a decade, and the reboot series hasn’t been seen or heard from in over 6 years. However, when Netflix announced its animated series searches for the series golden child Symphony of the Night skyrocketed and the number of people looking for good emulators (running an old game on a newer system) went through the roof. You couldn’t go on Twitter or Reddit without people asking where they could play the game with Alucard and Richter. Even more fans joined the hunt for a good copy of the game in 2018 and 2020 when seasons 2 and 3 of the series released. Clearly, not only can an adaptation of a franchise revitalize interest in the series, but it can do it multiple times in a row!

The Queen’s Gambit is the latest and most extreme example of the Netflix Effect. Premiering on Netflix in October 2020, the series was trending on every platform for nearly two full months with over 62 million viewers making it the most viewed limited series on Netflix ever! No surprise seeing as it is one of the most critically acclaimed TV series of the year. For the 5 of you who haven’t seen it yet, The Queen’s Gambit is the story of Beth Harmon an orphan in the 60s as she deals with adoption, drug addiction, and being the only woman in the male-dominated world of professional chess. To say that the show renewed people’s interest in the ancient game would be an understatement. Nearly overnight the original novel became a New York Times bestseller (37 years after it was first published). This is despite there being buzz around Heath Ledger being teed up to direct an adaptation in 2007. Not only that, but the number of searches for chess sets on eBay increased by 250% and sales of new chess sets went up over 1,000%! Searches for “Chess” were at their 5-year peak in October, as well as chess.com seeing millions of new users set up accounts and start playing online. All this, because of one TV show. This long into the pandemic, the idea that people are just looking for something to learn or do almost becomes irrelevant. If people wanted to learn chess they had already 8 months to do so. No, people chose to teach themselves chess because of The Queen’s Gambit, not alongside it.

What will you watch next?

I’m sure if you look back at your Netflix watching you’ll find other examples of new interests or hobbies that have snuck into your life. Did you watch Space Jam after watching The Last Dance as I did? Have you started listening to a new true-crime podcast? Or how about what you might find in the new year? Will you be keeping up to date on the Witcher novels in anticipation of season two? You might find yourself with an interest in Nascar after watching The Crew with Kevin James. Turns out that when a piece of media we consume grabs our attention we as people will throw ourselves into the deep end to try and find more. It’s only natural that we want to continue enjoying something we love. Embrace it and lose yourself in new worlds of fun. Or just see what else is trending and find a new world to explore.