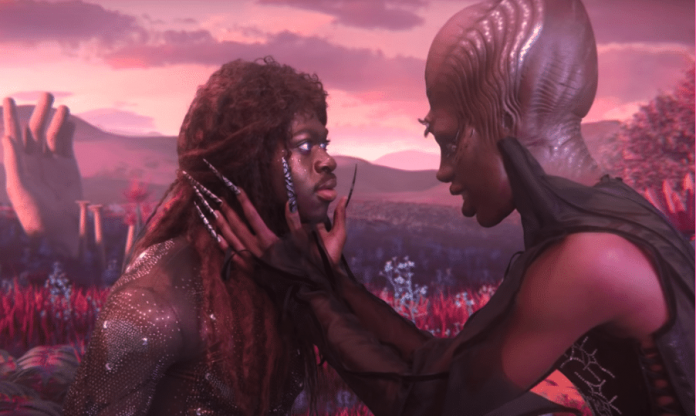 I don’t often get to write about music, but I do love a good tune. I love a good tune making a point more than anything. Lil Nas X recently released MONTERO, but now it’s apparently being pulled from streaming platforms. Is it really about to be pulled from the public or is this all a bit of a marketing ploy by the American rapper?

Is MONTERO Being Pulled From Streaming Platforms?

Today, the rapper took to Twitter to break the news that his latest track might be about to be pulled from streaming platforms, thanking his fans for the support he’s received to date.

Now, my first reaction was “this is a genius marketing ploy”, something this song has not been short of. The rapper followed up with another tweet encouraging his followers to “screen record” the track so at least they still have it in their gallery.

A call to pirate the track is hardly a regular request from a music artist. At the same time, this would could inspire millions to fully stream the track on YouTube or another streaming platform. The result would be the track racking up play numbers and sending positive signals to ranking algorithms.

It’s unclear why exactly the track would be vanishing, but MONTERO is not without some “holy Joe” controversy.

Why Would MONTERO Be Pulled From Streaming?

There really is no genuinely good reason for the song to be pulled other than some people are finding it offensive.

What Is MONTERO About?

In 2019, Lil Nas X, best known for the hit “Old Town Road”, came out publicly as gay. Big whoop says you. The rapper has described MONTERO as his effort to normalise same-sex lust.

I love that this song, and in particular the video. In the video, the rapper is seen playing all the characters, succumbing to temptation, ending up “in hell”, making love to “the devil” before becoming “the devil” himself. Simple synopsis there. Understandably, it’s super provocative to many. And that’s ok. You’re allowed find it offensive and you can even find the shoes the rapper released offensive. But, you kind of have to accept it’s offensive and get on with your life. Because it’s offensive to you, for your beliefs. Just like some people unfortunately find homosexuality offensive. The world has moved on and the love of two people needs to be celebrated, regardless of orientation.

Basically, MONTERO is all about lust and love between two people, regardless of gender identity or orientation being normal, the video is about showing people that’s going to happen with or without you.

Will MONTERO Be Pulled?

Potentially, this could be the reason the song and video fit into the category of “believable content to be pulled”. At the same time, there’s plenty of more questionable stuff on YouTube and other music streaming platforms. I just can’t bring myself to believe that MONTERO is really going to be pulled because some people are finding it offensive.

This is one of the main reasons I’m using GDPR to tackle the Catholic Church on how they handle my records. People in the church have a right to live life their way. I’ll personally fight for their right to live their way of life, but only as long as it doesn’t impact everyone else. I don’t find “the devil” offensive, because it’s a mythical beast, so I appreciate what Lil Nas X is doing here.

Just because some people are finding the video and song offensive doesn’t mean it should be pulled and it would be very worrying that private tech companies bow to personal beliefs on a micro level.

To be totally honest, from following Lil Nas X on Tiktok and looking at how this song has generally been marketed, I think this is a stunt. It’s genius if it is.

By getting people to screen record the track, the song is going to be massively boosted with full-length plays, generating revenue for Lil Nas X along with boosting signals that influence these platforms’ algorithms. The song is already topping the charts in many countries, including Saudi Arabia which oppresses homosexuals.

If it’s not a stunt, it’s very worrying to see what content private companies will pull and even more worrying what they’ll leave up. Some on social media are claiming that the song has vanished for them, while others can still see it in their regions, saying it’s disappearing region by region.

It all seems like a stunt to me, but we’ll learn more in the next 48-hours. In one interesting development, Billboard had an article stating the song was not being pulled, but that article itself has been removed. In a new article, Billboard said they “can confirm that the song is not being removed”, but give no reason.