Home News Entertainment News PS5 Announcement Incoming! What’s in store for the next generation of gaming? 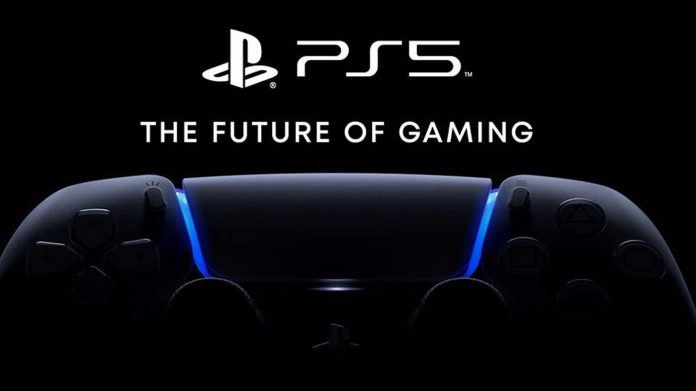 We’ve been following the upcoming PS5 for a while now and since the announcement of the Dualsense controller, excitement has been at peak levels. Thankfully the wait to know more is almost at an end, and for us, there are few things as exciting as the launch of a new console. Now as a result of Corona and all events being cancelled, this Sony event is going to be online via Twitch or YouTube, June 4 at 9 p.m. BST.

What do we know?

PlayStation has always been about more than just gaming so what is the is PS5 ging to offer at launch? Much is it going to cost? What’s the expected release date and will this year’s model be an 8K Machine? We’ve looked into our crystal ball and we think we have some of the answers.

We have learned a lot from Mark Cerny, PlayStations lead architect and over the last year both himself and Sony have confirmed some details, so let’s have a look at what we think we know.

This is a tricky one, mainly due to Covid-19, will Sony stick to past form or will they price gouge knowing that people are gaming more than ever? With that in mind the price is likely to be kept under wraps until closer to release.

The thing is you shouldn’t take this as fact as there are a number of contributing factors in play right now, the ongoing trade war between the US & China has all console developers worried and according to Bloomberg Sony is having significant troubles in keeping the cost of the PS5 down. It’s due to the cost of the components inside with DRAM and NAND flash memory, in particular, proving expensive what with smartphone manufacturers gearing up for their own next-gen devices. Basically the price difference could be anything up to €150. Fingers crossed any extra development cost isn’t landed right onto the consumer.

The official line is before the Holiday Season 2020, which means we are ramping up for the latest edition of console wars with the Xbox Series X due in time for Christmas 2020.

As for an official launch, Sony had flagged E3 as the event for the big reveal but then the world fell apart, hence this new virtual event. Thankfully, the corona hasn’t affected the release date as of yet but there is potential that certain developers may struggle to release games on time. The latest rumour we hear is that in order to avoid a console war and relieve the pressure the PS5 will be reverse compatible, meaning PS4 games will work fine and will let them release for late August/September instead of October.

Quite simply, yes. Mark Cerny has confirmed the PS5 will have an optical disc drive and will also has a 4K Blu-ray player inbuilt. To be honest the PS4 could and probably should have been running this technology so we’re glad they’ve decided to run this good stuff this time around because it’s one of the few areas where the Xbox Series has ultimately dominated.
Basically the PS5 will bring the Ultra HD Blu-ray fight to Xbox

From what we know the PS5 is going to run 8K video…somewhat. The PS5 will run an AMD Ryzen Chip and a GPU from the Radeon Navi suite, combine this with SSD storage and we are set for fast load times, large bandwidth capabilities and serious graphics.

But is it enough for 8K? Possibly for the more simple titles but the big blockbuster not so much but we expect these to run a version of the upscaling tech Sony use to make games look sexy in 4K for the PS4 Pro.

Will we see a more advanced version of HDR, such as HDR10+ and Dolby Vision, also employed? We certainly wouldn’t rule it out, particularly as the current Xboxes already support the latter, but nothing has so far been announced on that front…until June 4th!

Will the PS5 support Dolby Atmos?

Hmmm we do hope so because again Xbox has beaten the PS4 for audio as their machines come with Dolby Atmos and DTS:X audio for gaming and for 4K Blu-ray playback. But Cerny has gone on record as saying the PS5 will bring in a new ‘gold standard’ in audio.
Like everything we think we know at the moment, the answers will be revealed very very soon. But in March there was a train of thought that Dolby Atmos will not be happening. Instead the PS5 could run a native 3D audio output, which could work as many more TV sound devices will be able to leverage the PS5’s surround virtualisation and not just Atmos-certified ones.

Story with the Console

Way back in August there was a patent doing the rounds registered to Sony technical director Yusuhiro Ootori. Using the patent some designers graphically rendered the image above. It’s a bit of a move from the PS4 with it’s mad vented design, loads of USB ports and a pile of buttons.

To be perfectly honest, we don’t think this is the final design, we reckon elements of this and the PS4 design will combine to make something much sleeker than the render above. Maybe a PS4 with the flying V ventilation system but let’s wait and see.

One thing we do know for sure is that the PS5 will be a more environmentally-friendly games console than the PS4. The Head of Sony Interactive Entertainment, Jim Ryan, revealed a feature called “suspended gameplay” which gets through less power than the current console. If it was used by one million PS5 owners, that would represent a reduction in electricity consumption equivalent to 1000 US households.

To be honest, this new design is getting some very mixed reviews for its look but personally I think it’s quite a slick looking bit of kit. Sony claims they have kept much of what people enjoyed about the DualShock 4 control all the while adding in some new features to go alongside its new look. It seems that touch and audio are going to be the two major developments with the latest control rendition. But we have already done a full article on the new control which you can check out here.

In November another patent was released, hinting at some new accessories. For example, we have seen sketches of a mystery cartridge turned up for what many believe are going to be expandable SSD storage modules. Or modern-day memory cards, because why not.

Having easy slot-in, slot-out external hardware could be a game-changer when talking units of 500GB or more. Rather than just saved game data and other media, it could well offer the storage for game libraries instead. That will free up the PS5 from needing an enormous hard drive at launch, helping the price.
When it comes to VR, the current PSVR will be completely compatible. Cerny has hinted at a bigger push for the technology with VR set to be designed into the build of the GPU. No mention of a PSVR2 headset but I wouldn’t be shocked given the fact their resolution is way below the HTC Vive and Oculus Rift, so it would make sense to bring out a new high powered kit to coincide with the launch.

One interesting twist is Sony may be working on a 3D hologram accessory for the PS5 for multiplayer games. A light emitter with an eye tracker could project an image directly to the user’s retina to give the impression of a hologram floating in mid-air.

What games can we expect?

As ever, as long as the console is up to scratch nobody cares as long as the games are good. From teasers and expected release dates doing the rounds on the internet we can expect most if not all of the following to be around for launch:

We’re expecting to get a closer look at some of the big titles launching on PS5 during a special YouTube livestream event scheduled for Thursday 4th June. Keep an eye on our social channels for more info.