Remember last year when Netflix took the big leap into interactive television with Bandersnatch? How could you not it took over the world at the time? It was brilliant, innovative, different but the movie was also great, albeit a tad depressing. Following the success of the interactive system, Netflix has decided to take its tech in the other direction strapping survivalist Bear Grylls with a camera and pushing him out into the wild. In You vs Wild, Bear Grylls takes us on a journey through the harsh terrains we have seen from his Discovery series, but now we call the shots. Just keep your expectations low, this is primarily aimed at a younger audience.

Before I get into this, I love how the interaction works, I think it’s a cool gimmick and done right we can have more content at the level of Bandersnatch, that or it can be used for children’s education tv. However, this is neither. Yes, it’s aimed somewhat at children, but it feels totally fabricated and there’s no real sense of danger..probably not surprising when you think he would have to film each physically laborious choice which I can’t imagine is a pile of fun.

It was a great idea, it’s taken me longer than I expected to get through the series and simply the reason is this. It has massive potential, but it just doesn’t work. All of the action shots from various different locations are painfully obvious, and no you can’t kill Bear. I tried.

Right from the start, we can see it’s all a bit meh. In episode one we are given a choice to take a grip hook or a slingshot with you because apparently we one have space for one. For example, we take the slingshot, we stumble upon a croc, fire the slingshot to scare him and he goes into the water. Bear tells us “good job” before then ploughing back into the river, where we saw two seconds beforehand the crocodile has gone into. Logic.

I get they want to make this educational but wow this gets repetitive. Each time you get a choice our guide will explain each choice in great detail, and again while you contemplate your choice and again when you actually pick. You get where I’m going with this, after the 3rd or 4th choice in a row you might be fit to fire the remote at the tv with a sense of “just get on with it” 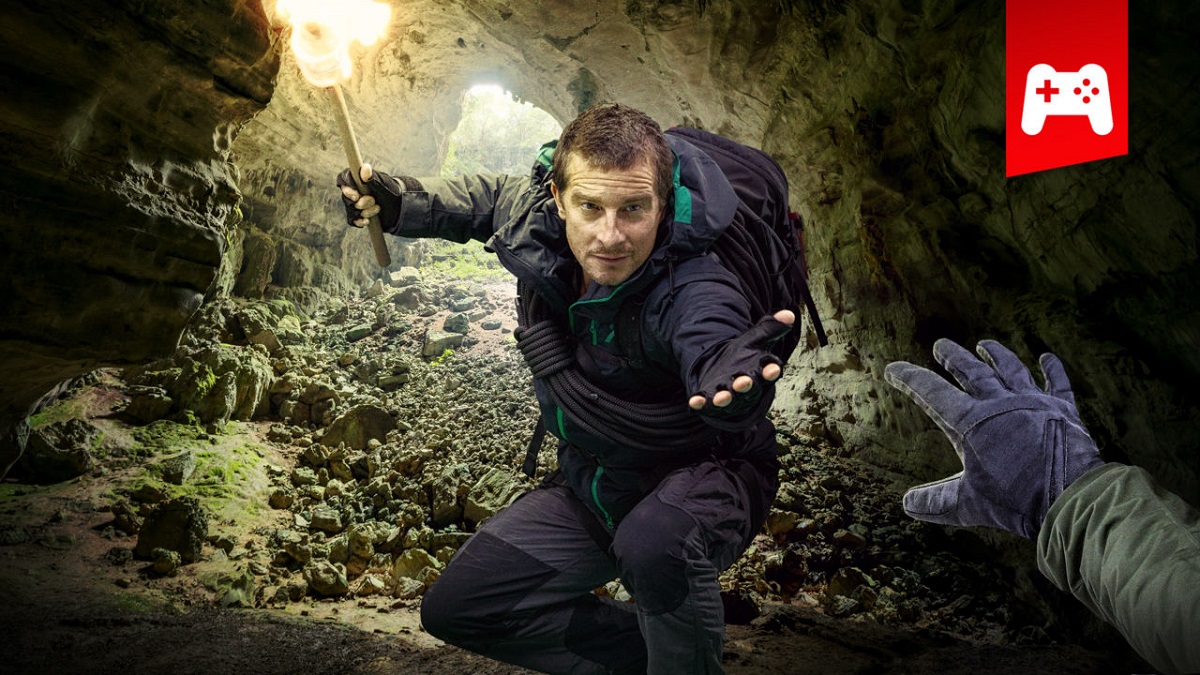 I feel like this is one I watched so you don’t have too. As I said before you can’t kill Bear, you can just about make him sick or trapped where you go back to your previous selection, not unlike Bandersnatch. Sadly for Bear Grylls this is the only similarity between the two interactive shows. You vs Wild in its defence looks very impressive, each of the locations is stunning but for what this show wanted to be, maybe it’s a bit to clean cut and polished. Initially, I came into this hoping for something along the lines of the old Born Survivor Bear from his earlier Discovery days. As a fan of the Discovery shows my initial plan was to see if I could survive but after 2 episodes of trying to make the right survival decisions boredom set in. It’s more fun to see if you can mess around with Bear, make him eat the wrong thing or take the riskier journey, just to see what would happen.

For me, this would have been much better if he was simply strapped with GoPro and you were made to feel like you had an actual impact on his journey. Instead, we get a boring, Hollywood clean production which sucks the life out of what could have been a cool collaboration of tv and tech. If you’re a Bear Grylls fan, give it a go, make up your own might. But don’t expect to make it to the end without getting bored. It’s more scripted reality tv and less survival but it would keep a curious child entertained…for an episode or two anyway.
Ads To Pay The Bills