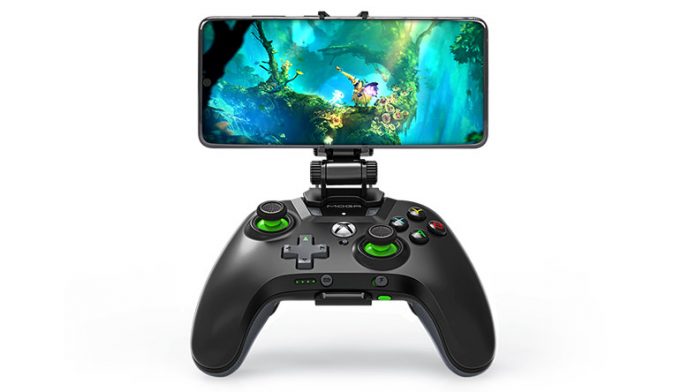 Cloud gaming is nothing new. In fact, it’s been around for longer than you think. When they first hear the phrase most people will immediately think of Google Stadia or Steam Link. It can be argued, however, that browser games like the old Flashgames of the late 90s and early 2000s are the precursors to these newest iterations on the technology (shout out to everyone who grew up on Newgrounds).

What we now think of as Cloud gaming is essentially the Netflix of video games. You pay for a subscription to a video game service that allows you to stream the game of your choice to practically any web-enabled device with a screen. Whether it’s your PC, your phone or your tablet, the promise of most Cloud Gaming companies is to have a seamless, consistent experience across all platforms. However, this hasn’t appeared to be the case lately. Stadia, Google’s offering, has been panned as being poorly optimised with buffering issues and high input lag (the length of time it takes between you pressing a button and your character doing something in-game). Steam Link also strongly recommends a wired internet connection on most devices for optimum play. Even streaming relatively simple games like Jackbox Party Pack is taxing over WiFi. To be fair, these drawbacks are understandable. Video games are reaching such unprecedented levels of graphical fidelity and mechanical complexity that it makes sense that it’s tough to stream an HD game over your bog-standard internet. These issues, coupled with recent news that Google would no longer be developing games for Stadia, could put the question of the viability of Cloud Gaming in doubt.

Hope is on the horizon

There is one company, though, that may have just cracked the issue. Microsoft. They first showed off their cloud gaming aspirations at last year’s Samsung Unpacked event with Myth showing off his ability to play on the go, streaming his favourite games to his Samsung S20 Ultra. Seeing as the service wasn’t launching in Ireland for some time I promptly forgot about this little showcase and continued with my life as normal. However, after watching this year’s Unpacked event I thought I’d give it a go and see what the fuss was about. Safe to say I was impressed. Extremely impressed.

First thing’s first, to use this service, you’ll need a subscription to Xbox Gamepass. This is a service that really is a no-brainer if you own an Xbox or a gaming PC. You pay a monthly fee for access to an enormous library of first- and third-party titles that you can download and play at no extra cost. These include all first-party games on launch day. EA have also added their games to the service and and Ubisoft are rumoured to be joining them soon. I also played these games on my Samsung S20+ with a Nintendo Switch Pro controller, as a hardware reference (though that shouldn’t matter too much). The service does offer on-screen touch controls but for many games these may not be feasible.

Walk before you can run

I thought I would ramp up slowly, testing the service on smaller games before moving up to bigger and more demanding titles. I chose Donut County as my first test case and all went well. I booted up the app, selected the game and I was right in after a short load time. The game ran well and there was practically no input lag. Thankfully, Donut County is more of a puzzle game that relies on your ingenuity and creativity rather than lightning-fast reaction times so input lag wasn’t a factor. I was zoned out on the couch, leaning forward looking at my phone, but outside that I was playing an Xbox game. A perfectly run of the mill experience.

And that’s the key, this was a normal gaming session that just happened to be on my phone. This is what Cloud Gaming should be aiming for. To be on par with everything else and so far, so good.

Next, I thought I’d pump up the graphical fidelity a bit while staying in the realm of single player games. Ori and the Blind Forest seemed like a good benchmark with its detailed environments, colourful characters, and sublime animations. I was late to the Ori party, only playing at the start of lockdown but it quickly became one of my favourite games. I was praying that my experience wouldn’t be ruined by a bad stream.

Thankfully, the stream defied all my expectations, and I was able to play Ori without any hitches at all. The controls responded as they would if I were playing on a normal Xbox or PC, the game ran at a minimum of 30FPS and it looked stunning. If I didn’t know any better, I’d say this Cloud Gaming thing might just catch on.

We use live ammo here

Finally, it was time for the big boys to come out and play. I booted up (is that the right thing to say with cloud gaming?) Gears 5 to see how the cloud would handle a Triple-A online game. All seemed well upon starting the game and navigating the menu (something I admittedly had some teething problems with, having played Gears on PC for the last 4 years) and I made my way into a Horde match. I’ve never been one for the PVP modes in Gears and I thought it would be wise not to try and face off against humans for this test, rather I would play with them instead. I got myself into a lobby, chose my character and my class and it was ready to go.

Gears 5 Horde mode seems to have a persistent issue for me and me alone, wherein picking up the Fabricator (the item that helps determine where you’ll set up your base) boots me from the game (even if I’m the host) so I took some time early on to refamiliarize myself with the controls. After getting my bearings and hunkering down behind cover I was ready to take on the Swarm.

I had only intended to play through until I died in the game, but I found myself so absorbed in the experience that I finished the whole match (about 40 minutes of play). I honestly barely noticed any difference between play on PC and play on Mobile. Truthfully, there was a small bit of input lag from time to time and the resolution dropped occasionally, but to be honest, I’m still blown away by how the service performed. It also must be said that neither of those issues were significant enough to dampen my experience. The thing that flummoxed me the most was using a controller instead of the keyboard and mouse that I’m used to.

The future is green

Safe to say that I’m a Cloud Gaming convert at this stage. But if you needed more convincing, I checked my battery level and my phone’s temperature (only to the touch, I didn’t get super fancy with it) after my whole play session. After about an hour and a half of total play time my phone’s battery had only dropped by 10% and it was in no way hot, or even warm to the touch. Again, I was using a flagship phone at the time so your mileage may vary but I was stunned at how low the power consumption was, especially considering I was playing one of the most detailed games on offer for the Xbox right now.

Will this be my preferred way to play going forward? No, I’ll stick to my consoles and PC for the time being. But if I find myself at a loose end with a stable 4/5G connection you can bet that I’d prefer to jump into a game of Escape or a race on Forza than mindlessly doomscrolling on Twitter. Cloud Gaming has come a long way, and it still has a distance to go, but I, for one, will be alongside it every step of the way. It is the future.