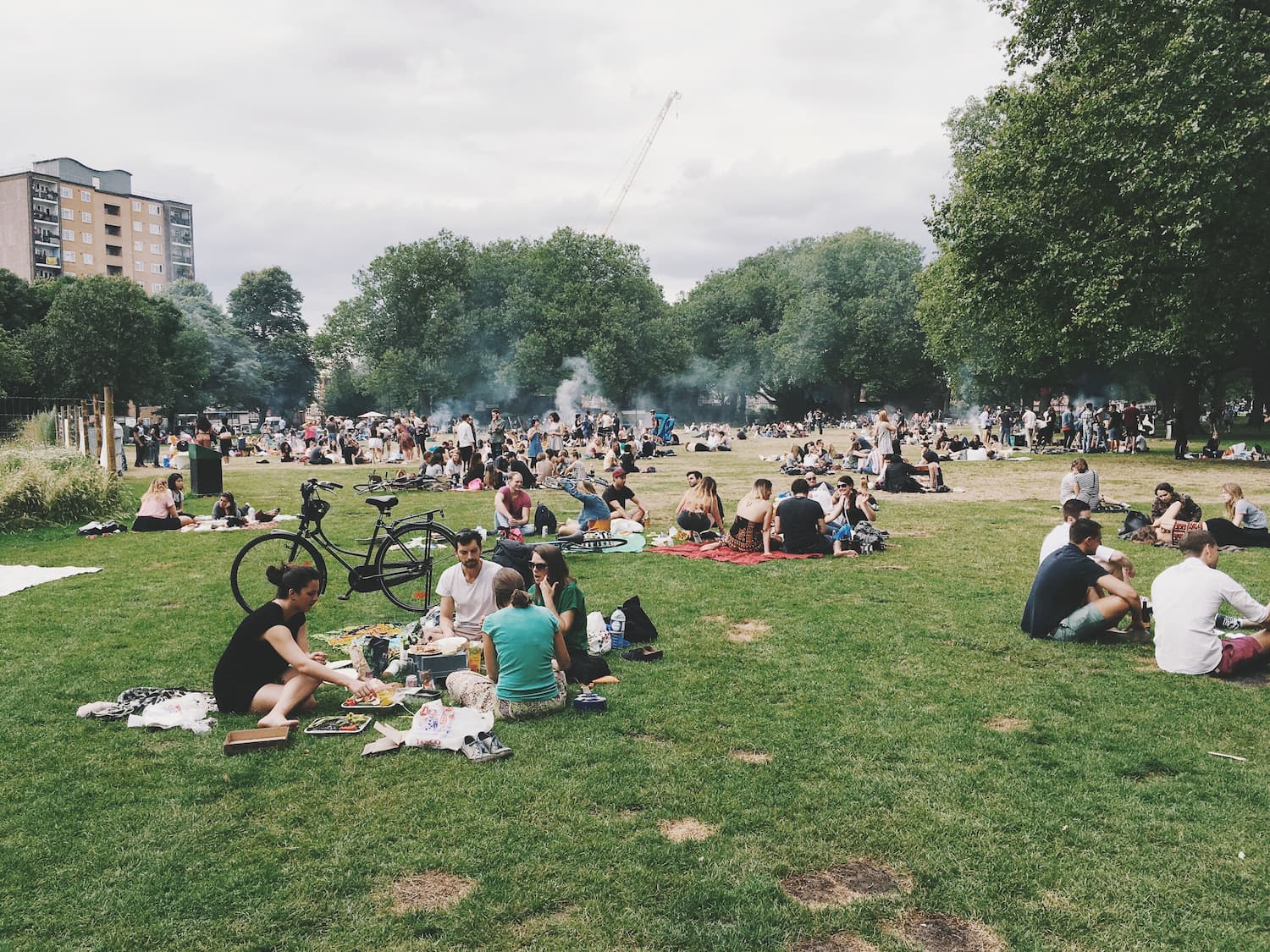 Ok. Three days in a row now I’ve spent the evening having a wee tipple outside. I think we could be heading into a run of decent weather. I’ve ruined it haven’t I? Well, in the event that the weather returns (or hell even keeps going) here are some of the best gadgets to get you through the great outdoors. Despite the mixed messages from Government, the outdoors really is the only place we have left!

First thing’s first people. If we are outside grilling the last thing we need to do is:

This is why I love Meater. I met the guys behind this smart meat thermometer at IFA a couple of years ago. I’ve used it a couple of times since and love it. It totally changed how I cook meat because it helped me understand how meat itself cooks over time.

Stick the probe into a steak, lash it onto the BBQ and keep an eye on your phone to see how cooking is progressing. The Meater will even suggest cook times based on what you’ve cooked and how you like your meat.

The Meater, or more specifically the Meater+, is a sure way to wow anyone who pops round for a BBQ. It’s available on their website for €109.

I’ve had this a while and never really got to put it through its paces because of lockdown. The Harmon Kardon Citation 200 is a brilliant speaker. It can connect to your WiFi or be used more simply as a Bluetooth speaker. 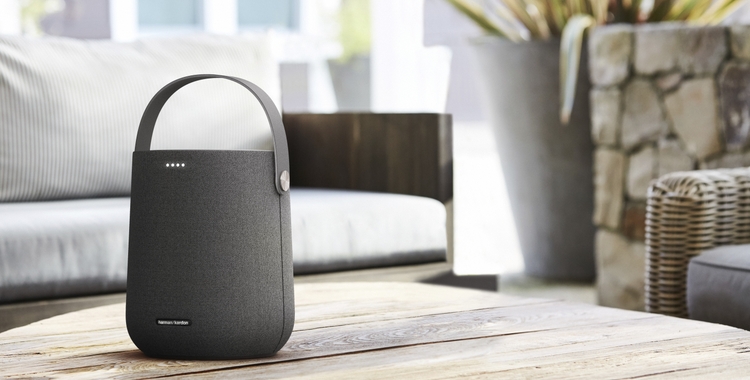 The beauty of it all is that this can then be used for casting music. If you’ve got some friends over, build a Spotify playlist and queue up some music without having to pass a single phone around. Better still, it’s got Google Assitant built in so you can just holler your requests at the speaker.

The sound quality out of this speaker is extremely impressive and with a battery life of 8 hours, it will outlast most summer get-togethers. It’s a classy-looking piece of kit and the best part is that it’s currently available on the Harvey Norman website at the reduced price of €289.

It’s not waterproof. This is one glaring issue. If you want to overcome that, keep reading.

If you’re lucky enough to have a garden to bate out some tunes on a speaker like that, you’re going to need to make sure there’s WiFi. The first solution to a WiFi shortfall at home or in the garden is to slap on a hotspot. Most networks allow this and if you’ve got properly unlimited data then just go for that.

If this isn’t an option and you want to make your WiFi stretch just that little bit further, then a WiFi mesh system, also known as a WiFi extender, can save the day.

WiFi extenders come in a range of sizes and price ranges. You can pick up fairly respectable systems on Amazon for under €100 that will absolutely do the job. I’ve actually used this mesh system in my Mam’s house and have to say they are incredibly good at what we needed them to do.

But my personal system of choice is the Google Nest WiFi. Yes, for just the router and an access point, you’ll need to fork out €259 but from there on out adding new Google products is super simple through the Home App. More importantly, the quality of your WiFi signal will be vastly improved. You also get a Google Assistant built into the second access point. Which is neat.

WiFi extenders are the quiet hero of lockdown both for work and play at home.

One of my favourite questions to ask my better half is, “from all the gadgets that get sent over to review, what’s your favourite?”. It’s usually a clash ball between one or two different items, but this projector from Nebula, which is more or less Anker, is always up there.

We use this on a regular basis. It’s effectively the TV in our bedroom. It’s a fully functioning Android TV setup which means I can install Netflix, Disney+, Prime Video, and pretty much all major apps, though SkyGo still doesn’t work for me.

The one thing I will point out is that the projector, as great as it is, really excels in the dark. If you have street lights nearby or can’t wait until passing dusk to throw on a movie against the gable end of the house, this might not be the best purchase in the world.

But in the dark of night and probably with a Bluetooth speaker connected up as well to get a more cinematic experience going, this is an awesome piece of kit to have for warm summer nights. Rare as they may be in Ireland.

It’s also got enough of a battery to get you through most movies. Maybe not The Snyder Cut, but most movies.

It’s not all about eating, drinking, chilling, and raving this summer. I’ve already found myself out and about on quite a few walks and one app that I love is Google Lens. I think what impresses me most about this is the fact it’s free and after publishing a video about it on TikTok, I got quite a few messages from people loving what the app does.

A good friend of mine got in touch to say he had identified a tree that was in his garden for 15 years thanks to the app.

This is another scenario where my other half says she actually really likes a bit of tech too and I listen. She’s a great barometer for apps and gadgets so if she likes this, which she does, it’s a sure thing. Next time you’re on a walk check out the Google Lens app which is available on both iOS and Android.

I am by no means a typically active person. As a tech reviewer, I feel there’s some level of laziness required in my life. But even I have been feeling the urge to get out and walk, particularly now that the weather is getting better. But if you don’t track all that activity, did it even really happen?

The Fitbit Sense slots neatly into the category of slightly pricey tech, but tech that I adore. It’s also handy because I like using Fitbit Pay in shops so I don’t have to fumble around with my phone codes because Face ID doesn’t work when wearing a mask.

This mega fitness tracker from Fitbit really is one of the best on the market and I guess that’s to be expected from a company that has cornered the market and made Fitbit a household name to the point where most fitness trackers are referred to as being “a fitbit” regardless of the manufacturer.

This is hot off the presses. Landed on the desk for review just yesterday but I’ve got to include it. I did say the speaker mentioned earlier is a classy little number, but the JBL Pulse 4 just bangs. I would love to see this speaker, full whack in a dark garden. If you’re leaning more towards mini-rave with a small, restriction-abiding, group of friends, then keep reading.

The JBL Pulse 4 not only packs in some awesome sounds, but it’s a full 360-degree disco light too. The lights can be adjusted and move to the music. It’s whopper. As I said, I’m not going all in to say it’s a slam dunk purchase given it just landed in, but it’s mighty impressive so far. When it comes to topping the list of cool garden gadgets this summer, this is it. It’s also waterproof which I excellent news. Because, you know. Ireland.