Home News Entertainment News Drive To Survive Season 3 Review: Is It Worth Watching? 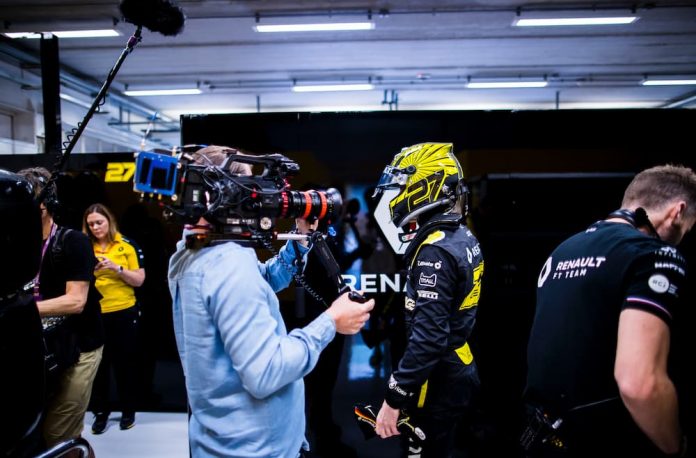 Sebastian Vettel is asked about the 2020 season so far and why it’s going so badly. “We don’t have that much time to be honest. Next question”.

The Formula One season was something special. It felt like we shouldn’t have had a season at all with everything going on, but as they say – “Cash is King”. Against all odds, we got 17 races in the 2020 season and it was another somewhat predictable title for Lewis Hamilton and Mercedes. Record after record being broken, yet the sport is lacking some excitement. At least that’s on the track. Off the track, Ferrari fell apart, Racing Point was suspiciously fast, contracts ran to the wire and Bottas, well, he’s got a new side to him that is much more fun that I previously thought. I’ve seen that other side after watching Drive to Survive Season 3 on Netflix.

What Is Drive To Survive?

Drive to Survive has been one of Netflix’s standout homemade docu-series following the ups and downs of one of the most exciting sports on the planet; Formula One. F1 owners, Liberty Media, have always been eager to make the sport more accessible to existing fans while also growing interest amongst new potential fans. Drive to Survive provides the perfect platform with a balance of behind the scenes excitement, unprecedented access to the unseen storylines in and between team and info to get you up to speed with the sport.

Now in its third season, it’s hard to see why the dream team of Netflix and F1 would part ways. Season 4 is rumoured to be agreed upon and today, as testing kicks off in Bahrain, I’ll be keeping an eye out for the Netflix cameras.

I’ve watched some of Season 3 already and it’s possibly the most exciting to date.

If you don’t watch F1 there will be some spoilers of assumed knowledge.

Season 3 kicks off with chatter of Covid-19 in the background of F1 drivers, team owners and team principles, going about their pre-season preparations. I mean that literally. Racing Point team principle Otmar Szafnauer is driving to the launch of the seasons car, or at least something that looked like the car, and on the radio we heard about Covid-19 spreading in China. This repeats itself a few times right up to Australia where the season plunges into doubt as a McLaren mechanic tests positive for Covid-19.

It’s so odd to look back at a year ago. It puts the past year into context. I remember being in Barcelona myself the weekend F1 testing began. The world felt like an odd place, but nothing like it is today. Looking back, there was a certain naivety about it all. Seeing media huddling around each other but distancing from the drivers. So weird to see it now. Odd to see back when we knew so little. Drive to Survive has, almost by accident, become one of the most unique pieces of sports history as it was one of the few international sports to survive Covid-19.

Before long, the season is back with everyone wearing U-Masks, which have seemingly survived a scare they had in Italy.

As I said, the 2020 season was unpredictable off the track. That makes for great telly. Having watched all of the seasons to date, this seems to be the best level of access yet. Which makes sense. The series has proven itself. Netflix gets to create content in a time where that’s next to impossible. F1 gets to make money when fans have been told to stay away from tracks. Team sponsors know they’re getting a massive boost to their visibility.

Drive to Survive has turned into an entertainment beast and, I’d argue, a very important outlet for the sport. As a result, the access the producers get is remarkable. The difference in Season 3 is that everyone seems more aware of this than previous seasons. Rather shockingly, it doesn’t mean less juicy storylines because everyone is being careful, but it’s like they know what they’re at.

Vettel discusses a potential return to Red Bull with Christian Horner, then glances at the camera. I’m still trying to work out if what Bottas does in episode two was public knowledge that I just missed or some of the juicest parts of this whole series.

Some of the most important people in the sport are wearing microphones and heard saying things which are, frankly, somewhat shocking.

While rivalry is to be expected, a lot of the friendships behind the scenes is somewhat amazing. Of course, the big crash at the end of the season showed the respect everyone has for each other, but Drive to Survive shows there’s something else. In one scene, Racing Point’s Sergio Perez offers Haas’ Guenther Steiner a flight to a track in the private jet booked for him. Ok, so it’s fairly first world comradery but still.

I’m a huge F1 fan so this section does hurt me a bit. Drive to Survive opens a small window into the moral questions the the sport needs to ask of itself. The episode “Cash is King” shows Lewis Hamilton famously stating his shock that the drivers were sitting in a room with media shortly before the last minute cancellation of the Grand Prix.

I’ve not got to the last episode yet which has a discussion with Lewis Hamilton and what it’s like being Black in F1, but I’ll be interested to see how much they cover. For example, will this episode touch upon the disorganisation of the anti-racism message before each race?

F1 also raced under the slogan of “We Race As One”, promoting diversity in the sport and a more sustainable future. From Hamilton being the lone Black driver to the massive carbon footpring the sport generates, one wonders just how dedicated to a sustainable future F1 really is. Some might even say the sport is rather hypocritical.

F1 still visits particularly rich locations such as Saudi Arabia, Abu Dhabi and Singapore where members of the LGBTQI community face persecution for simply being themselves.

Top it all off with the simply incredible fact that Nikita Mazepin managed to keep his seat despite, well, everything he’s done.

F1 needs to start having answers for all of this soon.

Drive to Survive Season 3: Is It Worth Watching?

Having just being able to binge through the first half of season 3 in time for this review, my answer is a resounding yes. The 2020 season was interesting for so many reasons, even if on the track was average. More and more it’s becoming apparent that behind the scenes of F1 is arguably better than the 50+ laps on a Sunday for those with a fleeting interest in the sport. For hardcore F1 fans, the level of access is mouth watering.

All ten episodes of Drive to Survive Season 3 are out now.