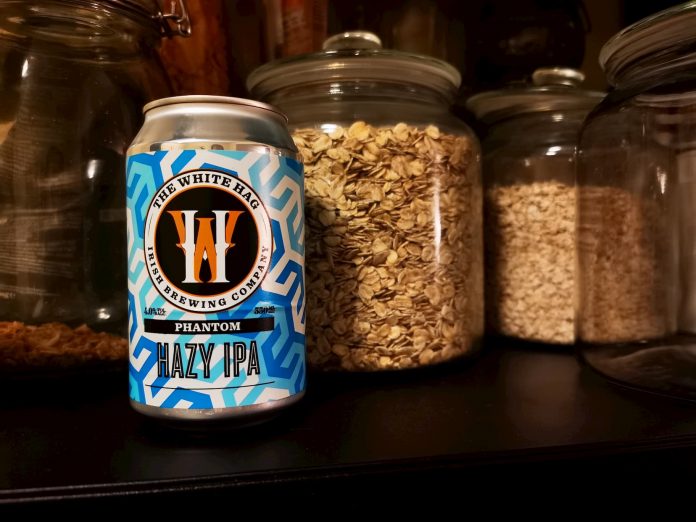 Right, well it’s safe to say we’re probably going to be in this situation for another while, right? The bars are shut. loads of restaurants are shut. Life as we know it has changed dramatically for the coming weeks and months. Businesses are going to be under pressure. One area of business I’m looking to support more is craft breweries. Tonight, The White Hag Irish Brewing Company hosted the first every online beer launch in Ireland.

Who Are The White Hag Irish Brewing Company?

Hailing from Ballymote, County Sligo, The White Hag Irish Brewing Company was founded in 2013. The brewery was founded by Brewmaster Joe Kearns, the Storyteller Pádraig Staunton and the Bean Counter Paul Mullin. Their goal: to build an innovative and ambitious brewery in Sligo. Today, they’re a team creating some of the finest craft beer in Ireland. They do it all with an Imperial Oatmeal Stout, an Irish Bog Ale, an Irish IPA, a WIT Beer, a White IPA, an Imperial Sour Red and an Oatmeal Chocolate Milk Stout all on offer.

For the past few months, they’ve been brewing a range of beers to get through Paddy’s Day and beyond. That’s a Paddy’s Day that didn’t happen. If you could imagine Christmas not happening for the toy industry, this is what just happened to the craft brewing industry.

So with barrels of beer set to launch and the pubs closed, what’s The White Hag to do? Why it’s launch it online of course.

With a laptop streaming Facebook Live and two phones covering Instagram and Periscope on Twitter, the lads cracked open a few new beers to an audience of a couple of hundred onlookers. The event had been announced a few days ago and drops were made in select off-licenses so people could have a can for the launch. You could also buy online.

Enjoyed the online launch of the Phantom Hazy IPA by @Thewhitehag pic.twitter.com/F0i5h4KmQs

Obviously, we’re all much more open to the idea of video conferencing and video calling. My own mother has managed to have a glass of wine with a friend over WhatsApp video calling just last night. We’re a nation in isolation who just doesn’t want to feel isolated.

However, for the likes of The White Hag, there’s a lot more at stake.

Honestly, it really wasn’t that long ago I didn’t understand craft beers. I’d look at the atypical “craft wankers” and scoff. I’m now an absolute “craft wankers”. Today, I toddled over to Craft Central’s store and dropped fifty quid on cans. Why?

To be honest, I wanted to stock up for the coming weeks (days – who am I kidding). I was going to do an order with Brewdog but then I figured, you know what. They probably have hundreds of ordres going into hundreds of distribution centres around the world. It might not be fair logic, but that’s why I went and supported the local off-license.

Ok, I’m totally appreciating that these are the romantic words of a potential alcoholic. The truth of the matter is many breweries most likely won’t be here by the time this crisis clears up. You can be sure the likes of Heineken and Guinness won’t go anywhere, but these tasty and carefully crafted IPAs and stouts could very easily be a thing of the past unless we support the breweries.

Now, there are more important things than ales. Of course, there are. I’m just saying I’m glad I was able to support an Irish business tonight in launching a new beer. I’ll be supporting them through a few launches, hopefully long into the future. There’ll be more online launches and remember you can order your beers directly from The White Hag or from some cracking online stores like Craft Central. Craft Central is just off Stephen’s Green too if you’re Dublin-based.

In the coming weeks and months, you’re going to see craft breweries getting more creative. Brewdog has just teamed up with Deliveroo who now also offer contactless delivery. The White Hag team has promised more madness in the coming weeks. Others are getting in on the act too with a band, The Scratch, opting to release their new album early off the back of a free Paddy’s Day gig they did on YouTube. Everyone is adjusting to this new way of living and we’re all getting creative. Breweries will too so this could be the best time every to get into a new hobby. Craft beer tasting.

Oh, go on. How often will I get to rate a beer on a tech blog? As tenuous a link as the live stream was, I’m taking it.

The Phantom Hazy IPA is everything I look for in a beer. When I started out with IPAs I thought it was the Double IPAs I liked. Being honest, I still have no idea what I’m tasting or enjoying when I’m drinking, but it was dangerous thinking that only liked 9% beers!

The Hazy IPA from The White Hag is a love 4% IPA that you can let yourself put a few away without worrying about the stumble home. I call these hazy ones chewy. I don’t know why, but for me, that’s what I look for. It’s gorgeous and I’m glad I found a 4% IPA that I really like.

Throw me a follow on Untappd if you want to see my voyage of discovery into the world of craft beers continue.

Update: Back in March I said we might be light this for a while. Now it’s December and brewers need you more than ever. The White Hag is now offering great value craft beer gift packs, the perfect gift idea for any beer fan!