It’s one of your favourite times of the year. It’s Christmas and we also get to look at the 2015 Google Trends for Ireland. A deep dive into the Irish psyche and really get to know all of you people out there. 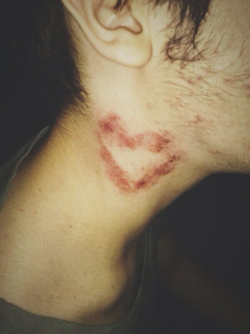 The how two section provides some laughs with “how to shift” making the top list last year. The Irish have become a little more sensual with “how to get rid of hickeys fast” making it into eight position on this years searches.

The people of Ireland came to terms with the new Snapchat features and landing the perfect pancake. People we’re also searching “how to eat a pomelo” which suggests Lidl or Aldi possibly stocked these at some stage throughout the year. “How to bleed a radiator” is another interesting one to make its way into the listings, though it’s not joined by a query on how to buy the little key things.

Google can truly give an insight into the knowledge people crave. With the rise of ISIS there as been a matching rise in people seeking to learn more about the Islamic State stemming from various terrorist attacks. Attacks such as those seen in Paris earlier in 2015 targeting Charlie Hebdo. These attacks led to #JeSuisCharlie trending on Twitter and the trend becoming the second highest search in the category.

House being released onto Netflix almost certain had some influence on third spot as the public simply need to know “what is lupus”.

We get time off so of course we want to know when Easter 2015 is. Going on earlier searches, it’s no surprise that the public count the days down to Pancake Tuesday, taking second spot in this search category, with the Late Late Toy Show being another major event on the annual calendar. Will Thanksgiving be the next American trend to make the trip to Ireland? A rising interest in the American holiday suggests that it just might.

Ed Sheeran and Adele top the music chart, which if were not for the tragic events in Paris, may not have considered a surprise entry for the Eagles of Death Metal. The Californian band played the Bataclan music venue which was subject to a terror attack in November, prompting many to look into the rock group.

He may have only enjoyed 7 minutes and 4 seconds of fighting, but Conor McGregor is just a phenomenon in the ring and in today’s pop culture. Everyone want’s a piece of him as he’s the highest searched sports person and second highest person in general to emerge from Google’s 2015 trends. The legendary All Black, Jonah Lomu comes in second with Ronda Rousey taking third despite here recent shock loss to Holly Holm.

Really all we’re doing here is picking some of the bits from the Google Trends site that we found interesting, but it’s really worth a quick glance yourself. You’ll probably find it more entertaining that you might think and you’ll see a lot of people search the stuff you’re after too!