What is a daily rider? Well, my current daily rider is the Huawei P30 Pro. In the world of tech reviews, quite a few phones come across my desk. The daily rider is the one that gets my sim. The one I actually use day today. It’s the phone I’ve put all my faith in. When Huawei sent me out the P30, the little sister of the P30 Pro, I said screw it and popped my sim in for two weeks. How would I fair using the cheaper Huawei option after using their flagship for months? This is my Huawei P30 review.

Considering the Huawei P30 Pro boasts the best camera system on the market according to DxO Mark, there’s no point in starting anywhere other than this phone’s snapper. The P30 opts for a slightly different camera setup to its bigger brother. Removing the “Time of Flight” lens, the P30 should lose out some quality when it comes to bokeh style portrait shots. However, thanks to some really clever use of software, the gap here is tiny. In reality, the P30 and P30 Pro cameras are really tough to separate. 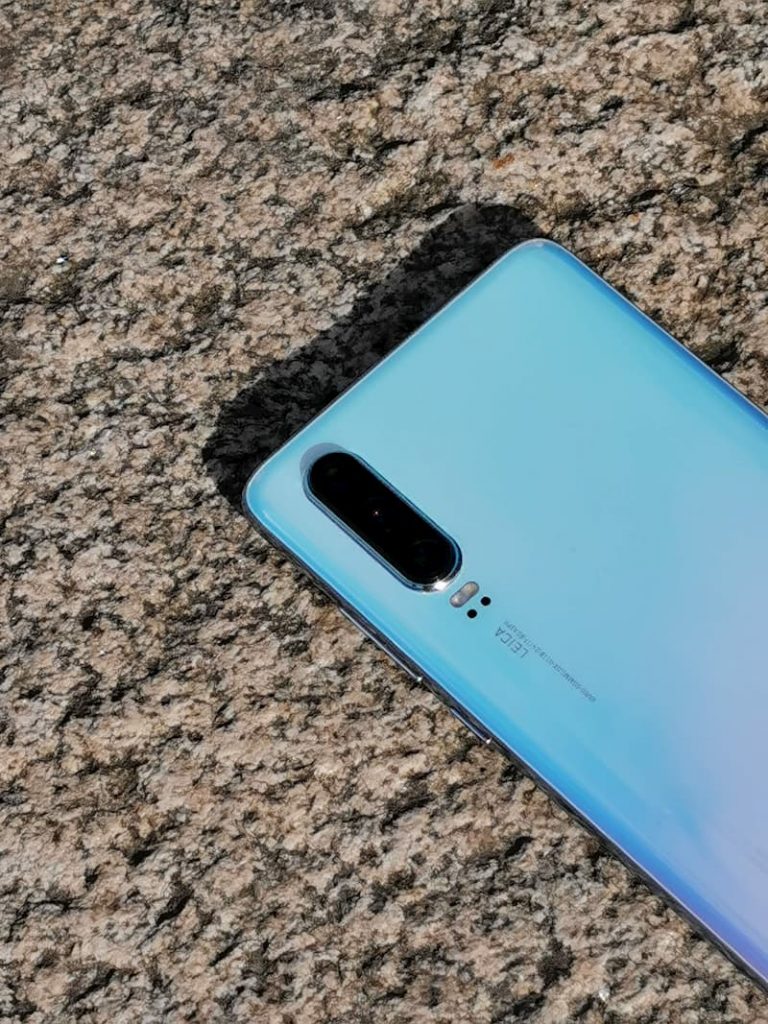 In terms of hardware, you get the same 40MP wide lens and 8MP telephoto lens on both phones. The P30 does have a 16MP Ultra-wide angle lens versus the P30 Pro’s 20MP Ultra-wide angle lens, but in practice, I couldn’t spot a quality difference between the two cameras. Let’s not forget, by the time you share most of your shots on your favourite social media platform, the images will be so compressed into equality.

It’s easy for me to dissect these two stunning Leica cameras on paper, but I want to cut out the nonsense. Both of these cameras are stunning. Perhaps the P30 Pro is beyond stunning, but the P30 will, as we discussed on The Goosed Podcast, will also leave you eager to go for a walk, phone in hand, to snap some photos. There were even some shots I convinced myself were better on the P30 altogether. You also get some of the new standards in smartphone photography, including optical image stabilisation for video shooting, 960fps super slo-mo and low light photography through Huawei’s incredible night mode.

But what about benchmarking against Samsung? Well, the good news is that there’ll be a Samsung Galaxy S10 on my desk really soon to review and I’ll be comparing with Huawei’s flagship range.

For me, this is where things get really interesting. I haven’t used a smaller smartphone in ages. Yet, in a short space of time, I got to take a run with the Google Pixel 3a and the Huawei P30. What surprised me was now how little the smaller screens annoyed me but even how much I liked having a smaller phone. I accept these are just small by modern standards, but even so, it’s nice to have a little tip of the hat to the smaller phone days. 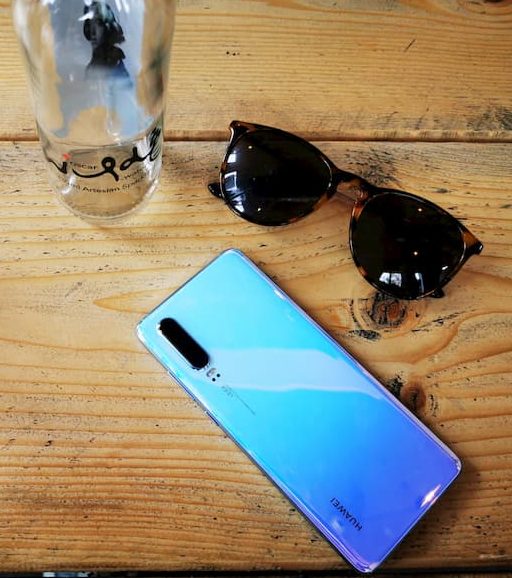 The Huawei P30 feels incredibly comfortable in the hand. It’s a little chunkier on the sides perhaps in some way thanks to the fact Huawei has decided to include a 3.5mm headphone jack, something that doesn’t feature on the P30 Pro. On the subject of sound, both phones still seem to carry through Huawei’s slightly underwhelming speakers for listening to music, but the P30 does bring back an earpiece, overcoming one of the pain points I had with the P30 Pro.

The small notch at the top like all notches, in reality, is practically unnoticeable. More noticeable is the ridge surrounding the camera which does affect the phone when left on a flat surface. I also noticed that whatever material this phone is made from, it will slip of nearly any surface you leave it on, so be careful. 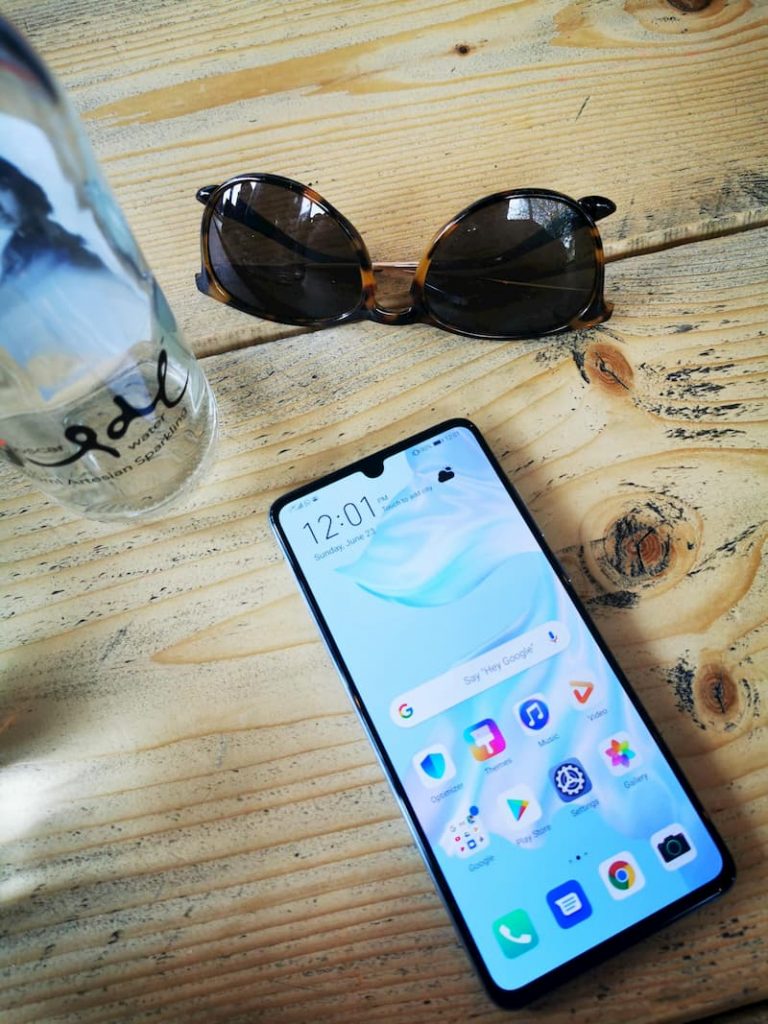 But I can’t finish the design section without talking about colour. When Huawei announced that one of the colours would be called Breathing Crystal, I know I laughed. Notions. But then I got my hands on this P30 in Breathing Crystal. First of all, I personally love it. Secondly, so does bloody everyone else. So many people that I didn’t even know stopped me to ask about the colour. It is stunning and it’s nice to see something as common as a smartphone can finally turn heads again.

There’s a significant price difference between these two Huawei phones and the hardware section is perhaps where this is most noticeable. Naturally, the P30 has the slightly smaller battery at 3650 mAh, though like its bigger brother, it’s the software and smart battery assistance that makes this phone purr for hours, hours longer than most. While you also get to keep Huawei’s whopper fast charging, you do have to sacrifice wireless charging.

I don’t feel like this is a deal-breaker, but I really do like having wireless charging. If you have wireless buds that need charging, this also means you can’t use your P30 like Samsung S10 and S10 Plus users can, of course also alongside P30 Pro and Mate 20 Pro users. Wireless charging likely fell victim to the logistics of fitting bits and pieces in to the phone and as a result, the extra space means you do get a proper 3.5mm headphone jack.

Maintained is the in-screen fingerprint sensor, a feature widely becoming commonplace on smartphones.

There are two further important call-outs. Once again, there’s no Gorilla Glass, so I would recommend picking up a screen protector of some sort. Also, quite surprisingly, the P30 is only IP53 rated versus the P30 Pro’s IP68. This means getting caught in a shower with the P30 shouldn’t be a problem, just don’t bring your phone into the shower with you.

The model I reviewed had 6GB RAM and 128GB memory. Loads on both fronts there, delivering a lightning-fast phone that doesn’t swallow up battery for sport. The phone will likely ship with Huawei’s EMUi 9.0 but is updatable to EMUi 9.1 out of the box. Also, despite current goings-on in the world of international trade, Huawei has committed to ensuring people buying these phones will continue to receive updates while also being able to access Google and Facebook apps.

I was shocked by how much I enjoyed using the Huawei P30. I was sure the smaller phone would annoy me. I was sure the slightly lesser specs would leave me feeling that I had an inferior phone in my hand. But no. The Huawei P30 feels like a smaller version of the P30 Pro. A smaller version that does cut some corners but doesn’t skimp on quality anywhere. While you’ll save a fair whack by buying a P30 over the P30 Pro, you’re unlikely to be left wanting for much.