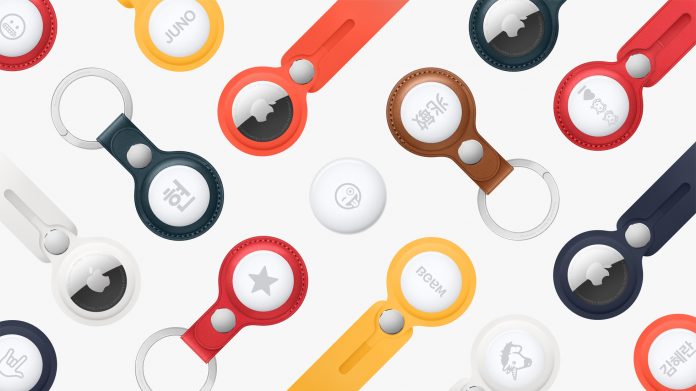 Yesterday, Apple launched their first products of the year at the Sprint Loaded Event. There were lots of new bits and pieces launched, but one of the more unique items launched is the Apple AirTag. Here’s everything you need to know about it, including the AirTag launch date for Ireland.

What Is Apple AirTag?

I’ve had Tile on my keys for years. In case you don’t know it, Tile is a genius piece of tech. You slap a little gadget onto your valuables and connect it to your phone with Bluetooth. Then, if you lose your keys, handbag, wallet or whatever, the app can tell you where it was when it disconnected.

Apple AirTag is this, on steroids.

AirTag is a small gadget from Apple which slots into the “Find My ecosystem”. This whole ecosystem is to help you find your lost tech. AirTag, is a piece of tech that you attach to your belongings and, if you lose them, it helps you find them. Sounds just like Tile right? Well, fundamentally, the idea is the same and, in fact, Tile is not at all happy about Apple entry into the “findables” space. Apple’s unique difference is the hardware network they can use to find lost items. Let’s dig into this a bit more.

How Does Apple AirTag Work?

There are two fundamental ways the AirTag can help you find your lost belongings in what Apple describes as a “comprehensive finding experience”.

When you get your AirTag, you can connect it to your phone via Bluetooth. All you need to do is open the package and bring it near your iPhone or iPad. This whole part of AirTag is just like Tile. As long as the AirTag is connected to your phone, everything is fine. The system assumes everything is good. This does offer a massive benefit if you can’t find your keys at home and your AirTag is within range of your iPhone. Using the Find My app, you can activate the AirTag and play a sound so you can find your lost stuff.

If you properly lose something and that Bluetooth connection is broken, the system kicks in. You’ll be able to see where it was last connected. But AirTag goes far beyond that too.

The modern suite of iPhone and iPads now form a massive Find My network of nearly one billion Apple devices. For example, if you lose your handbag in the park and it has an AirTag attached, someone passing by with an iPhone 12 won’t be told that your handbag is sitting in the bushes. However, the phone will privately and anonymously take note of the AirTag near by and send you a notification of the location the tag was spotted.

If someone does see the handbag or any lost AirTag, tapping it with an iPhone or any NFC device will bring that person to a website where they can see the contact details of the owner.

Two important points here. This only works if the AirTag has been marked as lost, so someone can’t just scan your tag in a cafe to get your details. Also, you need to have made your contact details available for your lost AirTag for this to work.

My understanding is that all of this functionality should work in Ireland, but I’m seeking to clarify that for sure with Apple.

How Much Does AirTag Cost?

The upfront cost of AirTag will be available to buy directly from Apple at 1PM on 23 April. You’ll be able to buy AirTags either one by one for €35 each or in packs of four for 119.