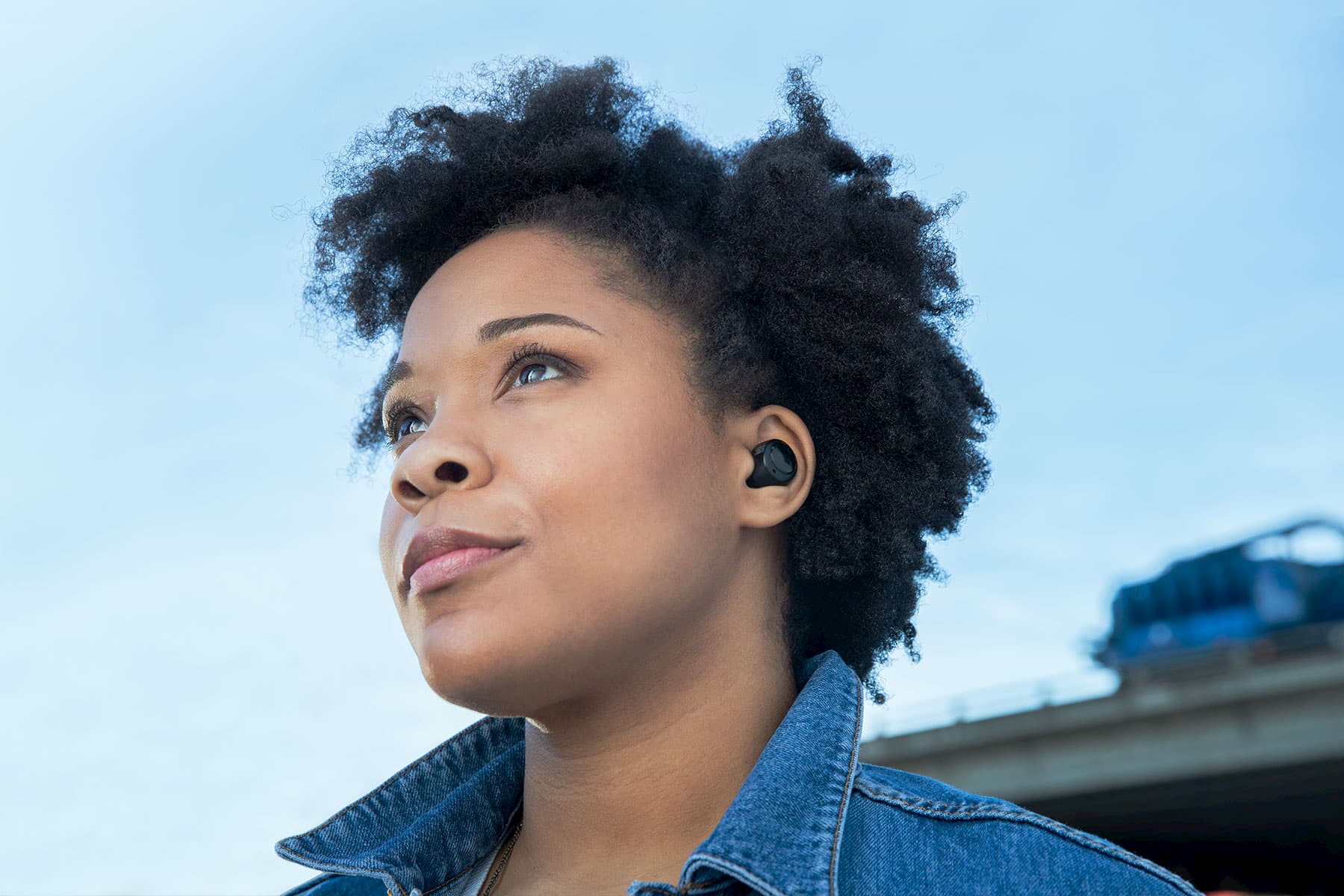 By Jove, I love a good product launch. Unrelated, I always thought that phrase was “by Joe”, but here we are. Today, at an event in Luxembourg, Amazon announced a healthy rake of new products into its Echo range. Amongst the usual, more expected upgrades, were some surprises right out of left field, including Alexa-powered earbuds with Bose active noise reduction. Here’s the full rundown on what the Bezos brigade has coming to the market soon.

Ok, so it might seem like every Tom, Dick and Harry is throwing their hat at earbuds lately. Personally, I love it because it just means brands are going to start challenging each other more and more, resulting in better products for you, the tech consumer. I love my Soundcore Liberty Air buds and am very excited about both the Huawei FreeBuds 3 and something Amazon announced today.

New to Amazon’s Echo range are the Echo Buds. Perhaps most exciting about this new in-ear buds is not, in fact, the Alexa integration at all but more so the fact they have Bose-powered Active Noise reduction. I adore my Bose QC35 II and to hear that Amazon is teaming up with these audio beasts just gets me all kinds of excited. Pricewise, they wouldn’t appear to be going too bonkers either, as is the case for much of what Amazon launches these days. 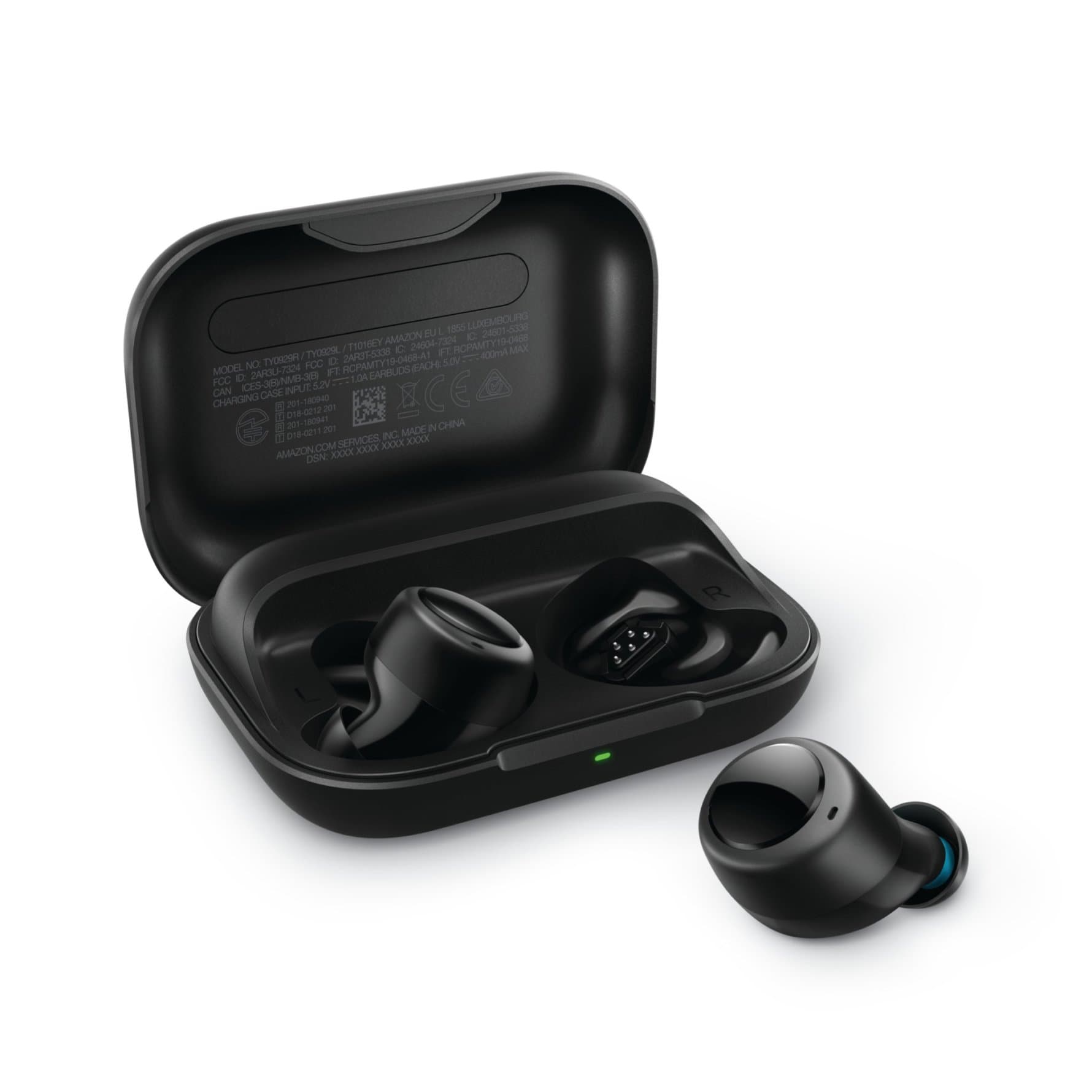 The two Echo Buds each have two outer microphones and one inner microphone that work together to reduce ambient noise so Alexa can hear you regardless of the environment you find yourself in. The quality of audio, as you might expect from something related to Bose, promises to be pretty good, taking inspiration from in-ear monitors used by professional musicians.

While not waterproof, the Echo Buds are sweat-resistant, meaning you can use them for your workouts. The IPX-4 rating means light splashes and getting caught in a shower of light rain shouldn’t lead to any sort of panic.

Personally, another highlight is that Amazon has not forced you down the Alexa route here. Just tap and hold your bud and you’ll be able to control your native personal assistant, whether that be Google Assistant or Siri.

It’s not all good though. Unfortunately, the charge case doesn’t support any wireless charging but even worse is the fact these are rocking a micro-USB charge port, not USB-C. Amazon, you’re better than this.

Echo Buds will launch later this year and will cost in or around €135. You can register your interest in these and be notified when they launch over on Amazon.co.uk.

One thing I’ve found in my own gaff is that you do get Alexa blackspots. Like, I’m in a one-bed apartment and the hallway isn’t a great spot to try and control devices through Alexa. The reason being, my Echo Dot is in the sitting room and my Echo Spot is in the bedroom. The Amazon Echo Flex is a grand and handy, not to mention cheap, way of popping an Alexa device into an awkward spot in the home. 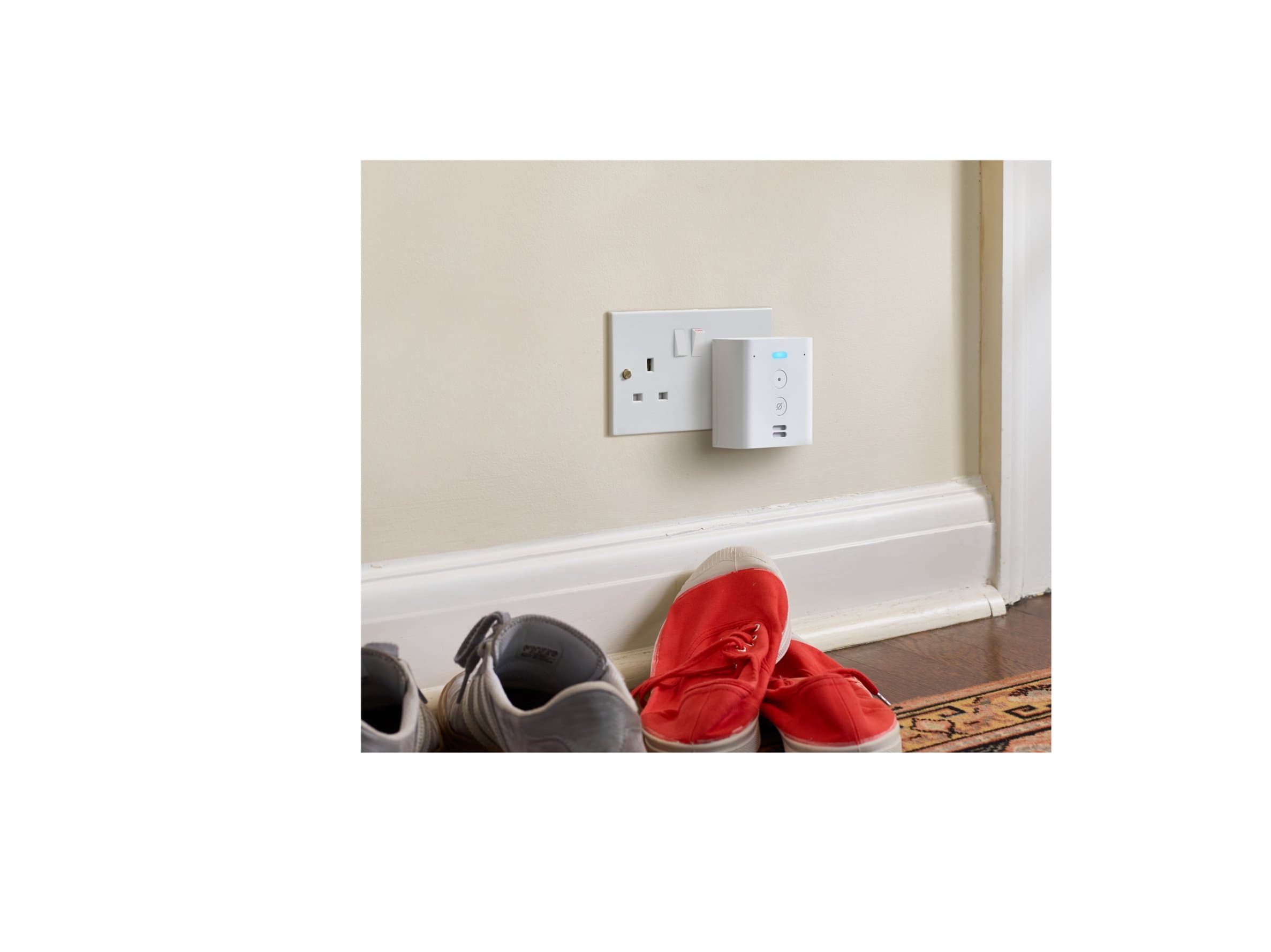 There are countless locations in the home where I could imagine the Echo Flex being handy. While the likes of an Echo Show is perfect for the kitchen, if you really just want timers and music, there’s no harm having a Flex instead. The Flex also has a USB port for charging other devices or adding optional accessories like a light. That means you can add a kids bedroom as a nice addition to the list of places the Flex fits. A nice night light capable of playing a bedtime audiobook or story.

The Echo Flex will cost less than €30 and can be pre-ordered now for delivery in November.

While the Echo Buds and Echo Flex were the newest ideas to enter the Alexa family of devices, Amazon also launched upgraded devices.

The New Echo and Echo Dot

As you might expect, Amazon launched a new Echo too. There’s nothing mind-blowing here, but the new Echo claims to have better sound than ever before along with a refreshed look. I don’t see too much when it comes to the design, but I’m looking forward to hearing the quality improvements. 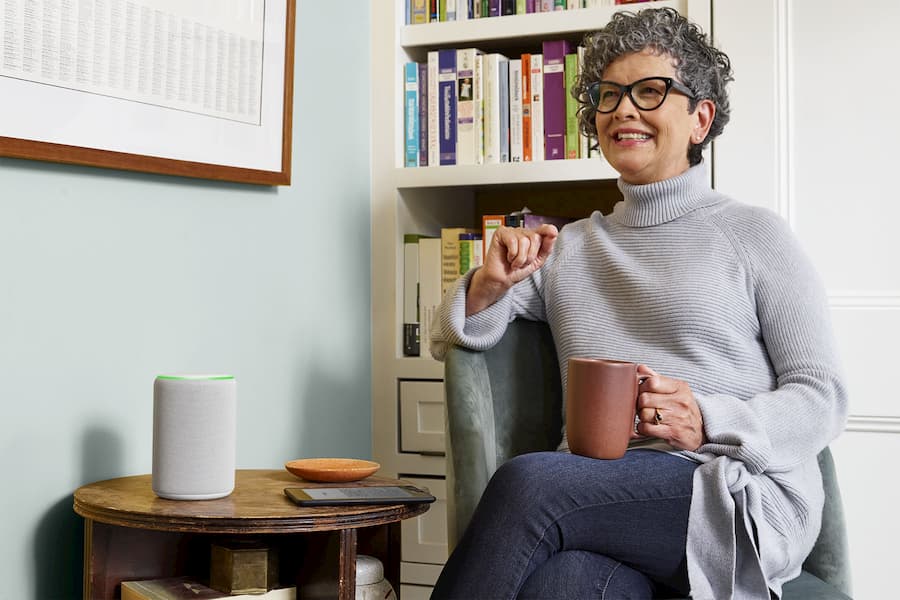 The Echo Dot, Amazon’s most popular Alexa device, also gets a refresh. It’s the simple addition of an LED clock that adjusts to the brightness of the room that tops the upgrades list for the Echo Dot.

The 3rd Generation Echo and Echo Dot with clock are available to pre-order on Amazon launching later this year, with the Echo coming in around €100 and the Echo Dot being closer to €70. 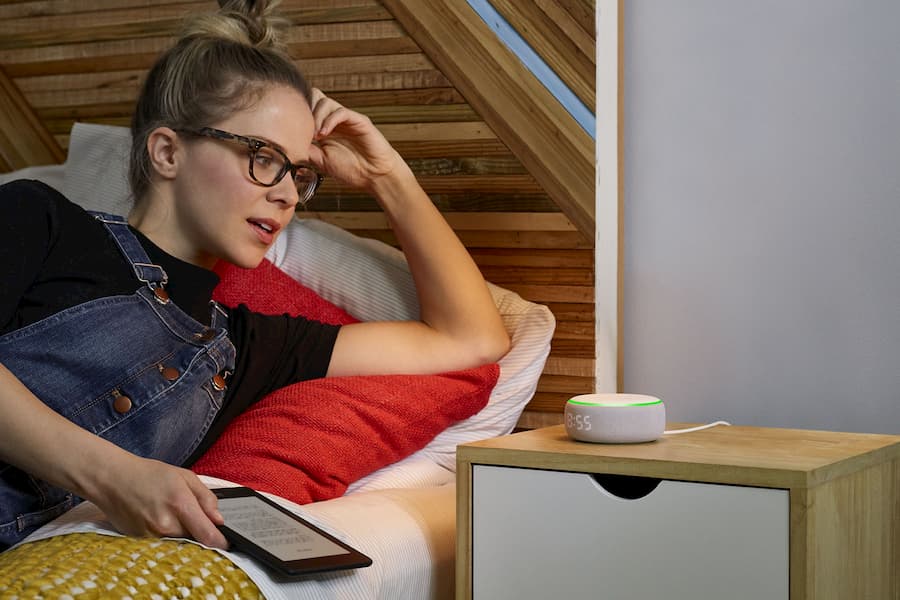 Being honest, the latter looks great but it’s a bit pricier than Echo Dots from the past, so don’t forget about the older models, still available for €55.

The Amazon Echo Show 8, confused me for a moment. I’m currently reviewing the Echo Show 5 and was wondering how they skipped a few. Turns out, it’s based on the screen size. As such, the Echo Show 8 has an 8-inch screen. I’d imagine the functionality is much the same as the Echo Show 5, but obviously watching the likes of Prime Video on the 8-inch screen would be much easier. 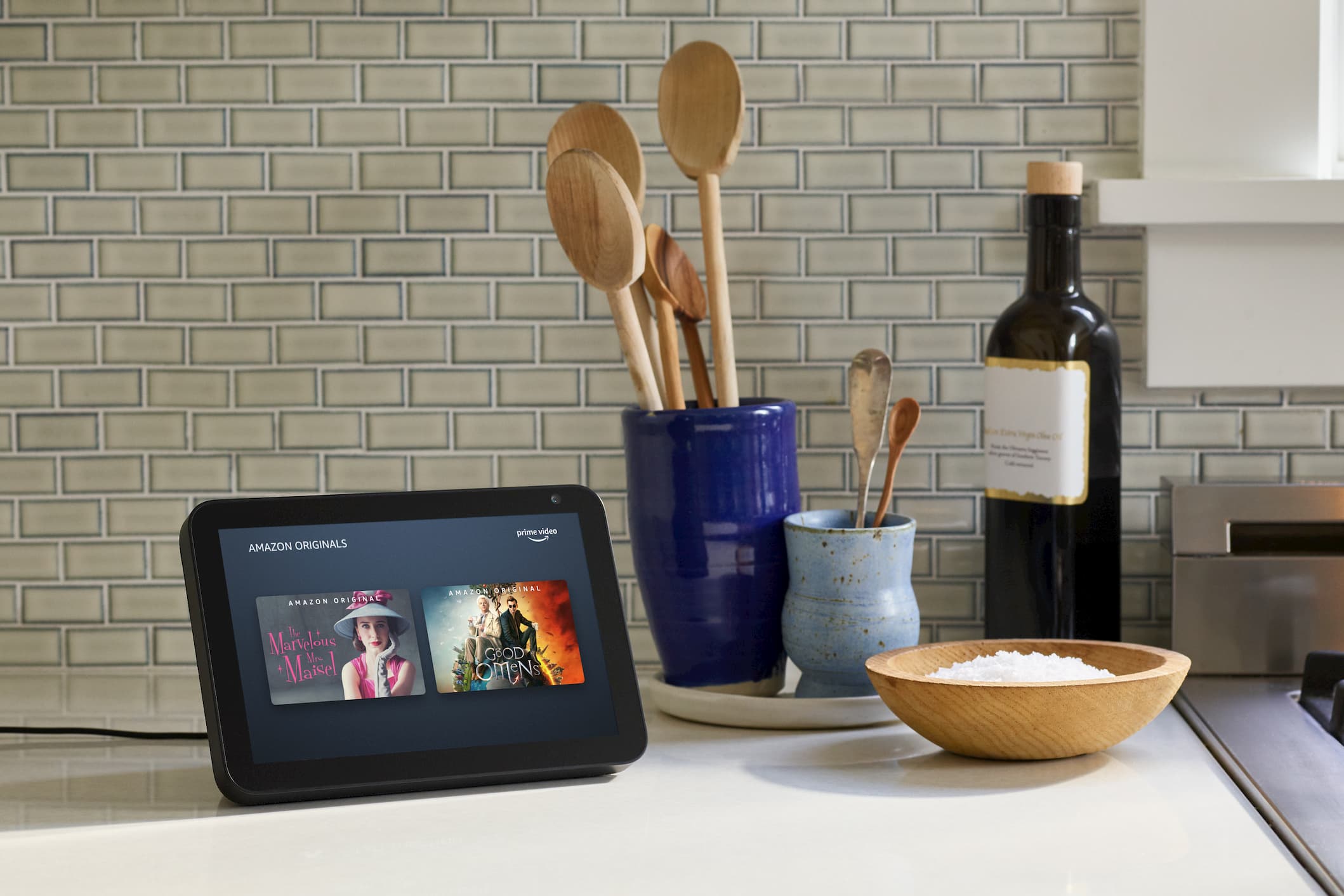 The Echo Show will set you back in or around €135.

This one is for the audio nerds out there. The Echo Studio is all about sound. Packing in a 5.25-inch woofer and 330w of power, this smart speaker has been designed to blow minds. If you are an Amazon Music Premium subscriber, you’ll also be able to stream HD music in 3D. I’ve no idea what that sounds like, but on paper it sounds fun.

The only other big call out is that this is one of the most unique looking Amazon Alexa devices on the market too.

Of course, with the quality comes price. This is one of the most expensive Amazon-made Alexa devices. You can pre-order the Echo Studio today for November delivery.

Beyond the hardware, Amazon also announced improvements to the Alexa assistant itself. Alexa can now recommend routines to users, making complicated smart home commands much easier. She can tell you about her responses and how she understood you and even let you delete recordings automatically. However, my favourite update deserves it’s own section,

As part of the launch today, Amazon also announced advancements in its text-to-speech technology that powers Alexa means it can now mimic celebrities. Kicking things off is the one celebrity I think we can all agree deserves the accolade.

This will be a “premium access only” perk and you’ll need to pay a nominal fee for the privilege – around €1 or so. Jackson will be available on your Alexa device later this year and will come with both a family-friendly version and 100% Snakes on a Plane Jackson.

I quite adore the idea of my Echo Dot not hearing me clearly only ro respond, “English mother fucker! Do you speak it?”.

Be sure to give us a follow for the latest Amazon news and launch dates over the coming months. We’ll be getting hands on with lots of these devices and giving you a feel for them before you part with your hard earned cash.