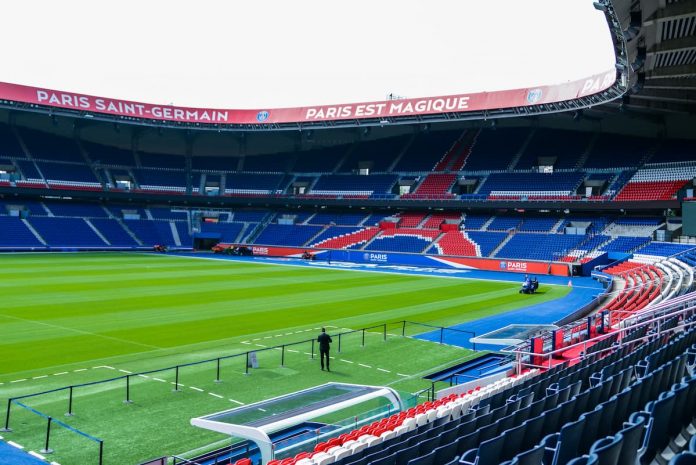 Looking at the whole Messi debacle felt like being in the eye of a storm. With FIFA 22’s release date of October 1st still a while away, only now that Messi’s pen has officially hit above the line on the Paris St Germain contract that I realise this is a disaster for the next installment of FIFA. Even worse news, is that EA Sports has already ruined FIFA 21 Seasons by moving Messi early.

Is Ultimate Team Going To Be The Worst Thing?

I used to love FIFA Ultimate Team, lovingly referred to as FUT. In this game mode, you build a squad from absolutely nothing to take on the world. You match your players with their fellow teammates on a club or national level. The idea is that the better the match, the better the chemistry and the better your chances are to succeed.

It’s tough to find the best players for a couple of reasons. One being that, unless you pay new players are drip-fed out to you in tough to acquire “packs”. Opening these packs is very much like opening the old sticker collections was, hoping you find a “shiny” or a “number 1” Premier League logo sticker. As a result, opening packs has become a tense affair with some creators owing most of their streaming views to the opening of packs alone. Check out this video with over three million views along.

But the Messi transfer to PSG brings a new, not exactly life-ending, problem for FUT players. He’s going to be on the same team as Angel di Maria. That’s Angel di Maria, the Argentine right-winger. Just like Messi, the Argentine right-winger. The amount of pack openings that will end in disappointment is going to be colossal. Why? Because in that moment of tense waiting, you’ll see the Argentine flag coming flying. You’ll see that RW flying at your screen. As you start to convulse you’ll see the PSG crest and just as you’ve convinced yourself you’ve bagged a Messi, you get a di Maria.

Anyway. One of the reasons I stopped playing FUT was that it felt like pay to play. It also felt like my teams would get worse unless I constantly added new blood. It just didn’t feel like FIFA. So I got stuck into seasons instead.

Messi To PSG Is A Disaster For Seasons Too

I play seasons online myself and I play with friends. In fact, I play better with a human teammate than I ever do myself. While my performance varies between the two seasons modes, one constant remains. 90% of the games I play are against PSG.

Picking the PSG team in seasons gives you a massive advantage. While the real-world team coughs and splutters outside their domestic league, it’s impossible to deny the team’s individual quality. When to translate the player stats to the world of FIFA seasons they become practically unplayable in the hands of an expert.

PSG is home to the FIFA 22 cover star, Kylian Mbappe. He’s got an overall rating of 90 in FIFA 21, including a whopping 96 pace. Playing alongside him is the Brazilian star Neymar. He’s rated 91 overall with high scores for dribbling and shooting. Should Messi’s deal be signed, sealed and delivered he’ll now round out the front three. With an overall rating of 93 he is second to none and the very best player in the game, followed by Cristiano Ronaldo.

The rest of the PSG team is solid. A weak defense matters little when every game will be an onslaught to see who scores more.

To make matters worse, EA didn’t even wait to ruin the online battles. In a somewhat unprecedented move, Messi has already been transferred for players to make use of in FIFA 21 Seasons. Yup, right now you can pick PSG and play online with Messi, Mbappe, and Neymar in attack. Since this update, I’ve played a ton of games against PSG and they are painfully good. But this still begs the question. Why has EA moved Messi early?

Lukaku remains at Inter. Ronaldo is still at Juventus (or Piermont I should say). EA doesn’t do final window transfer updates prior to the release of a new game. Why would they? FIFA doesn’t get a massive gameplay overhaul every year. Most people are simply paying for the updated teams. So why move Messi?

Perhaps it was to avoid gamers staying on FIFA 21 in protest. Maybe there’s some contractual agreement that Messi has with them. But the thing I find so odd is that whatever triggered such a quick update hasn’t also been triggered for Ronaldo.

Already, the internet is responding and this is the reason PSG vs PSG is trending on Twitter. Prospective FIFA 21 and even PES players are already committing to shamelessly playing with PSG in the all too likely event of coming up against PSG in online play.

If you were holding out hope that this was all just theoretical and maybe it wouldn’t happen. The only hope we have is that PSG has to offload someone else from their front three to balance the books. Because Lional Messi to PSG is a done deal.