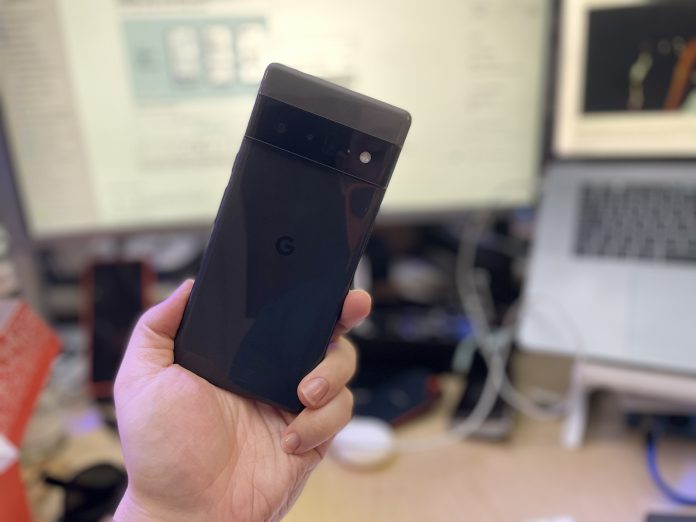 The Google Pixel has been one of my favourite phones for a few years now. The sheer power of Google’s smart software with ever improving hardware has made Pixel one of the best phones on the market. Last year’s Pixel 5 was simply incredible with one of the best, yet simple, iterations of Android I’ve ever seen. Today, Google launched the next generation; the Pixel 6 and Pixel 6 Pro. I’ve only had a brief time with these phones, so the reviews are coming soon. But if you want to know the basics, here you go.

Google has toyed with two phones before. Whether it’s the bigger screens or two phones released months apart, it’s always felt a bit frantic. Now, Google has gone the tried and tested route of Pro. Yep, Google launched a Pixel 6 and Pixel 6 Pro. Both phones are rocking a lot of similar specs and power but the Pro just packs more punch, mainly in the camera hardware.

The biggest difference is the addition of a 4x optical zoom camera and dynamic refresh rate ensuring smooth scrolling when you need it or power saving when you don’t.

Whether you buy Pixel 6 or Pixel 6 Pro, you’ll be able to enjoy the benefits Google is offering with their homegrown Tensor processer.

Everyone is talking about chips these days, amid a global shortage. Many companies, like Google, are pivtoing to gain more control over the supply chain. The solution is simple. Just make your own processors. This is exciting because true magic happens when companies create both the hardware and software to work in unison. Just look at how incredible the Apple eco-system is.

Speaking at the launch, Google’s Rick Osterloh describes the line up as “quite a bit different” and that Google has “state-of-the-art hardware, which means Pixel can deliver even more impressive real-world performance, as well as new AI-driven experiences that have never been possible before”.

Google’s biggest strength is its bordering on creepy levels of machine learning and AI-processing power. Tensor promises to not only be nearly 80% more efficient than previous Pixel smartphones, but also to deliver next level processing power in a smartphone.

Tensor will power better image processing and voice recognition. This is great because, while Google’s photography hardware is good, it needs incredible software to add some finesse. Until now, mobile processors have held Google back, but Tensor fixes that. They also promise better Assistant speech recognition and Transation, all powered by Tensor.

The primary camera setup on the Pixel 6 and Pixel 6 Pro makes this one of the most unique looking phones on the market. Take a look here at the Pixel 6 Pro.

Speaking at the launch, Brian Rakowski said the “Pixel 6 is leagues ahead of our previous Pixel Cameras, from the hardware, to the software, to the computational photography”.

Indeed, while the hardware is great, it’s Google’s software and processing power that’s really exciting. For example, Magic Eraser lets you remove people or things from the background of your photos that’s ruining your vibe.

Also, for BIPOC, Google’s camera smarts promise to deliver more true reflections of people how they really look, making Pixel 6 the most inclusive camera on the market.

There are a wealth of other features on the new Google Pixel 6 and Pixel 6 Pro. Not all are coming to Ireland, at least not yet. The most needed is smart call screening so fingers crossed Google expands that beyond the US.

This is just the quick overview of the launch. Check back in next week when I’ll be publishing the full review.