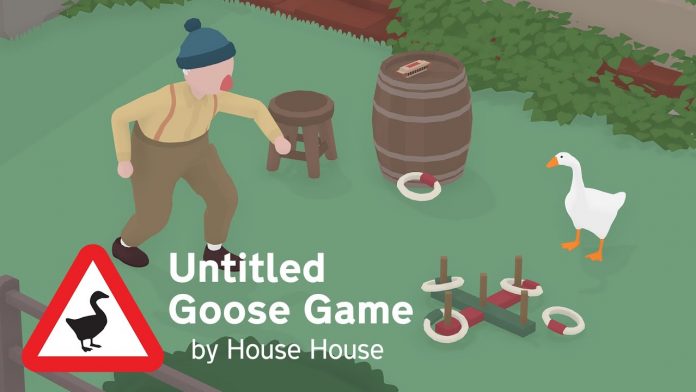 In the last few weeks & months we’ve been reviewing some of the biggest and slickest gaming titles on the market. From Ghost Recon to Crash Nitro Fueled, everything about games is getting better. So why on Earth is one of the most fun titles we’ve played in recent years the beautifully simple Untitled Goose Game. You might describe it as some form of puzzle action game where you must accomplish small tasks while remaining undetected but it’s much less than that…simply you are a merely a little annoying goose. Your goal…steal random objects and terrify locals! What more could you want? This new effort from the makers of Fortnite takes the modern hyper realistic game and says “Na” as it lowers the stakes in favour of comedy.

The game has a plot, but not really. You’re a goose and your job is to be a pain and cause mischief around a little English village by completing a to-do list of vaguely defined tasks, gradually unlocking access to more and more of the town as you go. Your mission, should you choose to accept it, is to build up a trophy stash of basically anything that’s owned by a human. So you’re the bad guy and that’s part of the fun.

Where the puzzle side of the game comes from is figuring out how to do these “tasks” and steal the villagers stuff. You can crane your neck, spread your wings, and honk your bill, anything to ruin the good villagers day. That’s really it.

The Untitled Goose Game has no tutorial, no guide, there’s nothing to unlock it’s a really stripped back simple game. But that doesn’t make it stupid. At it’s core the game is a puzzle game and trust me they are not exactly easy. While running your goose (I called ours Gé) you will bump into villagers starting with a local gardener. You will get a series of missions to complete throughout the game from stealing carrots, making someone hammer his own thumb, pushing tools into a pond or destroying lawn signs that explicitly prohibit geese. Not joking dropping a bucket of water on someone’s head is a right chuckle.

Remember you’re a goose and that means you’re about as subtle as a sledgehammer, my favourite trick was honk until someone notices, before jumping out of my hidey hole to steal their stuff. You don’t die in this game, if people catch you, they will simply take back their stuff or give you a belt of a broom. But that’s OK that just means you can spend more time figuring out the best way to ruin their day. Genuinely, this game is simple to play, with little thinking, and it’s bloody great craic.

It’s a long time since we’ve seen a game so visually simplistic and just so delicate. Sure a big blockbuster title wouldn’t get away with pulling a fast one by using graphics like this but when you look at the Untitled Goose Game the graphics just suits the game. You could almost say it’s a honking success. 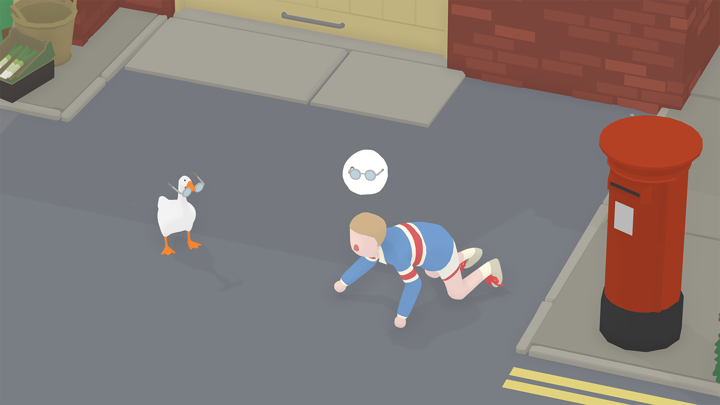 The game just seems like it’s been built for smiles, the way the stupid goosed waddles around the place, the reactions to your honk or just the sound effects to match a move, it’s brings back memories of Saturday morning Looney Tunes and other similar cartoons. Interfaces are big and chunky with a minimalist UI that works with the serene village setting and it all sets the scene for your goose to cause chaos. The music as well is retro, amping up the ridiculousness of the whole game as each task is accompanied by a piano that feels like it in itself is a character that’s nudging you to do your worst…not that we needed much encouragement! 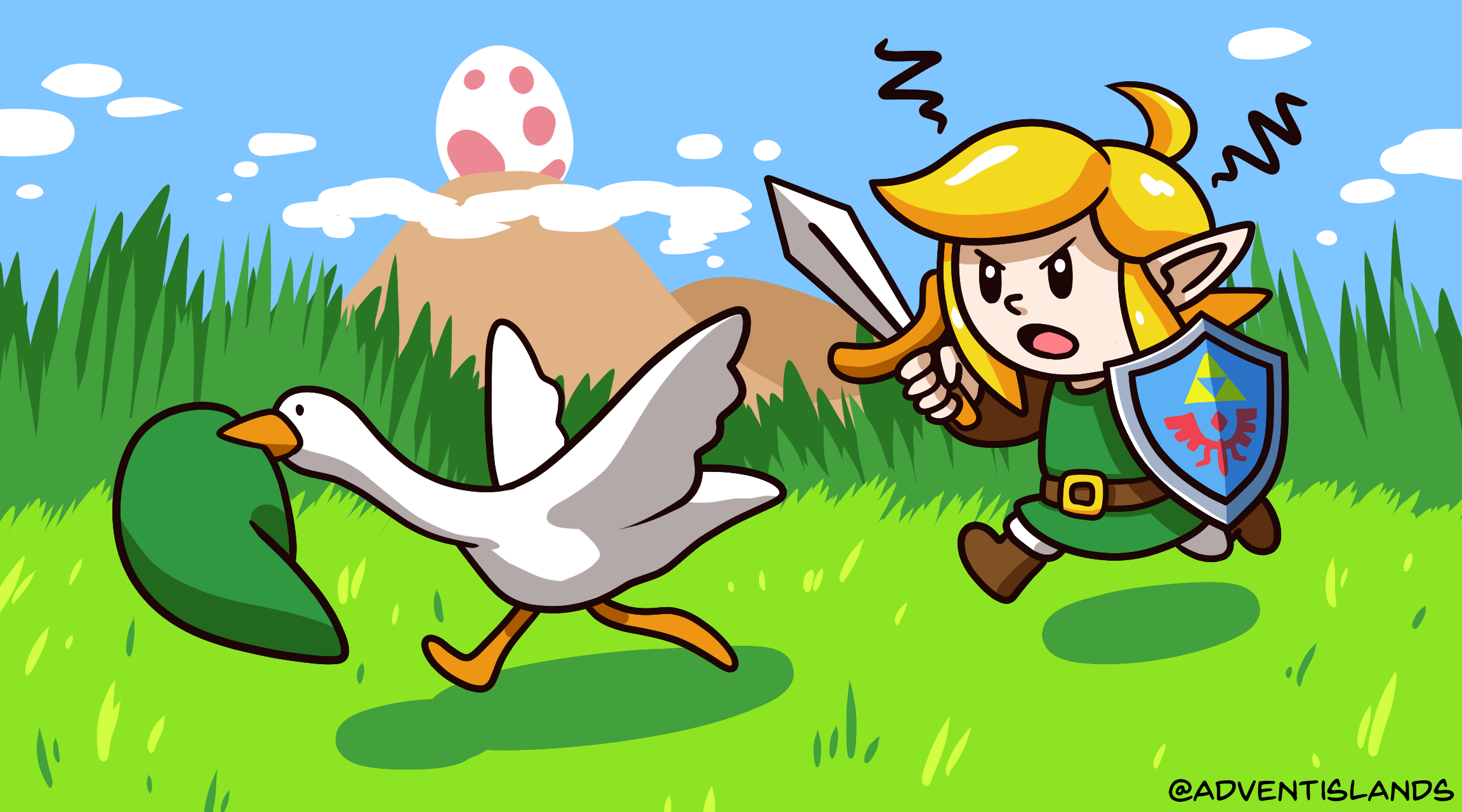 The Untitled Goose Game is already considered an indy hit with meme’s taking over small corners of the internet. The fact is these developers did good keeping this game short and sweet, everybody wants more. Maybe we’re biased because they share love of the goose but damn we want some of that little tricky bird in our lives. Maybe release an office or city based DLC to keep us occupied while we wait on a full title.

Either way, the game is only a few hours long, about three or four hours in total. After the credits you get an expanded list of minor mischiefs but by keeping it short they have managed to ensure the game not only doesn’t overstay it’s welcome but has us all honking for more.

The concept is mad, it really is, but that’s what makes it so much fun. That’s why we play video games at the end of the day. Sometimes we don’t need the sleek detail of Call of Duty or the glitz and glamour of FIFA 20, sometimes we just need a little happiness and respite from reality. This game offers just that. I dare you to play without a smile on your face as you chase a kid up the road, honking all the way.
The Untitled Goose Game is both brilliant and brain dead, ironic and absurd, complicated and simple all at the same time. The Goose Game is just down right joyous and a wonderful change of pace. Really who doesn’t want to be a village terrorizing goose. Well