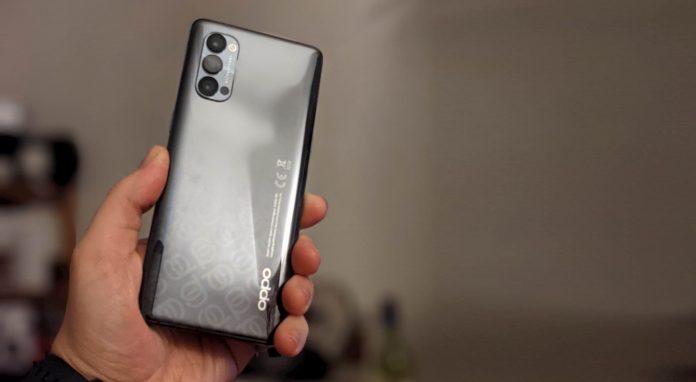 Over the years there’s no denying smartphones have gotten a little bit boring. Samsung and Apple were sucking the fun out of new phones until Huawei entered the market. After years of wild innovation from the Chinese manufacturer, Trump’s America called a halt to the craic. While Huawei has impressively launched several phones and developed the Huawei AppGallery at an impressive pace, the move from the sleek world offered by Google-supported Android isn’t for everyone. When testing out the Google Pixel 5 recently I realised that the Google eco-system is a beauty to behold when it works well. That’s why I was excited to get my hands on the brand new OPPO Reno 4 Pro 5G. I’ve been using it for a few weeks and here’s what I think.

I’m not going to go into the deep detail on this again as I’ve already written about who OPPO is and what they stand for. The top level is that they are a Chinese smartphone manufacturer offering impressive specs at competitive prices. In short, they’ve waited for a long time to enter the Irish market and you can’t really argue with right now being the perfect time to do so.

OPPO has entered the market with two phones all falling under the OPPO Reno 4 Series umbrella. Three Ireland and Eir are selling two the two 5G models:

Both are also selling the the OPPO A53 outside of the Reno 4 Series.

I’ve had my sim in the OPPO Reno 4 Pro 5G for the past few weeks, since testing the Google Pixel 5, and I’m ready to tell you it’s a great piece of kit. Here’s why.

Ok, so I don’t normal get so obsessed with the phone prior to a review but the Pixel 5 really impressed me. That’s why I’m going to start out with the specs of the OPPO Reno 4 Pro 5G and line them up with the Pixel 5.

The reason I’m obsessed with this spec comparison is because in your hand, these two phones seem worlds apart.

However, on paper the two are well matched and stand toe-to-toe. Just look at the chipsets, GPU, storage and RAM. It’s literally the same. My reason for emphasising this point is simple. If you’ve not heard of OPPO this is the point you start taking them very seriously. The phones they make are top-of-the-range. With that point made, I want to dig down into these specs a little further.

I’m going to have to be totally open here and admit it’s become really tough to test battery life. Various kinds of COVID restrictions means massive swings in how much I’m using my phone. I’m never that far away from my charger or sometimes charge when I’m sitting at my desk. You don’t feel the pain poor battery life brings quite as much because we’re all at home all the time. That said, the Pixel 5 battery disappointed me but here is one area the Reno 4 Pro 5G absolutely excelled. Now, the battery isn’t as impressive as the likes of the Huawei P40 Pro which, in my opinion, remains the only current flagship which offers a genuine two-day battery. But I’m going to bed and charging my Reno4 Pro 5G with about 35% power left.

The funny thing is that because of OPPO’s remarkable charging technology the battery capacity really doesn’t even have to be that good.

I know, that sounds like a ridiculous thing to say but OPPO’s SuperVOOC 2.0 charging is perhaps the craziest thing I’ve ever seen in a smartphone. This is a 65W fast charger that can shove 60% of charge into your battery, from 0%, in just 15 minutes. This phone’s battery goes from nothing to full in just 36 minutes. I’m sorry but that’s just madness on par with how long Nokia 3310 batteries lasted. It’s a different level of impressive.

Battery life might be considered mundane by the many so I better move onto something sexier.

The Reno 4 Pro 5G makes an honest fist of being a great photography phone. While the phone can’t match the likes of Huawei’s Leica-powered cameras, the on-board Sony sensor is impressive. After feeling a little restricted by the lack of optical zoom on the Pixel 5, the Reno 4 Pro 5G did put more options into my hand. I was left missing the power of Google’s Portrait software, though again OPPO’s isn’t’ bad. There were a few shots taken which disappointed. A slight move when shooting with Portrait mode or a selfie being randomly overexposed, but the vast majority of shots were impressive. I would expect this phone to leave most people looking disdainfully at their old phone.

The funny thing about cameras on smartphones is the fact that different people will have very different take-aways so I’m going to try leaving some of my personal preferences at the door and say the vast majority of people will take pictures with this phone and share them only to be asked what phone they used because they’re excellent.

If you’re into videography, then it appears you’ve discovered what OPPO is chasing down. The Reno 4 Pro 5G is capable of shooting 4K video and can even shoot great video in dark settings thanks to an ultra-wide sensor. There’s also Ultra Steady mode which works on front and rear cameras. This is a nifty little feature if you fancy yourself to be a bit of a vlogger.

Any good smartphone needs to have slo-mo and the OPPO Reno 4 Pro 5G nails it. Twitter won’t maintain all the quality here but hopefully it gives you a sense of the phone’s ability.

When it comes to the operating system, Color OS is impressive in its own way but this is the older version of OPPO’s own take on Android. Their new operating system is called ColorOS 11, the naming conventions jumping from 7.2 to catch up with Huawei’s EMUI 11. This is one area of the review I was holding everything up for simply because the Pixel 5’s Android 11 is incredible. I can’t wait to see what ColorOS 11 delivers. Unfortunately, while the BETA is rolling out to limited markets, I won’t be getting ColorOS 11 until early in 2021.

When OPPO launched ColorOS 11 they lifted the wraps on a few features to whet the appetite of on lookers. OPPO Relax 2.0 lets users create their own white noise mix while also offering an extensive and immersive collection of sounds from cities around the world. Might be a nice feature for city dwellers who’ve moved home during COVID-19 restrictions. OPPO also teamed up with Google for Three-Finger Translate. This feature captures and translates text through a simple screenshot taken with a three-finger gesture.

There are buckets of other features but I’ve not tested any of them nor do I really see the point of me reviewing ColorOS 7.2 features. What I will say is that using the OPPO phone was just like any other Android phone without any nasty surprises.

The OPPO Reno 4 Pro 5G doesn’t reinvent any wheels when it comes to design but it also delivers solid design all-round. The bezels are fairly thin but there is a slight chin and forehead, with the forehead providing a physical speaker instead of the increasingly popular under-screen speaker. There is a slight overflow edge on the screen providing just short of a 90% screen-to-body ratio.

For me, the most important thing here is that design isn’t an area OPPO skimped on to save costs. This is a premium-feeling phone like every other flagship on the market but remember, this phone instead targets the upper-mid tiered smartphone market. Again, like the surprise omission of wireless charging, OPPO has not put this phone through an official IP-rating process. While they claim some waterproofing is in place, the lack of a genuine IP-rating will do little to build confidence in using this phone in the rain, or as I do myself, listening to music in the shower.

One thing that stands out here is the price-tag. When I first discovered OPPO they were a bit like early days Huawei or Xiaomi. Impressive specs but price-tags that really appeal to users. The OPPO Reno 4 5G is pricy at €790 on prepay. It’s still not too cheap on bill pay either. On Eir’s Mobile Essentials plan which costs €40 per month, the phone will set you back €150. That’s not all that cheap for what is essentially an upper-mid tier smartphone. Remember when I was fawning over the Pixel 5? That phone, while it has a smaller screen and less impressive battery life, would set you back just €620 and it would be SIM-free.

The Pixel is a tough comparison because both phones are 5G which means you can’t use the usual excuse of 5G chips costing more. However, that lumbered segue aside, I’m now talking about 5G and here’s an overview of how much 5G phones will set you back these days.

Suddenly, if you’re a bill pay shopper with a keen interest in 5G, the OPPO Reno 4 Pro 5G starts to make a lot of sense.

The OPPO Reno 4 Pro 5G is a great piece of kit. Now, being honest, it’s not the mind-blowing phone that solve every problem imaginable. If you want the best camera, then pick up a Huawei. If you want simplicity, iPhone is probably still the best choice for you. Want a pure Android experience, the Google Pixel 5 is the phone for you.

But if you want a phone which gives you a well-rounded experience and 5G at a reasonable price compared to its competitors, then the OPPO Reno 4 Pro 5G does have some unique pulls. While it’s a tad pricey and not even OPPO’s lead flagship smartphone (which isn’t available in Ireland), few will be left with buyers remorse here.

The OPPO Reno 4 Pro 5G and the wider Reno 4 series along with the OPPO A53 are now available from Three and Eir.