Sex, drugs, and blood in the place of rock and roll, describes the latest Netflix Original series, with season one now available to stream.

Feel like you’re missing shows on Netflix? Get the Goos3DLetter straight to your inbox 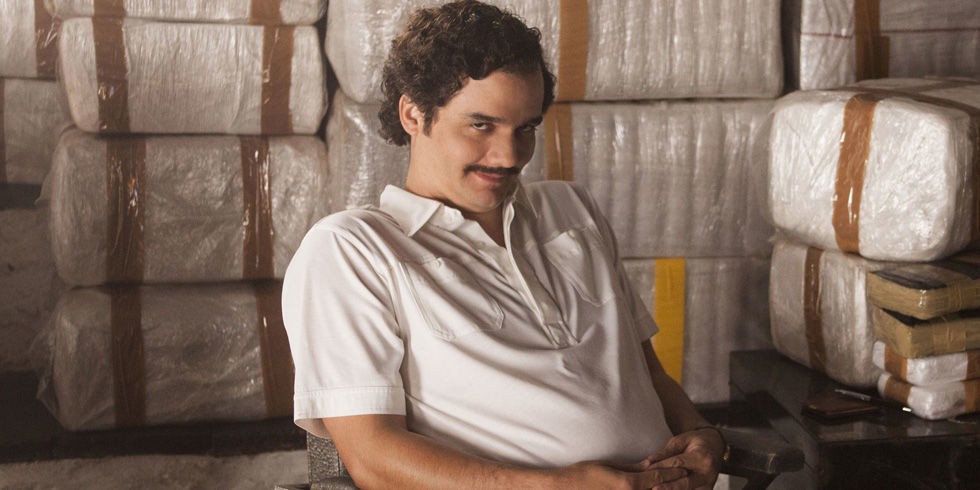 Pablo Escobar. Yep, you know the name. Narcos is basically based upon the exploits of Colombia’s most notorious drug lord, also known as the “The Cocaine King”. The story of Narcos is told from the viewpoint of Gringo DEA agent Steve Murphy.

Narcos is a fast paced multi-timeline story telling show. That is, sometimes you’re looking back at events, or seeing part of something happening in the future etc. If this sounds familiar, it might well be ringing bells with Breaking Bad. One big point is that Narcos is shot half and half in English and Spanish, meaning lots of subtitles. So if you’re watching while browsing, you’re going to miss quite a lot.

While Narcos might not reach the heights of the aforementioned Breaking Bad, it certainly is receiving respectable reviews, with 77% on Metacritic, 9.2 on IMDb, 76% critic satisfaction and 94% audience satisfaction score on Rotten Tomatoes.

The best news is that it’s already been renewed for a second season, which is good considering this does suffer from the “Passion of the Christ” complex in the sense that you’ve a fair idea of the shows destination. Narcos is however all about the journey and that journey is a roller coaster.

If we were to have on gripe with the show, it’s that the mustaches look awful. Fans of Entourage will remember Vincent Chase’s flop movie Medellin, as his fat suit and mustache came under criticism. Still, we can’t help but feel that Pablo looked better.

Just remember, that while you’ll be greeted with a disclaimer at the beginning of ever episode with a disclaimer stating some events have been changed for dramatic purposes, quite a lot of Escobar’s life was really that dramatic.

Check out the trailer below to see if Narcos is the next show you should lose a few days of your life to. If it’s not for you, check out some of these other crackers on Netflix.