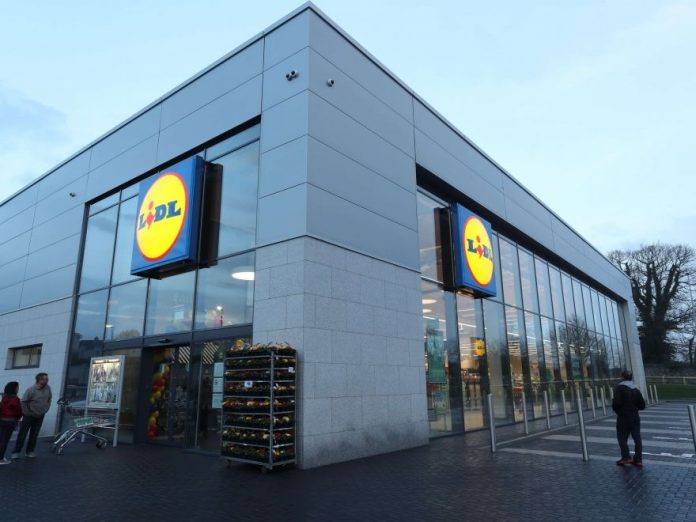 I’m going to try and write this article without referencing one of the involved individuals because, quite simply, she’s not worth the pixels. You may have noticed that Lidl is trending on Twitter today. When Lidl starts trending, memories of a snowy March last year come flooding back, but the supermarket chain is trending on social media for a much better reason today.

Why is Lidl Trending?

A former journalist who recently ran a failed campaign for European. There’s very little good to say about this woman. She’s leading regular protests outside locations in Dublin like Google and Twitter and her followers have been seen giving Nazi salutes. What am I talking about? There’s nothing good to say about her expect, perhaps, that she’s garnering nothing more than a minority of followers.

This weekend, she took on the Irish leg of the German supermarket chain Lidl. Lidl had recently added a new family to their “The Big Save” campaign.

To any normal human being, the Ryan family are like every other Irish family. The only exception is that they happened to star in the latest Lidl ad which shows the savings they enjoyed.

Unlike all of us normal people, the former journalist took exception to the Ryan family being depicted by their daughter, her black partner and mixed-race son. Here’s what she tweeted out – note I’ve cropped her Twitter account because I really don’t want to spread her around the place at all.

While the family depicted here, of course, could be named Ryan, the surname refers to the woman’s parents. It’s actually their shop that’s been analysed as part of the campaign.

Thankfully, the vast majority of the Irish public see right through this stuff. Many have reported her on a regular basis. During the summer, Twitter acknowledged these ban attempts and temporarily suspended her account.

However, Lidl Ireland has taken a stance and directly taken action to ensure her account can do no more damage.

Following the tweet from the journalist, Lidl posted a tweet on their own account stating they have blocked her account and reported her to Twitter. The supermarket’s Twitter account continued to state, “we are proud of our multicultural & diverse team and our customers. We are proud to work with, and serve, each and every one of them. Everyone is welcome in our store”.

Additionally, Lidl also confirmed they were in touch with the family involved and are providing support. They also thanked the public for their support, which has been visible on Twitter this evening.

Well done @lidl_ireland – for that alone, I'll be shopping with you next week

Well done Lidl for taking a stand and best wishes to the Ryan family.

Thank you Lidl for having the intelligence and empathy to see the effect people like her have on a great many people. In my mind everyone has always been welcome here and these few inward looking cowards represent no one but their own fear. Twitter should close them down. 💕💕

Why Are We Writing About This?

The main reason I’m writing about this is that I’m sick and tired of small-time accounts on Twitter and Facebook being given the same respect as publishers. This woman is extremely harmful to the public. She regularly shares messages of hate which do have direct consequences in the real world, while she’s tucked up safe and sound at home.

Not enough companies call out this kind of shit. So good on you Lidl for actually taking a stance against her and cutting her off.

How we consume news and information has changed dramatically in recent years. Trolling online has evolved into dangerous hate messages and I thoroughly believe this has become to biggest danger to the future of our society. I recently suggested that all social media profiles should require validation from a government ID or something similar.

One change I would love to see on Twitter. Personal accounts must use a photo of a person. Better still, the photo should be verified and matched using facial recognition and a government ID. Faceless trolls hiding behind generic images are the reason Twitter can be a cesspit.

Tech has started to ramp up innovations in recent years, which is really exciting. But, our laws need to keep up and our governments need to start policing social media more closely instead of waiting for private businesses picking up the slack.