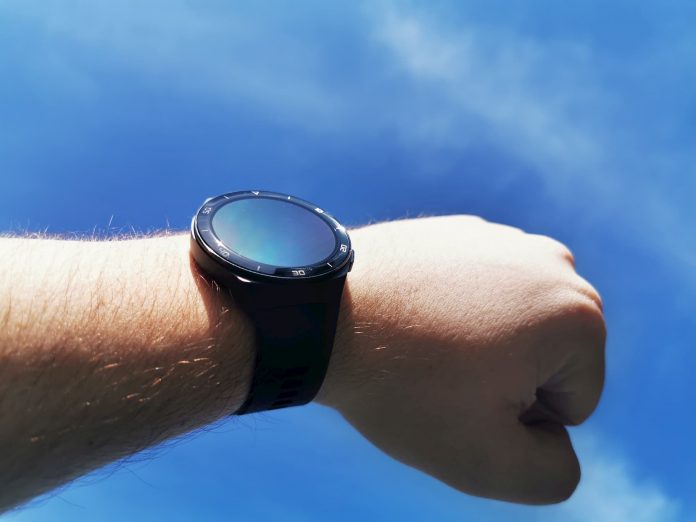 I’ve been lucky enough to have every Huawei Watch on my wrist. I remember buying the original Huawei Watch because it was the most watch-like smartwatch on the market. It was a thing of beauty. Since then, a few things have changed. Huawei now uses their own operating system instead of Wear OS and designs have evolved too. But at their core, Huawei Watches are amongst some of the best wearables on the market. They’ve just released the Huawei Watch GT 2e and I’ve been testing it out. Here’s what I think.

As I said, I’ve had every Huawei Watch. The early watches were powered by Android’s wearable operating system. It wasn’t bad, but to be honest, the watches looked better than they performed. I say that with the benefit of hindsight because at the time I was smitten with them. With the Huawei Watch GT, the Chinese phone manufacturer made the decision to use their own wearable operating system called LiteOS. Now, this switch was Huawei’s choice, unlike their move to HMS because of Trump’s ban.

At the time, I found the move odd. It took certain core functionality from my wrist. Google Pay or Android Pay was no more. Syncing Spotify with my watch a thing of the past.

It’s only now I realise what’s really happening with Huawei. They’re building the eco-system. Think of Apple. If you have a MacBook, iPad, iPhone, Apple Watch and Apple TV, everything works together seamlessly. And when I say seamlessly, it’s something special altogether. Huawei has their eyes set upon building the same eco-system. Their logic would appear to be if that can’t have Google, they’ll build something better. A whole new alternative with the freedoms of Android phones, but the eco-system akin to that of Apple.

The Huawei eco-system will feature everything that Apple does. Earlier this year, I got to head over to Barcelona to see Huawei launch phones, tablets and laptops. I’ve seen the eco-system and it’s mighty. The Huawei Watch GT 2 is probably the lesser-known of the lot but one of my favourites. And now there’s a sporty sequel.

Why has Huawei launched another wearable? My money would be on the fact that they need to pad out their portfolio of non-cellular products given the who Google thing. Don’t get me wrong, I’m using the Huawei P40 Pro which runs Huawei Mobile Services without Google, and it’s brilliant. Though, full transparency, I have managed to put Google on it. But it’s going to take time for Huawei to assure people their eco-system and more importantly, their app store meets everyone’s needs.

The Huawei Watch GT 2e is minimalist in it’s design. The model I’ve been testing out is the black watch with a black strap. The watch face isn’t recessed at all which might cause a little anxiety if you tend to tip watches off walls and the likes. I’ve given mine a few nervy smacks already but I seem to be getting away with it. The 1.39 inch 454 x 454 HD AMOLED is crisp and clear but does get a little washed out in sunlight. Believe it or not, a problem I’ve experienced in Ireland but a wee tilt of the watch and it’s clear as day again.

Around the side are two buttons which keep a low profile. I think I prefer this to the buttons of the Watch GT 2 which stick out a little further. The lower profile buttons certain lend themselves to fewer accidental presses while you work out. Another tick in the box of the Watch GT 2e targeting fitness buffs.

With that aside, it’s the usual. The Watch GT 2e is really comfy to wear, largely down to its lightweight design and curved design which sees the strap flow into the watch and match the curve of your wrist. Also, swapping straps is rather simple with the always present quick release strap pins. The catch is that while other 22mm straps will fit the watch, the curve means they’ll look silly. That curve also causes a bigger problem when you need to charge your watch.

The curve means it can’t sit flush on a bedside locker while charging. It has to lie on its side. An unusual design oddity from Huawei who’s been pretty on fleek to date.

Huawei has also been busy adding new watch faces and I love some of the new ones. It’s important you keep things fresh you know?

When it comes to functionality, many focus on the lack of support for third-party apps. I know I used to. Things have just started to get really exciting. Just like I’ve been calling for patience with the Huawei AppGallery, Huawei Watch is starting to deliver functionality within its own eco-system.

Music is the prime example. Many dislike the idea of a watch incapable of syncing with Spotify. Again, this was something that bothered me. This year, Huawei launched their own music service, creatively called Huawei Music. Now, it’s not Spotify or Apple Music, but like everything else Huawei does it’s improving fast. Because I’ve got Huawei Music I can sync music from that service to my watch. It does have a certain “work around” feel to it with music being downloaded and converted for your watch. But it’s a start and it’s works, even if the transfers are a little slow.

The watch makes one sacrifice from the Watch GT 2 which I actually did use. There’s no speaker now. I used this when running with my partner and we wanted to both hear the watch fitness instructor. You can still link your Bluetooth earbuds with your wrist for when you’re out breaking a sweat though.

And now that we’re talking about fitness, it’s the perfect time for a segue.

Huawei has one massive angle with the Watch GT 2 Series. Fitness is amazing on both. Both watches feature more or less the same fitness tracking, but the GT 2e just has more of a fitness look and feel. I’ve been out for a few runs with the Watch GT 2e and love some of the fitness functionality, which I’ll admit I’ve spent more time playing with. Why? Because this feels like a fitness watch.

Going for a run, I can choose from set workouts or build my own. I prefer to set my own. Saying I want to hit 5km and even pop in a target pace. The watch then sets up a virtual running companion who keeps me on my toes. I really found this useful. I haven’t run in ages and set myself the goal of achieving 5km in less that 40 minutes on my first night back. I needed a lot of breaks, but because of virtual companion I was able to keep on pace. I treated the companion like a knife-wielding murderer who I needed to stay at least 10 meters ahead of.

And just like that, I have a method. I can try shave thirty seconds off every night by staying ahead of the data. And data really is key. I get live feedback on things like my heart rate and to top it off, the Huawei Health app has a nice map of my route with all the usual info like calories burned ready for me to review. The Watch GT 2e is up there with the best of the best when it comes to Fitness Trackers.

There’s a whole wealth of workouts the Watch GT 2e can help you out with too. The watch is also water-resistant and works well in water, even supporting triathlon mode. Because the watch is GPS enabled, even without a phone connected, it’s clever enough to change modes as you change discipline. Here’s a small selection of the most popular workout modes featured.

The entire experience of working out with this watch was nice. This is in no small part to being able to run untethered. All I need is my watch and my earbuds for fitness tracking and music.

This is once again the Huawei Watch party piece. Since the first Watch GT, Huawei has blown minds with their battery life. Instead of a wearable that needs to be charged every night, with the Watch GT 2e you’ll only need to charge every two weeks. This is down to a few factors. Dark colour schemes and defaulting to screen off when not in use, shows that Huawei is boxing clever and reducing strain on the battery where it’s least noticed. But it is more than that. I’ve been harping on about the Kirin A1 chip for quite some time now but anything that little chip touches seem to be awesome. This chip is specially designed for wearables and has featured in earlier watches and the Huawei FreeBuds 3.

The Kirin A1 chip also means you get high performance with lower power consumption.

To be frank, as brilliant as the battery life is on the Watch GT 2e, it’s almost the minimum that the entire industry should meet. For me, that’s the frustration with the whole Google scenario. It feels like we’re keeping the most innovative markets shackled.

If you’re an Android or Huawei phone owner, in the market for a smartwatch and are into fitness, this purchase is a no-brainer. It’s between this or the Huawei Watch GT 2. Both will work with iOS, but I struggle to see why you’d not buy yourself an Apple Watch if that’s your eco-system.

The perfect setup for me, and I’m fortunate enough to live it, is the Huawei Watch GT 2 with a leather strap for when I need to look fancy and the Watch GT 2e for workouts. I’ve been won over by non-Android operating systems and can see the Huawei eco-system challenging that of Apple. Right now, if you buy a watch likes this I do wonder if it will meet your every expectation or what they may be. But with an incredible battery, ability to let you run untethered and impressive suite of workouts, I can’t see it disappointing.

Does the Huawei Watch GT 2e work with iPhone?

Yes. While not all features are compatible, generally the watch will work with iOS devices.

Where can I buy the Huawei Watch GT 2e?

The Huawei Watch GT 2e is available to buy directly from Three Ireland.

How much does the Huawei Watch GT 2e cost?

This is perhaps one of the biggest draws. The Watch GT 2e costs just €169.

Can I install apps on the Huawei Watch GT 2e?

No. The only things that work on the watch are features Huawei have pre-installed.