Home Tech news Google Brexit: Irish Passports And A Surge In Searches From People In The... 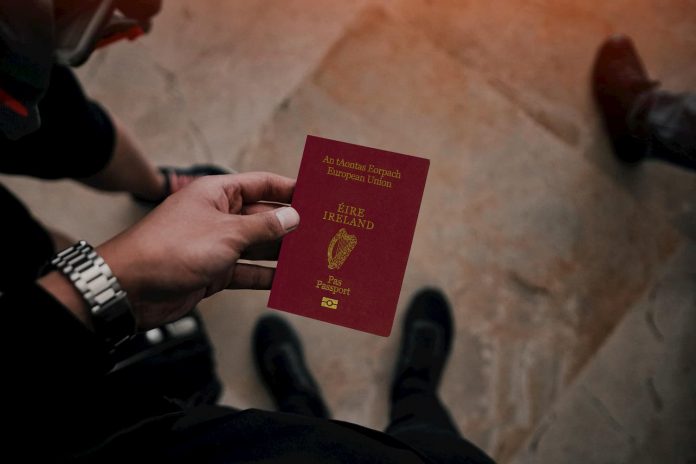 If you ever want to check the date of the United Kingdom’s Brexit vote, I have a novel, if not slightly long-winded, way to check. Open Google Trends, type in “Irish passport”, change region to the United Kingdom and expand the date range to five years. Here’s what you get:

See that massive spike in June 2016. That’s the time of the Brexit vote. The day when the UK voted to leave the EU and millions of Britons turned to Google to find out how could they get their hands on an Irish passport.

Google Trends offers a unique insight into the mindset of a nation. When Donald Trump was elected President of the United States, the exact same thing happened where people started to seek out their options towards making their second nationality a bit more formal.

How To Read Google Trends Data

Rather unsurprisingly, Northern Ireland has shown the greatest leap in interest for Irish passports.

It would also appear that slightly more people are seeking out an Irish passport for the first time. This becomes apparent if we compare application and renewal searches.

It’s hardly a massive surprise that when we shift focus towards England, both Manchester and Liverpool lead the searches for Irish passport information.

When we run the same applying versus renewing comparison that we did for Northern Ireland, we see similar results. However, as you might expect, there’s less interest in renewals in comparison to first-time applications.

I’ve adopted a saying I heard years ago. You’ll tell Google things you wouldn’t tell your friends and family. I’m sure there’s plenty of people in these searches discreetly applying for their Irish passports while supporting Britains exit from the EU.

The long term consequences of a no-deal Brexit will far surpass a potential difficulty in ordering from Amazon UK here in Ireland. As Google searches are showing us, people are concerned to the point where they’re finally taking the plunge and getting themselves an Irish passport. Can we really complain though? We’ve been taking footballers from England and the rest of the UK on the granny rule for years.

Huawei FreeBuds 3i Review: €99 For Excellence

OPPO Ireland: Everything You Need To Know